A nice bit of writing. 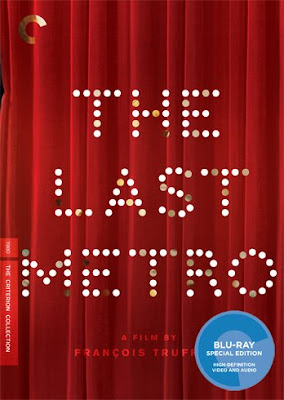 I watched Truffaut's "The Last Metro" last night, a complicated story that takes place in Paris during the Nazi occupation. There was one scene in the movie that really stuck with me and it had nothing to do with Catherine Deneuve being in a state of deshabille.

In this scene Deneuve is reading aloud a theater review by Daxiat (Jean-Pierre Richard), a Jew-baiting collaborationist stooge who is an influential theater critic. Deneuve reads the review and concludes: "He signed it but it reads like an anonymous letter."

Every once in a while, you hear a bit of writing that makes you proud to be a member of the human race.
Posted by george tannenbaum at 9:03 AM