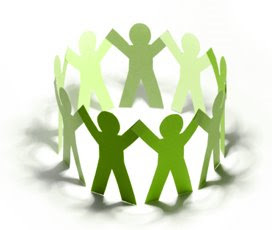 A friend of mine recently was called for an interview at one of the Madison Avenue behemoths. Given the economy and the industry he showed up for the interview. He met first with an HR person who handed him an application that sought to replicate all the information that was on his resume. This friend is in his 50s, so it seemed to him somewhat irrelevant to have to write down where he went to high school, but he did.

As he complied with the form, however, he began getting angrier and angrier. Then the final straw. Under employment history there was a 1"-square box that asked you to fill in "Reason for Leaving."

"For the life of me," he said, "I couldn't think of what to put in that box. How do you encapsulate office politics, petty battles, ego conflicts, lack of opportunity, wage freezes, broken promises, head games, lack of support in a box?" he asked. "Even if the agency you left was the Madison Avenue equivalent of Utopia, there had to be some scintilla of bad feelings as your 'Reason for Leaving.' I thought and thought and couldn't come up with an HR-acceptable response. Finally,desperate, in one box I wrote 'Swine Flu,' in another I wrote "gambling addiction." In yet another, simply "cancer," and in the last "death of loved one." These are all things HR thrives on. My guess is, they'll call me back."
Posted by george tannenbaum at 9:39 AM

It's a sad state of affairs when an application for for an agency mimics one for McDonald's...

HR is such an oxymoron! Especially in the last few years as they have had more power.