A story about Eleanor Roosevelt. 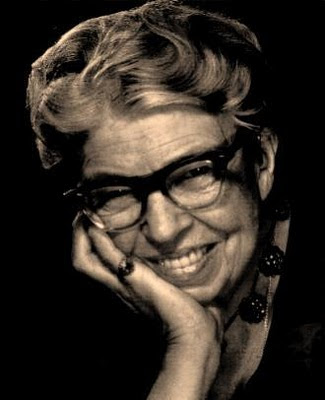 A little less than two decades ago I attended an advertising awards show that focused on the financial services industry. (I was working on a bank account at the time.) This awards show featured Elliot Roosevelt, Franklin and Eleanor's son, as a speaker. I'll never forget the story he told.

He said something like, "Everyone knows my mother wore those big black glasses. She really couldn't see without them. What people don't know is that she couldn't hear either and thus had hearing aids within the temple portion of her glasses. When she was really bored, she would look at the person boring her, take off her glasses and look intently and say to herself, 'I can't see you and I can't hear you.'"

I have always admired Eleanor Roosevelt.
Posted by george tannenbaum at 7:36 AM