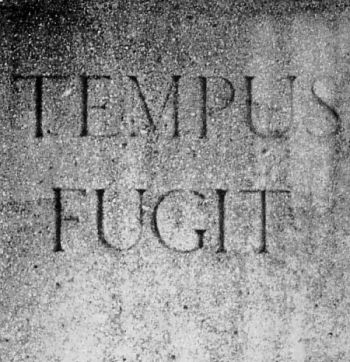 Last night I was once again visited by my old and persistent Nemesis, Dame Insomnia. She drops by often and is hard to get rid of. In fact, the only way to chase her away is to arise from bed, get dressed, accouter Whiskey my nine-month-old golden retriever, and head out for a late night toddle.

Usually on these sojourns I walk long-enough to chase her away—even if it takes three or four hours. These journeys have taken me and Whiskey all over Manhattan and into the South Bronx. We go without thinking, where our six feet take us. All in the hopes of “disappearing” she who must be obeyed.

Ninety-first Street between First and York Avenues is as desolate a street as you’re likely to find in Manhattan. When the city was industrial—really, not too many years ago, there was small industry here. A vinegar factory. A commercial bakery. A plumbing supply company.

The buildings on the street are of the broad-shouldered ilk. They are low and wide, with high floors and a squat demeanor. The industry has left and they house now gourmet food stores, Pilates studios, dog-groomers and other dilections of the near-rich white.

Still, there is warehousing here. Verizon one of the evil phone companies that deregulation of the telecommunications industry have visited upon the citizenry, stores its ugly black, white and red vans on 91st Street along with assorted equipment they use to disrupt the service they promise is so reliable.

Their presence, and that of sundry other industrial concerns, lends the block a 24-hour life. There are comings and goings at all hours, which is fine because there are no residences on the block, except at its corners, which have been gentrified into condominium high-rises.

I wandered last night onto 91st Street, having heard about an after-hours place called The Tempus Fugit. I walked past the street number three times before I found it, hidden behind industrial doors painted slate grey and showing 20 years of dents.

Behind those doors was a vintage liver-colored bar, complete with brass rail, with 10 or 12 stools along with four or five rickety tables for two or four pushed hard against the far wall. In all The Tempus Fugit was no more than 15 or 20 feet wide and maybe 25 feet deep. A small place, but inordinately the right size.

I made eye-contact with the ancient bartender—the only other human present—and immediately glanced down at Whiskey. A silent indication that I intended to bring her, though she’s under-aged, into The Tempus with me. He gave me a nearly imperceptible nod and Whiskey and I walked in and I sat on a stool one in from the end.

I ordered a Herzmorder, complete with an umlaut over the “o”—they had it on tap—and secured a bowl of water for Whiskey.

“Insomnia,” I offered when the bartender brought me my brew.

“How long have you been here?”

“No, The Tempus Fugit. How long has the bar been here?”

“Since Prohibition,” he explained. “We opened behind those doors to cheese the bulls, and we just never closed.”

“We get that a lot.” Without asking, he drew me another Herzmorder and slid it along with a small wooden bowl of Spanish peanuts along the bar as he walked back to me.

“Apnea?” He asked. “Nocturnal myoclonus? Tell the doctor. It’ll make you feel better.” He leaned over to listen.

“I have a lot going on. I’m getting old. I’m staring down the barrel of,” I stammered “of obsolescence. Non sum qualis eram,” I said in Latin: I am not what I was.

“Latin,” he said stating the obvious. He gave me quid pro quo: “Sum quod eris.” I am what you will be.

“An old man,” I laughed. “But one people count on.” I drew a long swig of my Herzmorder, finishing off the umlaut and wiping my lips dry.

“On me,” he said shoving the bill back my way.

And Whiskey and I walked home. It was time. I was tired.

Posted by george tannenbaum at 12:59 PM

Quite a story George, ever think of writing the book you know is I you, the one you'd like to read?

Anonymous. I'm not so sure it's in me.