A day at the (rocky) beach. 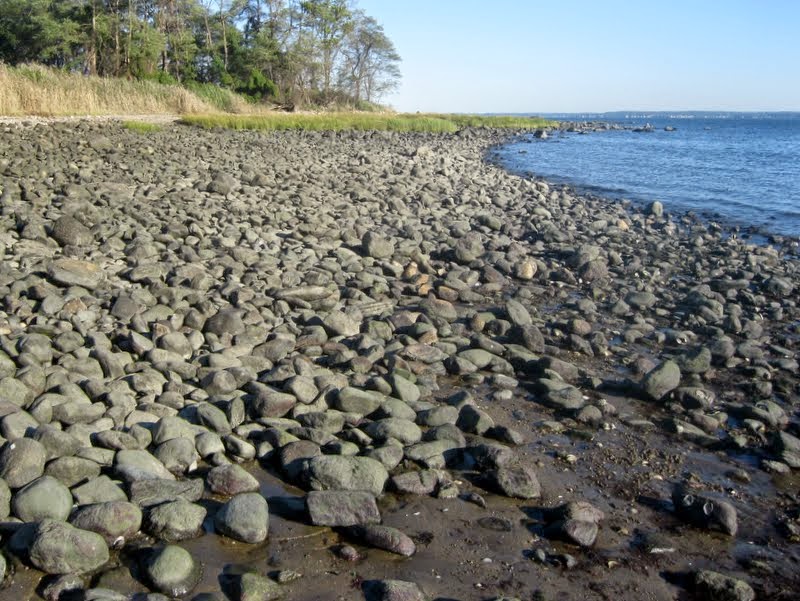 We woke up early as we had for most every weekend morning since October. Whiskey knew what was coming and she led the way down to the garage. She hopped into the back seat of the car which we had covered with a tan quilted affair, hoping to keep the leather upholstery free from the hair and grime of a city dog.

We then took a sharp left out of the driveway and headed north to the littoral just beyond Rye Playland amusement park. We drove up the war-torn FDR Drive which is still marked and potholed from the travails of both heavy traffic and a rough winter. We navigated the worst roads in the area--and the worst drivers--and made our way across the Bronx without kissing another car or being swallowed by a giant highway crevasse.

Finally, we emerged into the greenery of southern Westchester and found our way into the dirt, sand and rock parking lot of the Edith G. Read Wildlife Sanctuary, which abuts a rocky stretch of beach girding the Long Island Sound.

Whiskey leapt from our car and over a small railroad-tie barrier and made her way down to the clear cold water. I popped the trunk and removed a small urethane bumper that hunters use to train their dogs to retrieve.

Whiskey ran and I walked to the water. When my shoes were fairly soaked through by the saturated sand, I unveiled my strong right arm and slung the bumper a good 75-feet or so into the shallow sea. Whiskey galloped into the drink and ran toward the float. The tide was out and the water was so shallow Whiskey never even had to swim.

She brought the bumper back to me, and I tossed it out again, searching for a deeper area where she would have to swim. After a few tosses, I found the zone and she and I settled into a good throwing and fetching rhythm. She ran, swam, fetched, swam, ran, dropped and readied herself to do it again. 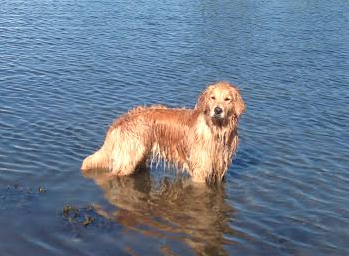 We repeated this for literally two hours. Along the way, my wife and I watched a seagull drop a clam in order to get to its succulent meat. We saw two great white herons hunting in the muck and further up the coast we watched three Puerto Rican fishermen surfcast in the hopes of bringing home a striped bass or two.

Over the course of maybe 100 throws, Whiskey's gait slackened. Her entry into the water went from gallop, to run, to trot, to tentative. Her swimming stroke also slowed accordingly. My shoulder, after those 100 throws, began to ache.

Finally, it was time to go and we be-collared and be-leashed our tired and wet puppy. We walked the mile of boardwalk from Edith G. Read's beach to Oakland Beach. We sat on a bench and Whiskey sat under it, panting, drying off and drinking the water my wife had brought for her.

When she was mostly dry, we walked back to the car. Whiskey lay in the back seat thoroughly tired. And I steered my way through the taxi-yellow bumper cars to home and the rest of our Sunday.


Posted by george tannenbaum at 4:30 PM