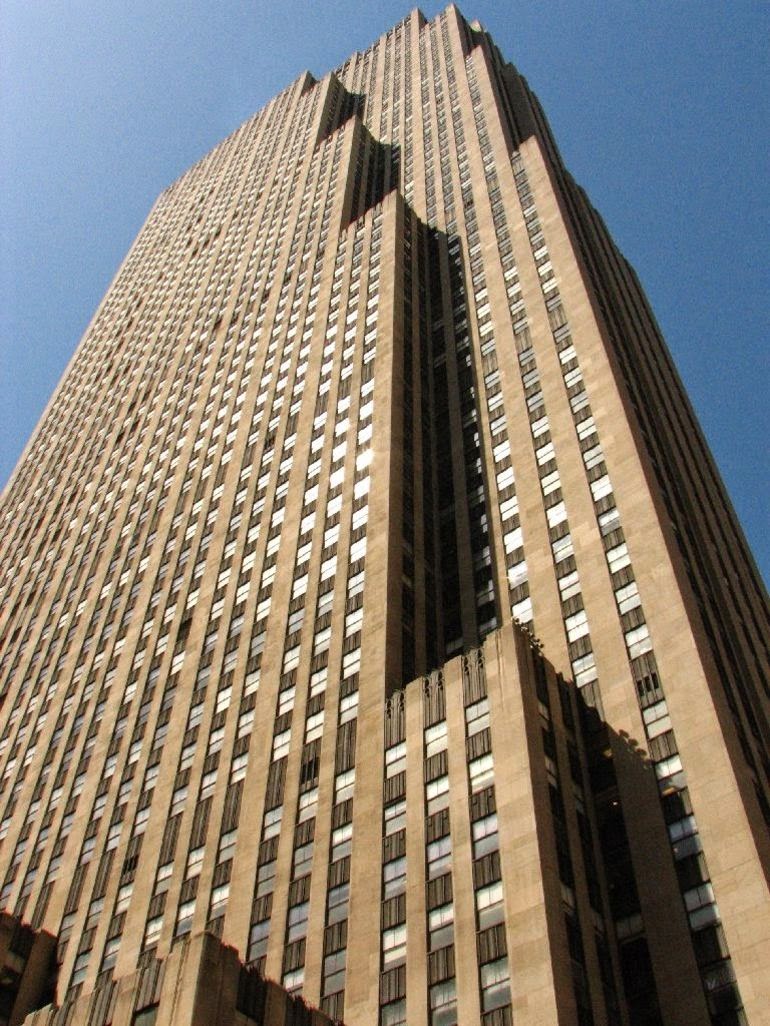 I just read something in "The New York Times," that Comcast, the universally-despised cable and internet provider is seeking to put its name in lights atop the tallest building in Rockefeller Center, the 770-foot-tall Rockefeller Building designed by Raymond Hood in 1934.

That building for decades had the initials RCA atop. Remember RCA? The Radio Corporation of America? Perhaps I always felt warmly about that sign because my father's first job had been as a copywriter at RCA and until he died he had an old RCA vacuum tube clock-radio in bakelite by the side of his bed.

About 25 years ago, the RCA sign came down and GE's logo went up. And New Yorkers, as they do, slowly accepted the initials of America's second-largest defense contractor and despoiler of the Hudson River (PCBs) lording it over our city like some super-villain in a Batman flick.

I could be wrong about this but I would imagine if you wired most people to a polygraphic graphic reader they would register great disdain and antipathy every time they ever see a Comcast logo. There's a skyscraper hard on the FDR down by South Street with a too-large by half Verizon logo polluting our sight-lines. It makes my blood boil.

Some city landmarks commission or another has to approve the signage change if it's to happen. The prevailing winds say that they will. They approved GE's usurpation 25 years ago and they were ok when MET LIFE went up and Pan Am's logo came down on what New Yorker's of my generation still call the Pan Am building, at 200 Park Avenue.

I think there's an important brand lesson here, maybe the simplest and maybe the most easy to ignore.

Comcast spends probably over $1 billion on advertising every year, but no one likes them. They act like some rich kids you probably grew up with who would invite you to their lavish birthday parties and you'd go because maybe you were all being taken to a Knick's game. You'd go even though you couldn't really stomach the kid. Make yourself likeable before anything.

No one likes Comcast.

And soon their ugly-ass logo will sully our majestic city's skyline.

And we will be reminded around the clock how much we are at the mercy of ugly companies we hate.
Posted by george tannenbaum at 10:53 AM