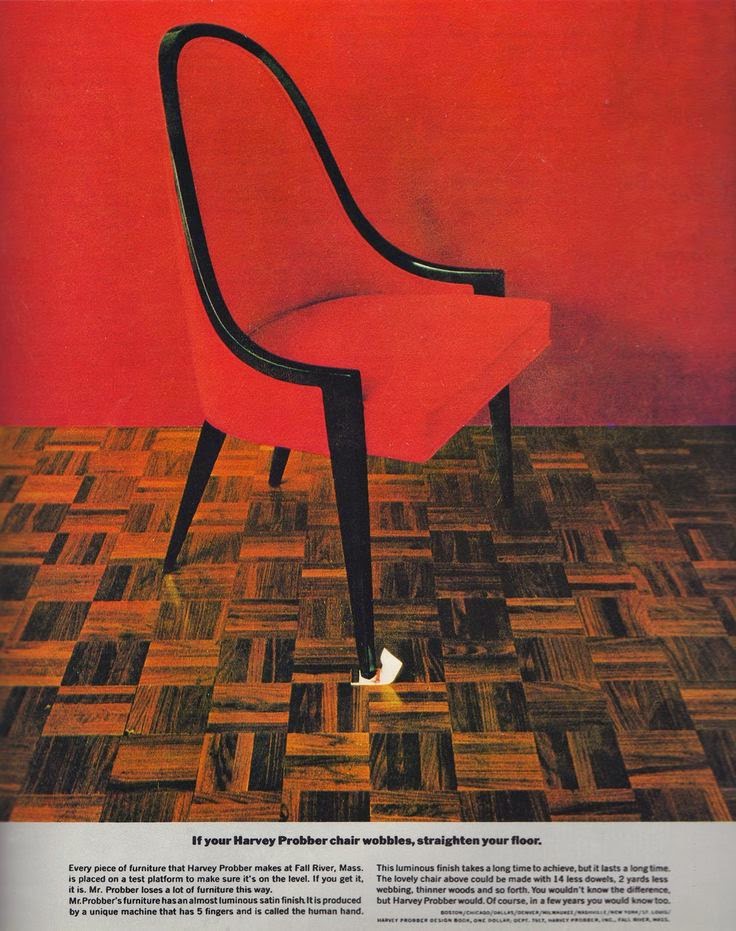 Julian Koenig died June 12th and his death escaped everyone's notice, including mine. I learned about it yesterday through America's top news-source, Facebook. Since then, I've mentioned Mr. Koenig's death to a few people--a few of my peers--and their reaction has been, who?

He wrote the Harvey Probber chair ad above. One of my favorites.

"If your Harvey Probber chair wobbles, straighten your floor."

He wrote for Timex, "It takes a lickin' and keeps on ticking."

As an industry, we eat our old and ignore our legends.

We act like a Yankee fan who doesn't know the Babe, or Mickey, or even lesser lights like Enos Slaughter.

We shouldn't live in the past, but we should learn from it.

For instance, in 1966 while being inducted into the Copywriter's Hall of Fame, he excoriated the organization for giving the award based on "creativity" and "artfulness." Sales should be the only important measure he said.

But what I'll spend some portions of the day doing is finding every Julian Koenig ad I can, and reading the copy.


Posted by george tannenbaum at 6:37 AM