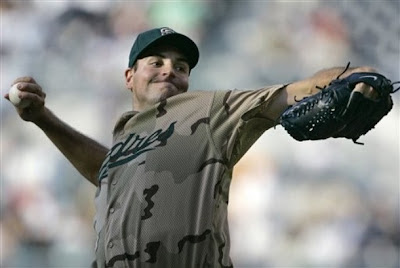 For whatever reason (a tribute to our troops whom the defense dominated broadcast industry chooses not to speak about) the Padres are wearing camouflage uniforms. This sickens me. A nation that refuses to sacrifice for soldiers, "plays army" with its baseball uniforms.
Posted by george tannenbaum at 7:20 PM