Throwing you a curve. 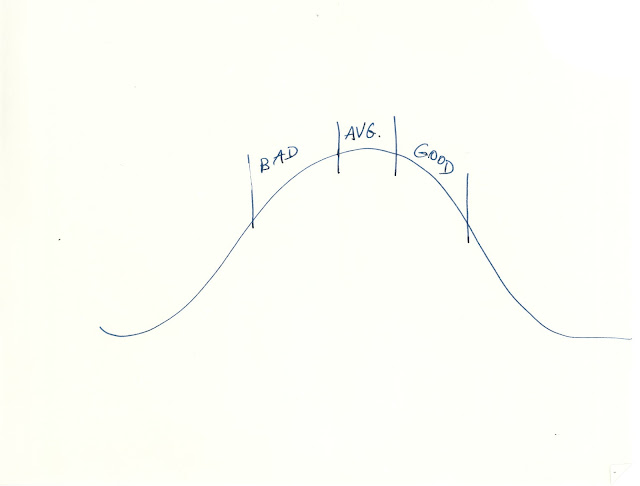 The above bell curve can, in my opinion, explain a lot. It's roughly speaking a way of dividing the agency world. And having worked at a dozen agencies since I started in advertising 28 years ago, I modestly believe this bell curve can explain it all.

The curve can also represent ambition or integrity.

It makes sense to look around you, to look critically at the people you work with and for.

Where does your agency sit on the bell curve?
Posted by george tannenbaum at 9:22 AM