My wife and Tom Joad. 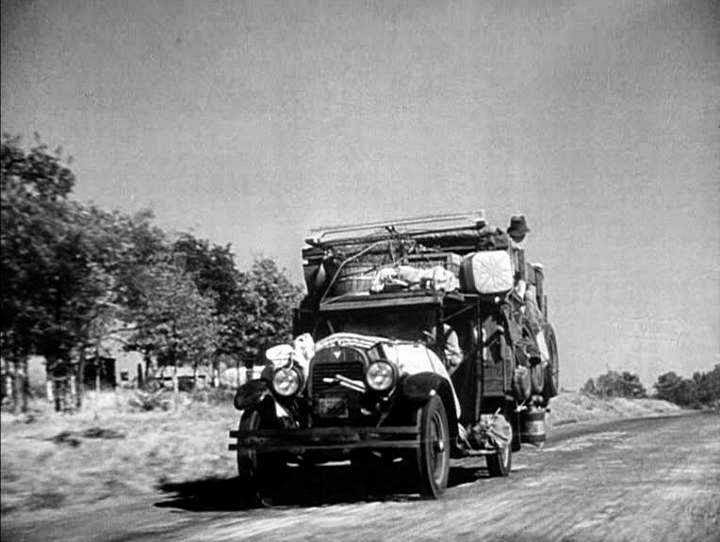 Eight months ago, after not having a car for over 30 years (my previous car, a 1976 Ford Capri which never ran right was stolen from a parking garage located at an old Mobil gas station on the FDR and 73rd Street that has since been torn down and replaced by a luxury high-rise) I went and bought a used 2011 BMW 3-Series with 33,000 miles on it.

It's a wonderful car. Just the right size for the city and for me and my wife and Whiskey. It's not as economical as I'd like--I wish I could have afforded the 2014 model which has a 4-cylinder engine and consequently gives much better gas-mileage, but other than that, it's pretty much a perfect car for us.

That is, until we drive back from a long weekend at the Cape, when my wife loads it like the Joad's Ford Model T.

It takes a lot to do that to a BMW.
Posted by george tannenbaum at 8:47 AM