There's a lot you can say about being quotidian about things. By that, I mean, doing something every day. With regularity. Doing things people can count on.

The sun, for instance, rises every day. Give Sol that. Not every morning is "rosy-fingered dawn," but epoch after epoch, the sun rises.

I know no one is supposed to ever again mention Woody Allen in a family blog, but he once joked that "showing up is 80 percent of life." I'd give showing up a little more weight. But what do I know? I've never even slept with a step-child.

I've probably had a toasted bagel in the morning, burnt with light butter for 10,000 straight days. I like burnt food, btw, it reminds me of my mother's cooking. As often as not she'd pour one of my old man's cigar ashtrays into the Wedgewood and call it dinner.

The other day--writing in this quotidian organ--I scribbled a sentence I had never scribbled before. I looked at it like I was an epauletted Stasi inspector. Is it true? Why have I never read this? Why hasn't this been brought us as a counterpoint to those hordes of algorithmic charlatans who believe in the power of ones and zeroes to zero in on one person's soul?

When you do something every day, you get beyond thinking and conscious thought and the great super-ego of don't and you just do. Most people don't can't won't get this. Or even think about it.

As I wander and wonder, I read. Reading is my wondering and wandering. Now I am about three-quarters of the way through linguist John McWorther's book, "Nine Nasty Words." 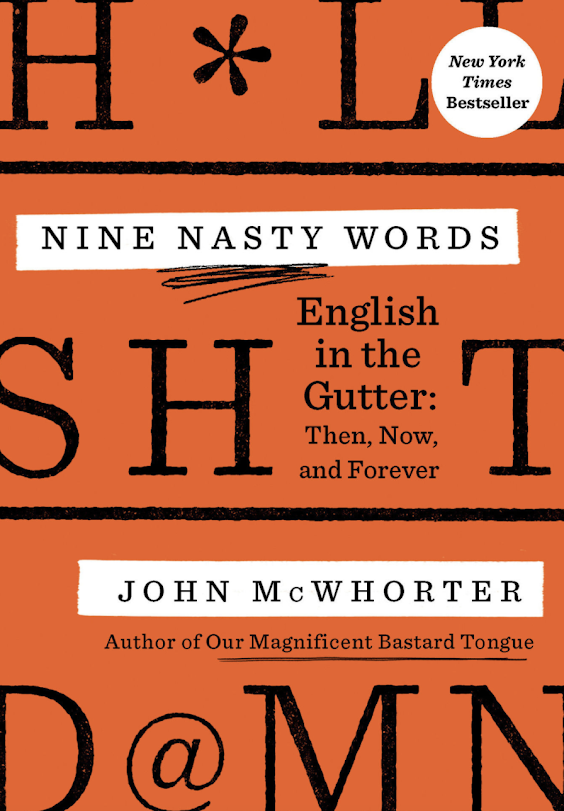 McWorther is the real deal. He travels thousands of years and thousands of miles to discover how some of the most-used words--curses--in the English language have come to be. How sounds have been dropped, how letters have been transposed, how invasions and marauders have changed words. How neuro-construction renders some words right brain, and others left.

The main thing you learn is something I learned many years ago, 90 feet below the surface of the Caribbean sea. My dive master darted away suddenly and amid miles of sand he saw and lifted an ancient anchor.

When we got to the surface I asked him how he saw the object. He said, "I saw a straight line. And there are no straight lines in nature."

The sentence I wrote in an earlier post is this: only people can create work that moves people.

Of course, there are exceptions to this. Computers are pattern-matching machines and can derive a spirograph sort of artwork that may fascinate. Likewise, you could program a machine, I'm sure, an intelligent machine, to write like any number of writers. They'd probably do a good job.

But it is weirdness and unusualness that hits people between the eyes and grasps their aorta like a moray eel a wounded fish. It is not data.

It is not data.

It can help a love letter find the right recipient. It can help the author with some knowledge of her auburn tresses and hazel eyes. But data is not human.

Data can't even do that most-human of all things. Fuck up. And in trying to fix the fuck up come up with something that for all 4.5 billion years since dear Lucy's print was fossilized in the south African mud, has never been writ before.

Since I once worked at a creatively moribund consultancy, I realized that the subject-object split in our industry is between those who think creativity can be regularized and mechanized and those who believe that most human progress comes from human errors. Perhaps the greatest film director of them all, Jean Renoir once said, "Loitering is the basis of all civilization."

The scientists have won in what was the advertising industry. They can tell you precisely what words will move your ad to people's eyeballs and to the pixel how it should look. They can also tell you how long it must take to construct that ad, where it should run and the exact color of the learn more button.

Like Oscar Wilde's adroit definition of cynics, they know the price of everything and the value of nothing.

They can make regular squares and rectangles. Shapes that nature doesn't make. That's what they do. And why 99.999% of the shit we see is just that. Shit. Worse--machine-built shit.

Only god, and humans, can make snowflakes.