I leave for Saltillo.

When I escaped the silent noisy penitentiary I grew up in, I had read no primer on running away, unless you count those dopey episodes of Leave it to Beaver where some kid is worried his mom will be angry for riding his bike into a hydrangea or getting a C in arithmetic, so he hides for six hours--till just past dark--in a small clump of trees the neighborhood boys call the woods.

I was thinking more like Huck. Turning to the barefoot and stupid for guidance. Huck, like me. Or me like Huck, locked in an old shed by a drunk of a father who had disappeared somewhere, who was laying, maybe, on the muddy bottom of some metaphorical river, with me locked up with no way to escape. Or my drunk of a mother locked in her room and howling silently like a de-trachea'd wolf on a moonless night, mad at the world, mad at it all, mad at herself and mad at the bottom of her glass because too much had gotten away and would never be.

If you've never set foot amid the sonic boom silence of a house filled with hate, you don't know what fear is. You don't know what emptiness is when you are punished, not for anything you did but for who you weren't and couldn't be.

Punished with silence and straps that turned off and on like a broken traffic light, without rhyme or order. The hatred and the hurt, the stench of stench filled every crack between every piece of parquet on their expensive for-appearances hardwood floors and none of it made a difference, I was locked in Huck's shed, the door nailed closed, no windows and no way out.

Also like Huck said, both my parents had gotten too handy with their hick'ry, and I was all over with welts. The worst kind. The kind no one could see.

For months I planned without telling anyone. Coach Babich, I asked him, one afternoon after I had gone three for four with maybe a double thrown in, could you write me a letter, to coaches I'll play for someday, describing my skill as a ballplayer. A testimonial? Could you do that for me, Babich? Of course he would.

I took that note to Senor Cowan, my Spanish teacher, the class I goofed off through, where in ninth grade a girl called Bev showed me her left breast when we were silent and smirking taking a test on el camino real. Senor Cowan translated Babich's note and I folded it in thirds and put it in an envelope, properly, like kids were taught in those days and stored it in my old army surplus olive drab canvas duffle.

I saved my money, here and there. Summer funds from being a game-room attendant at a cheap ping-ping-ping arcade, where I made $2.30 an hour and was able to save $300--which was a middle-class week's pay in 1974, though it took me an entire summer to do it.

Every night, it was like Marciano in the ring against me. Two Marcianos with heavy, well-taped hands. Pummelling away at my soul, with short hard rights and roundhouse lefts, hating anything, everything, any idea I had about doing what I wanted to do, and doing it my own way. Every night, Marciano, pere and mere, pummeling.

And every night, I bounced back. Or tried to, against the scar tissue. I will go to college in January, instead of September, I promised. I'm still young for my class--I skipped fifth remember, and I am a December birthday. Everyone else is 18, I'm barely 17, I tried.

I left when it was still dark, not all the way closing the front door lest their hatred-heightened-hearing would somehow stop me at the doorman. I left in the still dark, with a note written by my Huck in my neatest private school script.

Off to see, I wrote. Off to play ball. Off to discover.

I signed my name, first and last, to be sure they knew who the note was from. 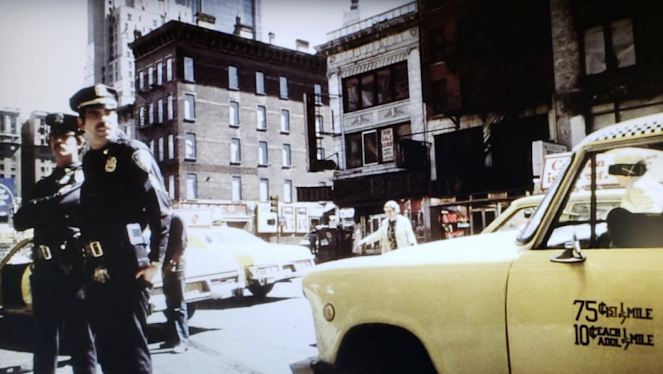 And with my bag and my glove and my spikes and my $300, I headed to the urine-scented capital of the world, New York's Port Authority bus terminal for a bus ride to who knew what.

With ever-watchful eyes and bearing scars, visible and invisible, I headed South, looking, hoping that I might win some redeeming meaning for having struggled and suffered here beneath the dirty skies.