Some time ago, the more-than-brilliant Dave Dye--the blogger we all should be following--did something ballsy. Something that no other advertising person or agency would have the temerity to do. He devised an experiment--maybe unscientific--to discern whether or not advertising is actually worth the effort.

I find what Dave did amazing.

He found a local cheese shop in his neighborhood. It had some signage outside that he didn't like--and he asked the proprietors if he could use that sign as an experiment. To see if better art and copy would drive more foot-traffic. 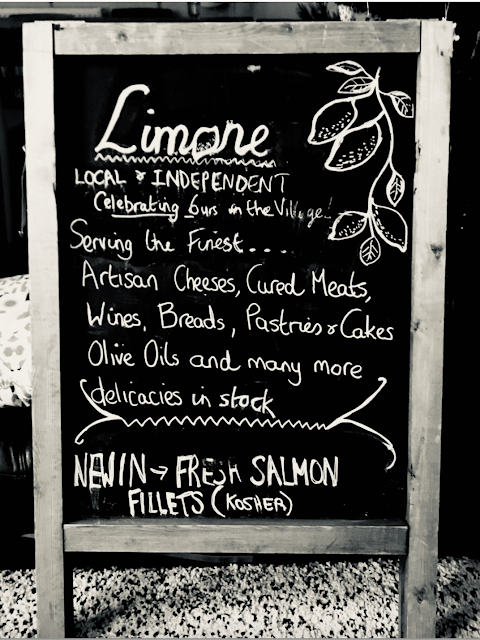 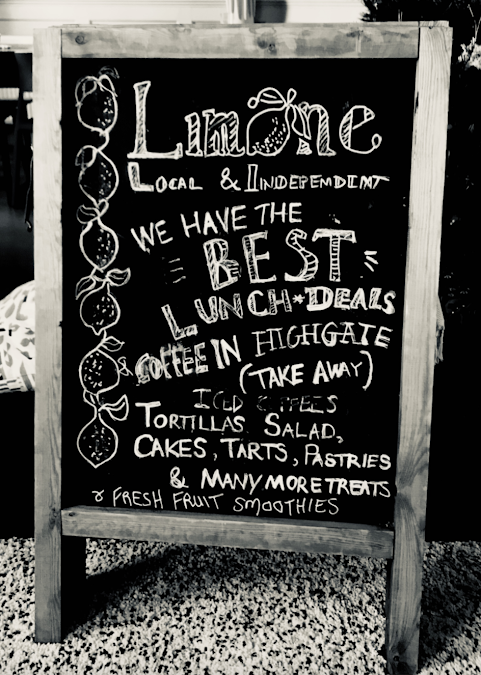 Dave went to the owner of the cheese shop, "the client" and offered to see if he could make a difference in her store's business through better signage. 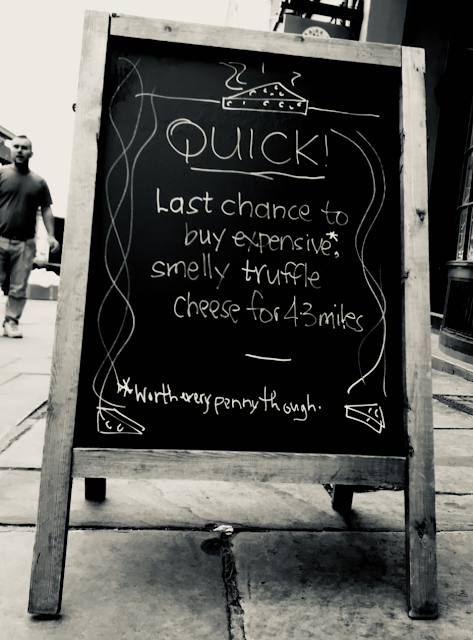 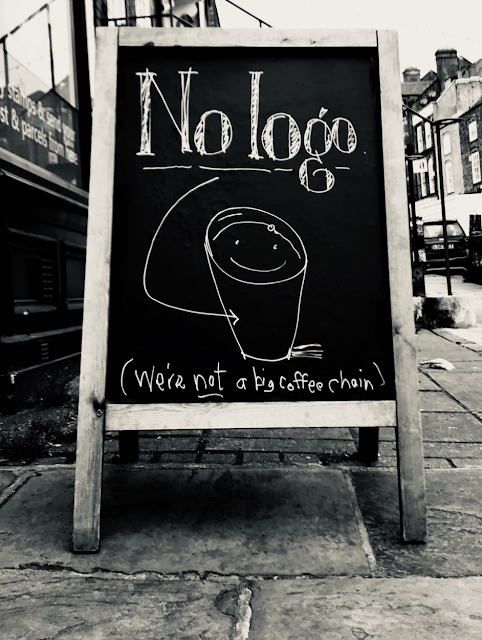 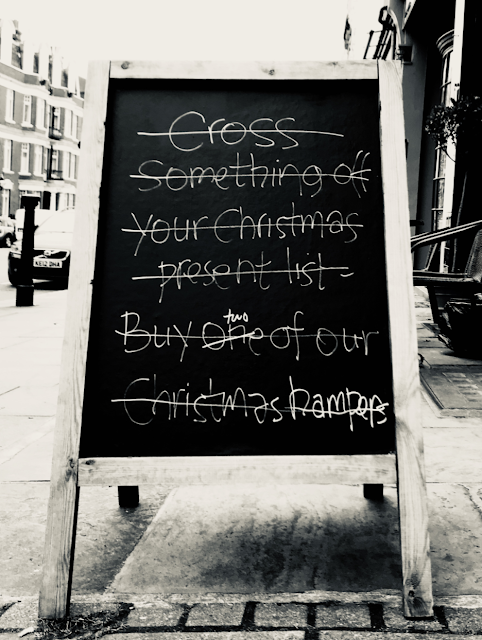 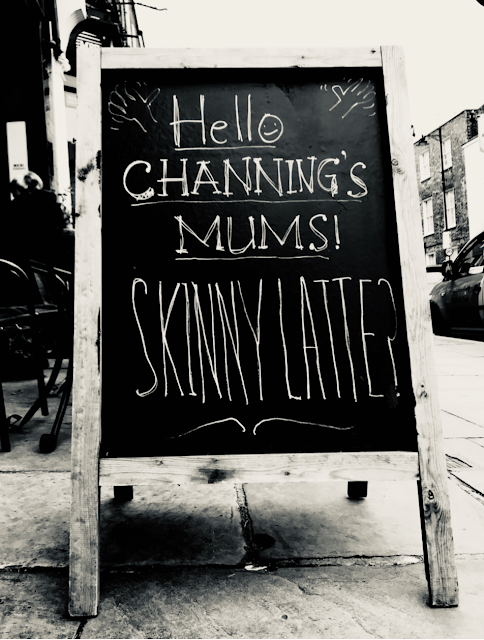 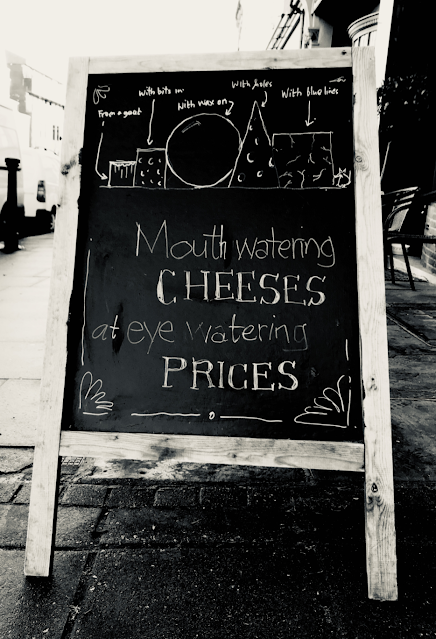 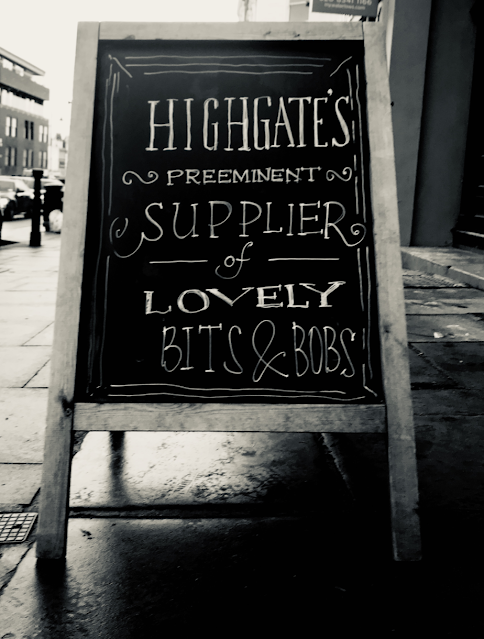 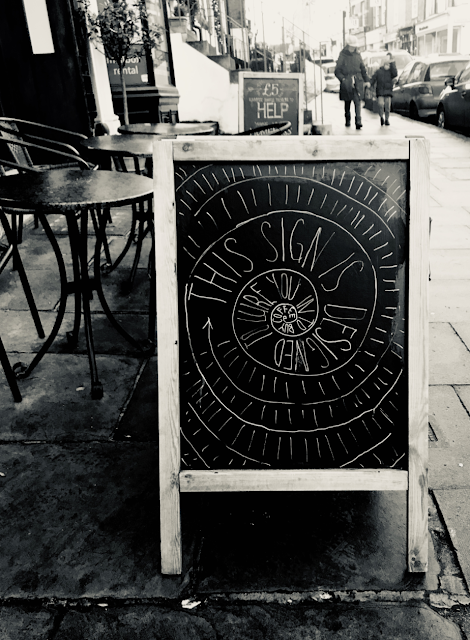 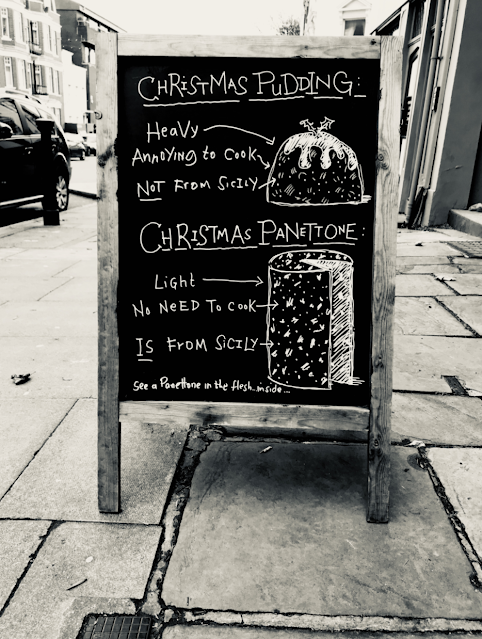 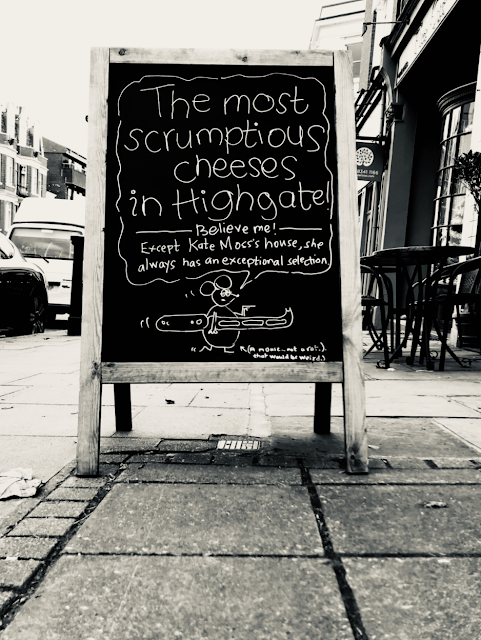 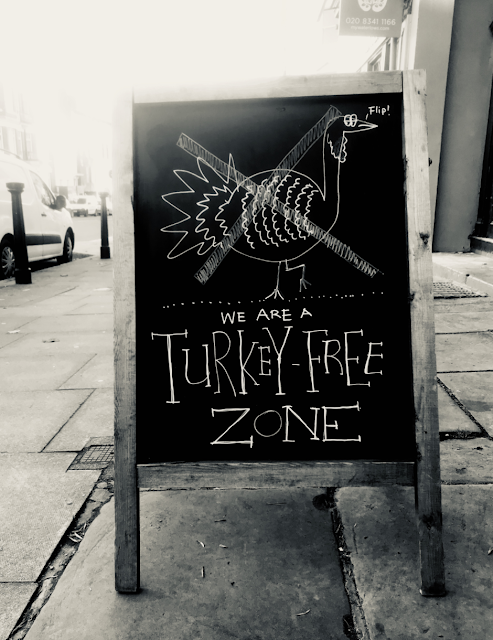 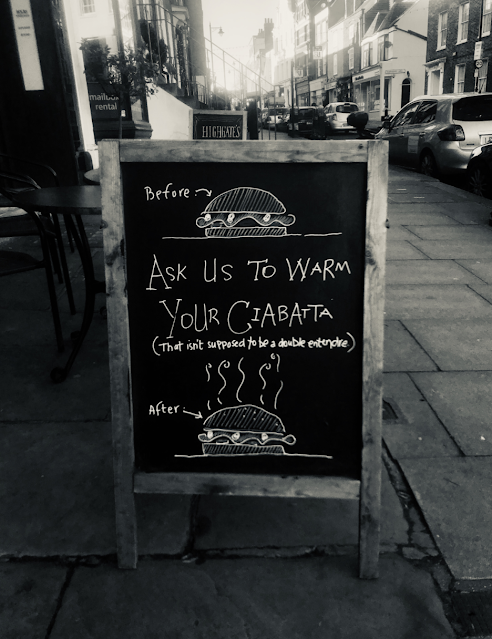 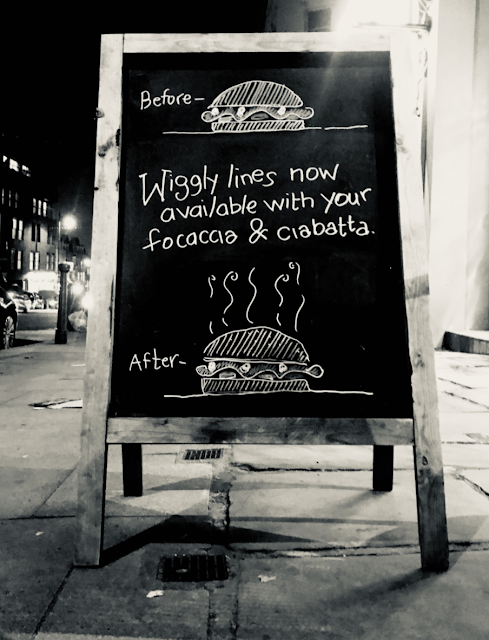 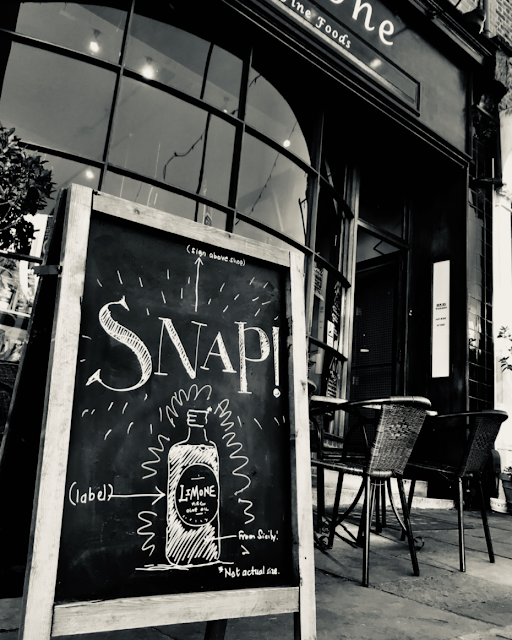 You can read more about Dave's experiments from Dave himself. Just click here.
However, my point today is not merely to fulsomely praise Dave.

It's to chastise the "deadness" of the modern advertising industry. The lack of bravery. The shortage of actual measurable belief in the efficacy of what we do.

That's all fancy-schmancy for "putting our money where our mouth is."

As an industry, we talk about brand building and sales-igniting. Yet the industry does precious little of it for themselves. Sure, agencies post shit.

But the operative word is shit.

And that which isn't shit is usually about as banal as a motivational poster from a North Korean re-education prison. Orwell as interpreted by Hallmark.

Very little of it contributes to the complex amalgam that is a viable brand.

We talk. But we don't put our own work to the test.

Can you imagine if you ran a holding company agency and were pitching a fast-food brand. What if you did something crazy like Dave did? Imagine opening your agency's branch of that brand with your agency's recommended advertising to see how many more people it brought in than that brand's current advertising.

I remember when Scali won the Mercedes-Benz business back in 1991. The story was that one young account person from Scali personally visited each of Mercedes' 300 US dealerships.

Care in extremis. As in putting your money where your mouth is.

Being kicked out of the business at the grey-haired and ossified age of 62 was--perhaps melodramatically--being served a career death sentence.

I was independent, suddenly and all at once operating without all that shit agencies talk about:

I was a dead man.
There are so many people who have won more awards than I--who were cheaper and cooler and cuter and easier to get along with. I realized all I had was my self and my brand.
Let me show the world I'm alive, I said.
Let me show the world what I can do, I said.
Let me show the world my powerful, pointed and acerbic wit, I said.
Let me make me.
I started running little ads. Made to stand out on Linked In. Though I'm not an art-director, I realized that most headlines these days are set in 12-point type. Type that looks classy in a conference room. It's effete and looks like it hopped out of an awards book.
But I'm not effete. I don't have a beguilingly light touch.
I'm from the Bludgeon Academy. I made my headlines as big as I could. I wrote things I thought were biting, sharp, topical and funny. Sometimes arrogant. Sometimes self-effacing.
Like most things new, they started with a whimper, not a bang.
But like Dave Dye with his ads, I learned with mine. I gained followers like an evangelical preacher with a new blow-dryer. And earned, over the course of a year, about seven million free impressions. Not to mention resonance in the five measures I mentioned above. I became a name.
This is a lot for a Friday.
But I can sum it all up in a sentence or two.
I'm doing well because I do good, truthful advertising. I run it often because it works.
I don't have an MBA. 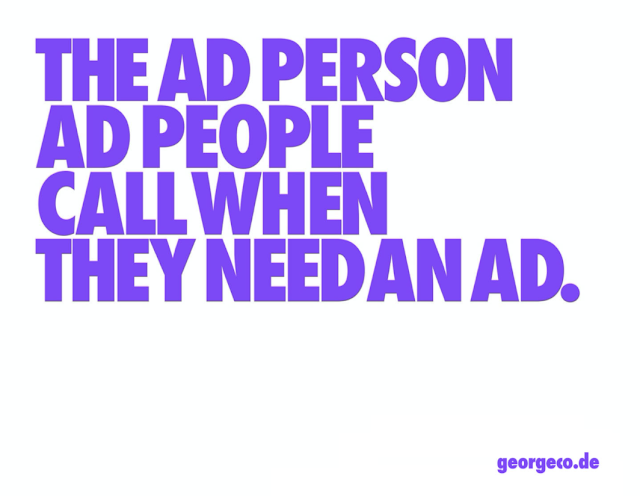 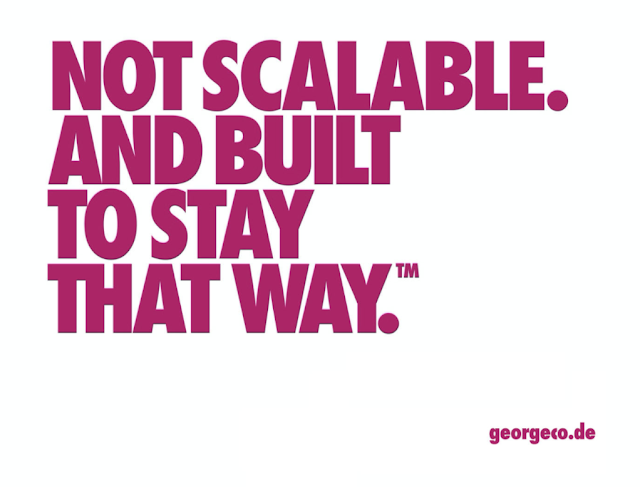 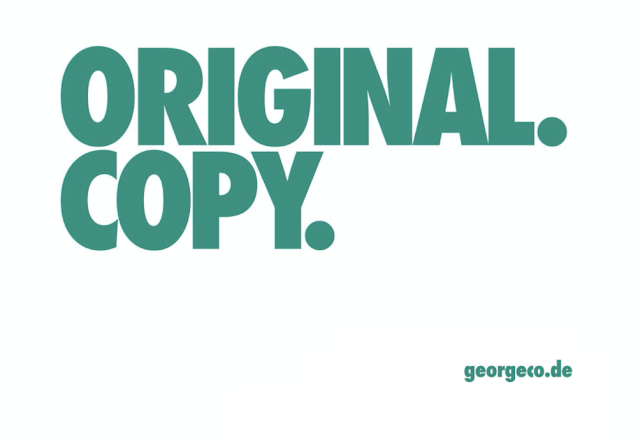 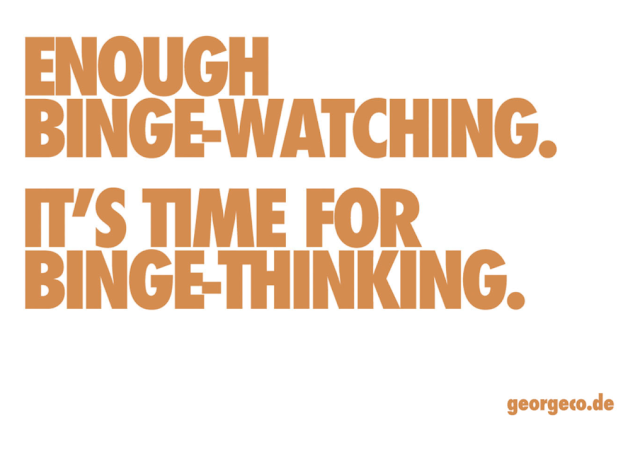 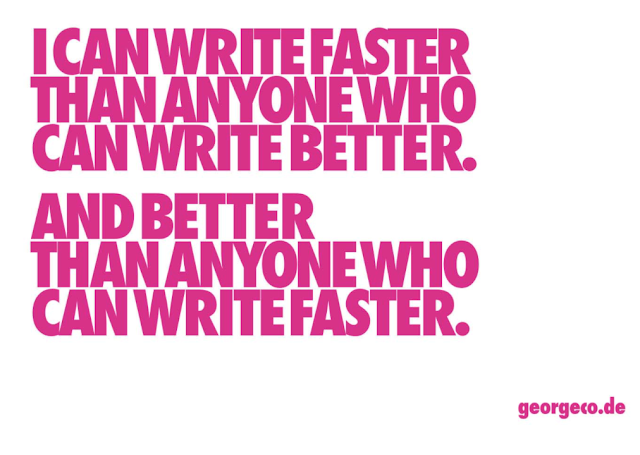 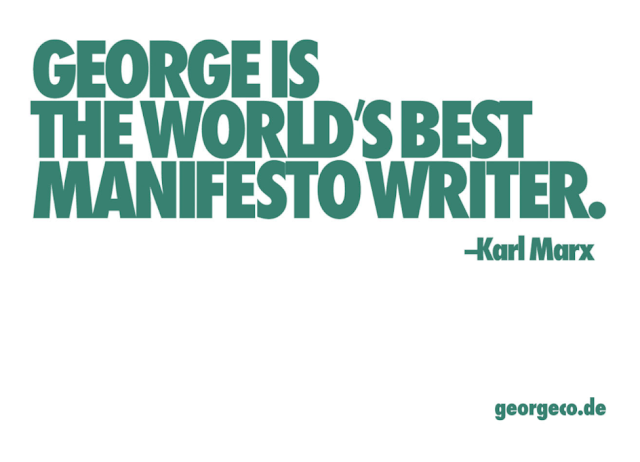 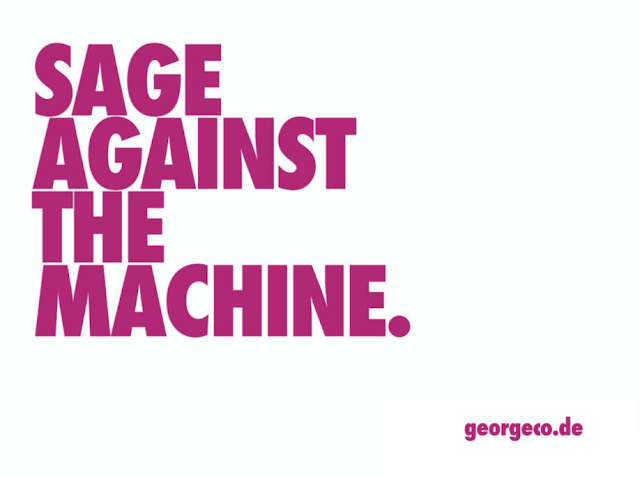 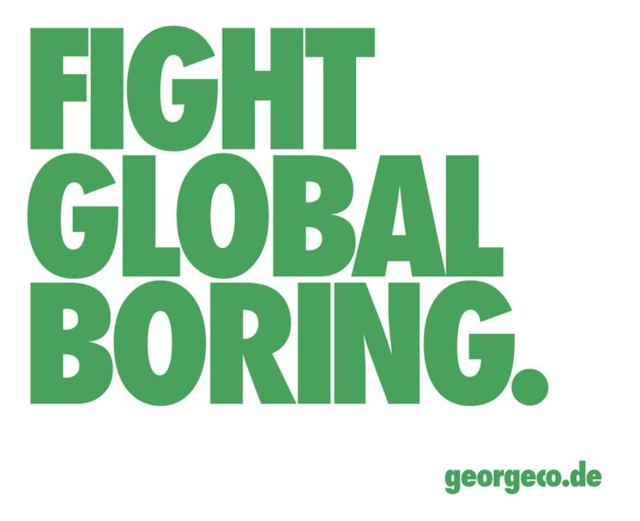 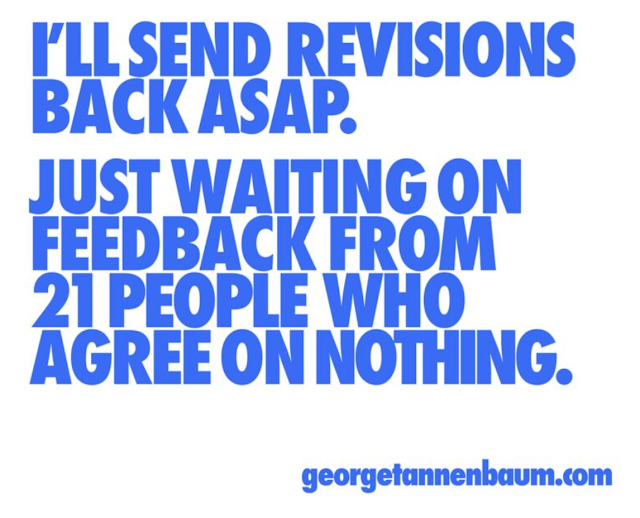 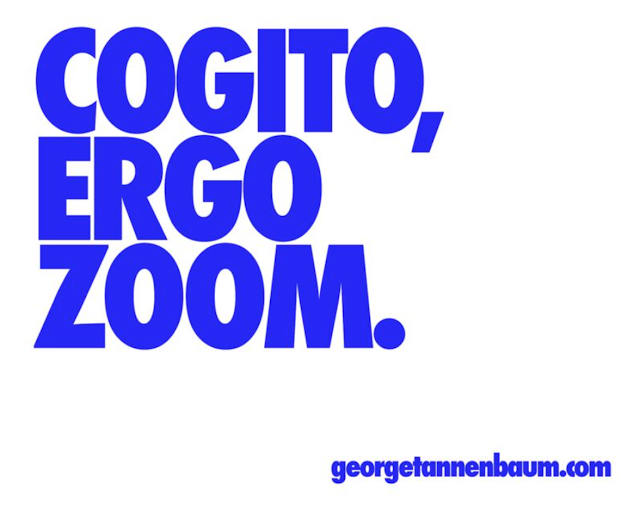 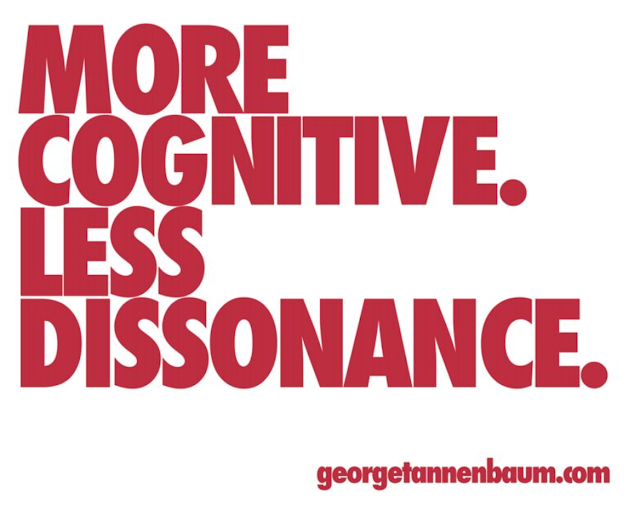 Posted by george tannenbaum at 6:20 AM