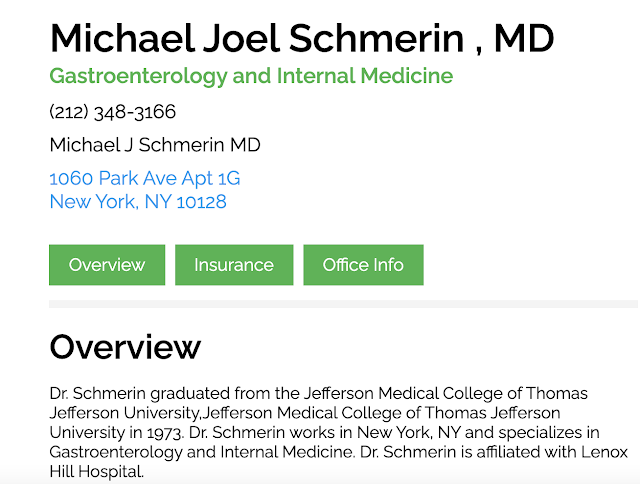 I was in New York last weekend, coordinating my visit with two events. One, my every-five-years visit to Dr. Schmerin, for my colonoscopy. And two, a visit from my Aunt Sylvie and Uncle Slappy, who had been away from New York since the pandemic began 21 months ago and needed real New York rugelach* and pastrami or, in the words of Uncle Slappy, "we're going to plotz**."

Uncle Slappy and Aunt Sylvie, touch wood, are 94 now. But, again touch wood, they were able to fly up on their own and make it to my apartment all in one piece and without being assaulted by rogue miscreants or even a gypsy cab driver. Touch wood once again, all their faculties remain in tact, and while they move somewhat slower than they used to, they still curse at the TV as they watch Jeopardy and Uncle Slappy still does--before I wake up--the Times crossword in ink. 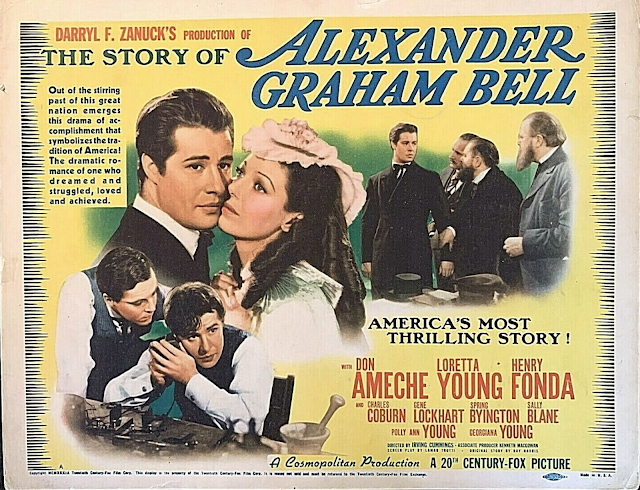 Of course, there are anachronisms when you're dealing with people who were born in the late 1920s. For instance, Uncle Slappy still calls the telephone "the Ameche," after Don Ameche, the Hollywood star who played Alexander Graham Bell in the 1939 movie, alongside Loretta Young and Henry Fonda,  about the invention of the telephone.

I grew up, too, calling the phone the Ameche. And on occasion, I'll bellow at my wife like Benjy from Faulkner's "The Sound and the Fury," and ask at the top of my lungs, "Have you seen my Ameche?" With the patience of Job and the composure of Mrs. VanderLoo, she'll answer, "Your iAmeche, I presume." Thus chastened, I'll repeat the question more properly: "Have you seen my iPhone?"

If you were born, as I was, old, and raised by wolves from an earlier time, you never fully adjust to life in our present benighted state. I'm sure in my waning days at Ogilvy, I was still calling proofs "mechanicals" or "blues," and was on occasion referring to the Avid as a "moviola."

To be clear I'm not sure I'll ever call Mount McKinley, Denali or ever fully accept that the Houston Astros are now in the American League and the Milwaukee Braves are Nationals. Neither will I ever call Citifield anything but Shea Stadium. People aren't that different from sea turtles. We tend to return to the places we were born. And there's very little anyone can do to break the marrow of habit. 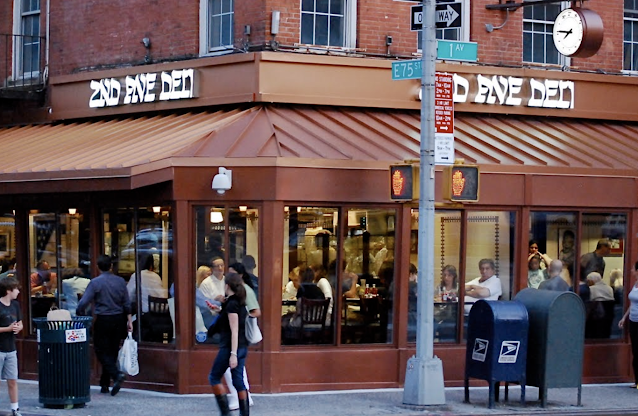 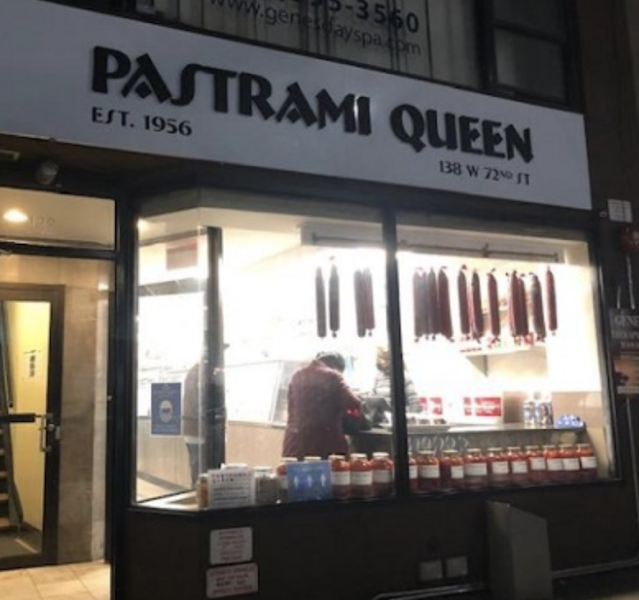 Aunt Sylvie, Uncle Slappy, my wife and I sat down to dinner just a couple hours after they arrived. I had added three-miles to the tally on my Apple watch with the Daily Deli Double.

First I walked half-a-mile to Second Avenue Deli--which oddly enough is on First and 75th. They have the best health salad in the city. I stopped there first for a two-pound container--basically enough to landfill the entirety of Sheepshead Bay, and a pound of Israeli salad--which the Mexicans behind the counter assured me was not made with real Israelis.

From Second Avenue Deli on First I walked due west--about 3/4 of a mile to Pastrami Queen, formerly of Kew Gardens, Queens, and now ensconced on both the Upper East and the Upper West Sides.

At Pastrami Queen, I got the Trifecta. Three sandwiches--enough for 12 people, or one medium-sized Shiva, one each of Pastrami, Brisket and Corned Beef. Each smoked meat was, according to the Torquemada of deli meat, Uncle Slappy, better than the previous taste. I also got a two-pound container of kaska varnishka†, fifteen sour pickles, and a cinder-block-sized piece of seven-layer cake which is to confections as Reubens was to fat ladies.

The final delicacy I brought home was--a quarter pound (no more, it will go bad) of Pastrami Queen’s surpassing chopped liver which my wife claims is "almost as good as her grandmother’s." That statement is the highest praise a Jew will ever give to anything store-bought. The grandmother is, appropriately, the apotheosis of perfection in organ meats.

In all, I walked a total of three-miles while carrying about fifteen pounds of high-quality cholesterol. If you cut it all properly, the street value would have been in excess of $400.

After finishing a bissel†† of this and a bissel of that, Uncle Slappy, like a brain surgeon, lowered the tip of his spoon into the small container of chopped liver. As if by limbic-connection, his eyes closed the moment the substance touched his tongue. His eyes stayed closed for what seemed like ten minutes. "Boychick, your own business you are running now?" He asked-answered.

"An idea for a product for you, I have."

I waited. Letting the tension of the joke build.

"Frozen chopped liver on a stick you eat like a popsicle." 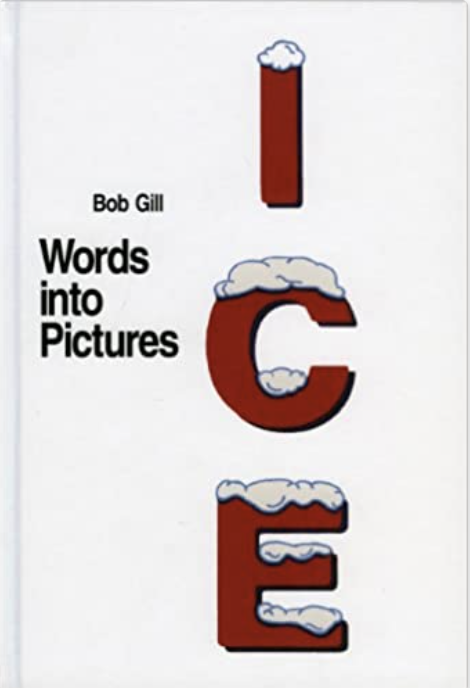 "We'll call it," Uncle Slappy said with a smile, "Frozen chopped liver: The Shiver Liver. You'll be a billionaire."

With that, the old man belched a silent belch, grabbed a cinnamon rugelach and went to the living-room sofa for a full-bellied nap.

Peace comes, eventually, to even the schpilkas‡-riven.

Vocabulary (thanks to Emily S for suggesting this.)

†kasha varnishka--bowtie noodles and buckwheat groats
with a good amount of grease.