I am not a nerd, but I suppose since I read a lot and also read the forewords and afterwords of whatever I am reading, maybe I edging headlong into nerdom.

Yes. I read things even though I've been told ad stupidium that "nobody reads anymore." It baffles me how statements like this can be said and accepted and not questioned. But you'll hear it every day in agency-ville and client-town and most often, focus-group-shire.

Not long ago, a very popular writer--one of those who was very rich and famous but who no one reads--died: John LeCarre.

There are many people I know who spent much of the last 30 years or so waiting for the next LeCarre novel to come out like high school boys wait for their date's prom dress to come off. Presumably, they plan on diving into the event and enjoying themselves. 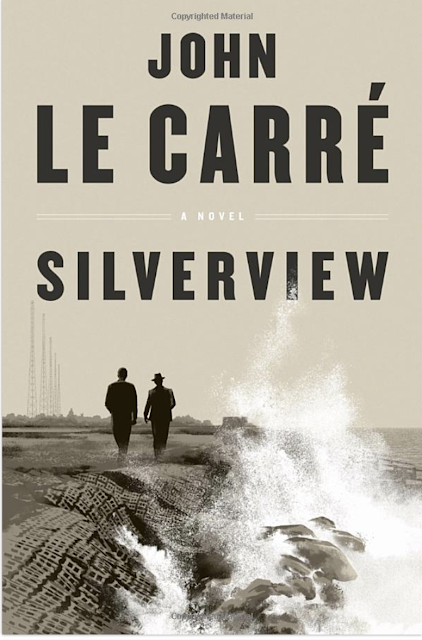 LeCarre published his latest book, "Silverview," posthumously. Many of my friends grabbed it practically while its digital ink was still wet. Though I seldom read fiction, LeCarre to my eyes reads like Graham Greene. He's someone you can read just to marvel at the power of his craft. 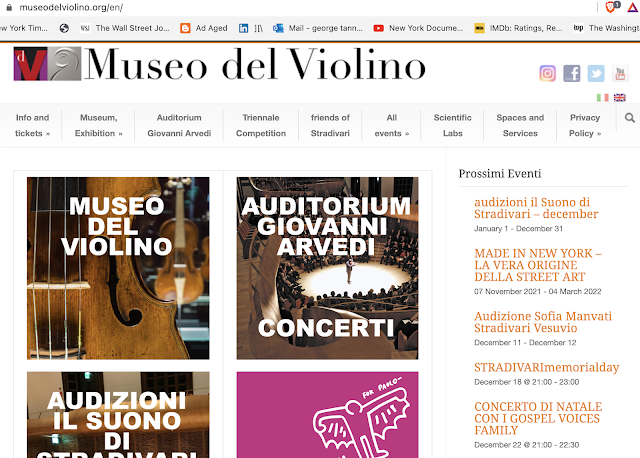 Some years ago my wife and I spent a few weeks in Italy. I don't play the violin, but we spent hours and hours in Cremona and Cremona's museum. That's the site of the Museo del Violino and it's the home of dozens of Guarneri and Stradivari.
To my eyes, and the eyes of many others, those instruments represent the apotheosis of human craft. Sometimes it's good to see such things, if only to remind you what our dying species can accomplish when we're not building hypersonic weapons and weaponizing pathogens and ingesting horse medicine.

I finished Silverview in about two days and almost immediately called my ex-Ogilvy boss who is a LeCarre fan.

"Did you read Silverview," I asked.

"I finished it two weeks ago. The day it came out."

"Did you read Nick Cornwell's afterword?"

Nick Cornwell is LeCarre's son. LeCarre wrote under a nom de plume. (That means he says "nom" while eating plums.)

Immediately, I sent my ex this passage by email. Almost as immediately he wrote back, "Holy shit."

"I was – am – ridiculously fortunate. When my father died, there was no outstanding business between us; no ill-chosen words or unresolved rows; no doubts and no misgivings. I loved him. He loved me. We knew each other, we were proud of one another. We made space for one another’s flaws and we had fun. You can’t ask for more."

When you get older--no matter how mild and moderate you are as a human--your mistakes, forced and unforced, add up like ashes in a crematorium. If you've been with someone for a while, a wife, a client, a daughter or two, a friend, a partner, you're bound to have tallies against your name in the hundreds.

"For when the One Great Scorer comes
To mark against your name,
He writes - not that you won or lost -
But HOW you played the Game."

Maybe these are reflections from a softer George as I celebrate my 64th journey around the sun and as we tiptop into another year on little cat's feet. Maybe this is a temporary chastened and more mild George. Maybe, my wife drugged my Tropicana this morning with more than the usual single dose of lithium.

But like the violins I mentioned above, it seems to me that the pinnacle of all all humans are looking for is just a breath. HR people call it "Work/Life" balance. Others are ready to trot out even more banal platitudes.

But working, living, co-existing, Nick Cornwell's summation of his time with his father hit home to me.

I'll continue to be demanding.

Of the people I employ.

The people I love.

But I will do better.

I'll try to make space for one another's flaws and try to have fun.