About a decade ago, I was an Executive Creative Director at the world's most-awarded and most prominent digital agency with a virgule in its logo. It seemed to me then that about once every-twenty minutes someone would assert that consumers wanted to "lean-in," and get involved with advertising.

Most of the time I'd shut the fuck up and just ignore such deluded proclamations. But once, I suppose I was feeling especially cantankerous, I said something like, "I don't know about you, but when I get home at night, the last thing I want to do is lean-in. I want to sit in a comfortable chair with a nice cold glass of seltzer, watch the Knicks lose and lean-back."

I was excoriated for that, of course. One, because I'm old and therefore past my leaning-in prime. And two, because unlike me, a denizen of the Upper East Side, no one in Williamsburg has a TV, so leaning back is as impossible as trump doing pilates.

Over the last thirty years or so, or the last 42--since I started making a living in advertising, I've heard all sorts of things that will make our commercials and ads more effective.

I heard a story once about a research group, Starch, coming into an agency and telling creatives to start commercials with a bell or gong sounding. Or that the brand name has to be in the first seven seconds.

I've heard everything from having the creative open with a chime and the client's logo, to repositioning the "click now" button depending on where you are in the "buy cycle." I've heard that we should make ads that don't look like ads. I've heard having a phone number up at all times would drive response. And about one-thousand other prescriptions for success, including disease-spreading open-plan workspaces and borderless creativity, also disease-spreading.

The thing that no one says, or no one remembers, is that people, in advertising and everywhere else should be treated with consideration, respect, kindness and as if they are intelligent.

You hear a lot of bushwa about changing consumer behaviors precipitated by this new technology or, almost with astrological stupidity, based on the year they were born or the generation they're allegedly in.

You seldom hear anymore that old-fashioned and important truism: "We are uninvited guests into peoples' homes. Treat people with kindness and give them a reward so they're glad you dropped by."

Those two sentences seem like they should be in every client presentation deck and in every pre-pro book and as a pre-amble to every creative presentation at whatever stage in the process, whether internal or external.

But I suppose going from bullet points to empathy is never easy. It demands thinking about who's buying what you're selling over who could potentially fire you for not doing as your told. 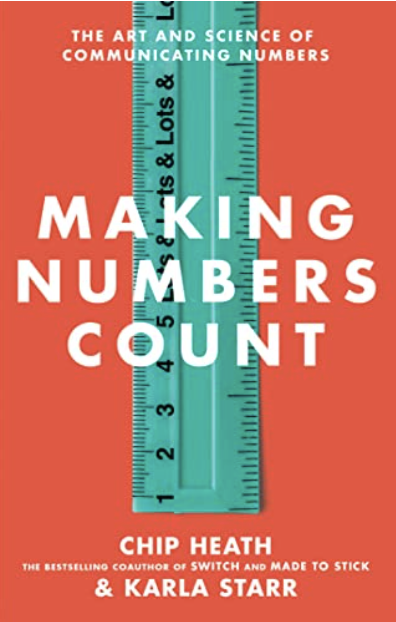 I read not long ago a very good book called "Making Numbers Count," by Chip Heath and Karla Starr. It starts with a premise that most people glaze over when they hear a lot of numbers. So in order to influence people, we have to make numbers mean something beyond integers. Mean something to humans.

Here's just one example of making communication sensate, human and real, so people actually care about it. It's a story about Grace Hopper, the first woman rear admiral in the US Navy and also one of the Navy's first computer experts. 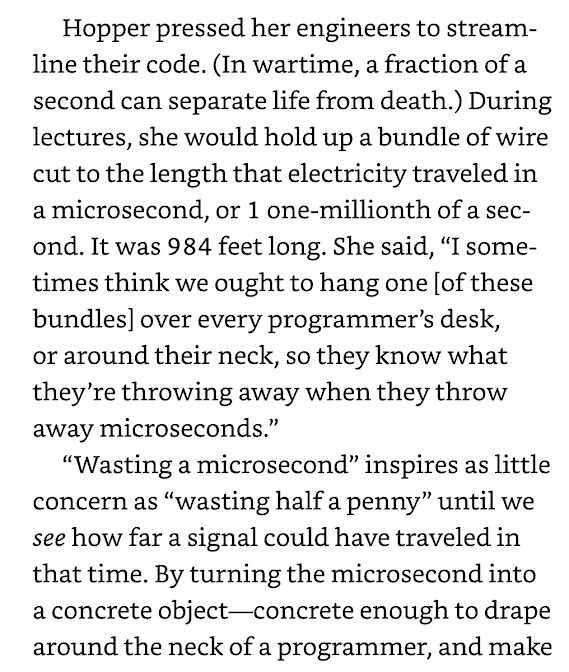 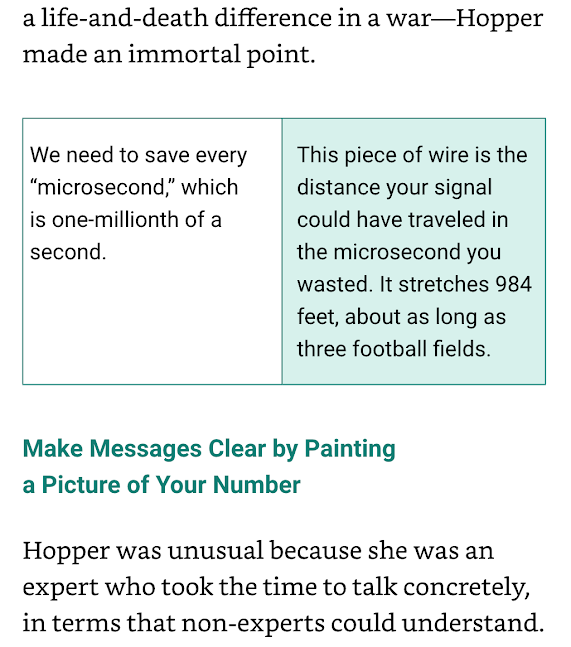 That's our job put into as few words as I can.

We make people care about a brand or a product.

I'll say it again. To make you care.

We make people care about a brand or a product.In other words, no matter what you do, make it matter, make it mean something. Try to make people feel it.

I heard this line from an old blues song. Then I found out it was stolen from or appropriated by Brendan Behan. Its provenance doesn't matter. How it makes you feel does. 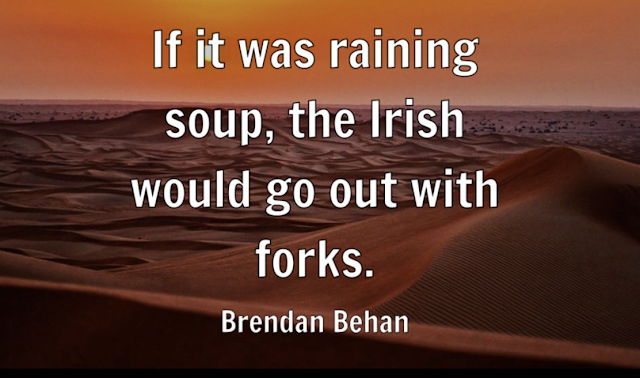