I don't care how much various radical right politicians are trying to scare us. Every night there seem to be 12 stories or 20 about more and more wheels coming off our societal bus.
We hear about murders. Marauding hoodlums on mass transit. Shootings, muggings, stabbings, cop-killings and more. If you believe all that, you'll lock yourself at home, GrubHub all your meals, Netflix yourself into oblivion. And vote for the asswipe that promises the harshest response to what they tell us is the second-coming of the invading hordes.
My wife and I have been in New York the past week. For business, for friendships, for doctors and to see a cousin run his first New York City marathon. Amid all the hyperbole about the city and the world falling apart, I've scarcely ever seen New York--and I've lived here my whole life--more vibrant, funny, and alive.
I keep shaking my head and saying, that idiot called it a ghost town. That idiot said it was dead. And half the doltish world seems to be calling it not post-apocalyptic but in medias res, apocalypse style.
Naw. In any agglomeration of ten-million people, shit is going to happen. But I'm not seeing it. And I'm not sitting at home in a rocking chair knitting an antimacassar. I'm living. Maybe in one of the world's great cities--a city not yet in the dark ages, despite what they might say to scare us.
On Saturday, my wife and I hustled downtown to the Whitney, where there's a massive Edward Hopper show and massive numbers of people trying to get it.
Fortunately, I found a scalper right outside on Gansevoort Street.
"Who needs two for 'Sunlight in a Cafeteria?' I got two. Who needs two?"
The scalper's original asking price was $77,000, but I got him down to $50,000 and my wife and I walked in.
One of the things I love about giant exhibitions like the Hopper show is you get to see the development of an artist over time. While there were hundreds of paintings, watercolors, sketches and etchings, I spent most of my time looking at these five works.
Mainly because when you look at the same scene in various stages of finish, when you look--essentially--at rough drafts of things, you get to see how minds work. That always served me well when I was a creative director. And it's partly because I like seeing the cross-outs.
Here's one of the bridle-path in Central Park, a sketch and a finish. It's a bit like those kids' puzzles in "Highlights" magazine. "Spot the differences in these two pictures."
See what was added. What was taken away. It's a good game. It gives a peek inside thought-processes. 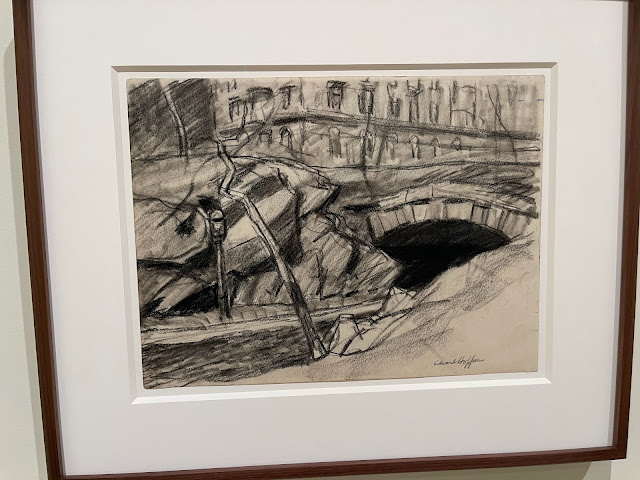 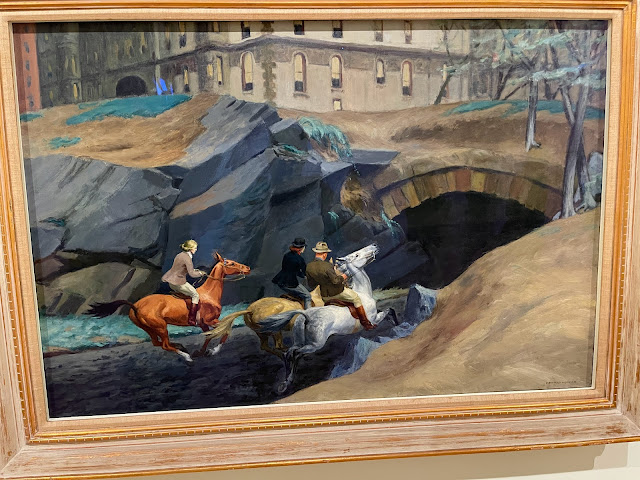 I especially enjoyed this sequence below, though the finished "Nighthawks" was not exhibited. It's as if you can see a director blocking out a scene. Or a good writer creating an outline.
There's a lot that's mad in the world. If you study history as I do, you'd know that's almost always the case. Just about every civilization from Pax Romana to the Persian Empire to the glory of the Emerald Isle extols a time when a "maiden bearing a nugget of gold on her head could wander safely throughout the realm."
As the father of two maidens, it's nice to think that such a circumstance ever really prevailed. But the world always has been, and always will be a fairly perilous place. There's not much anyone, certainly not any politician can do about that.
The best you can do, the best we can do as humans is to not succumb to fear. But instead, live our lives as human beings. Loving, laughing, learning and buying from scalpers. 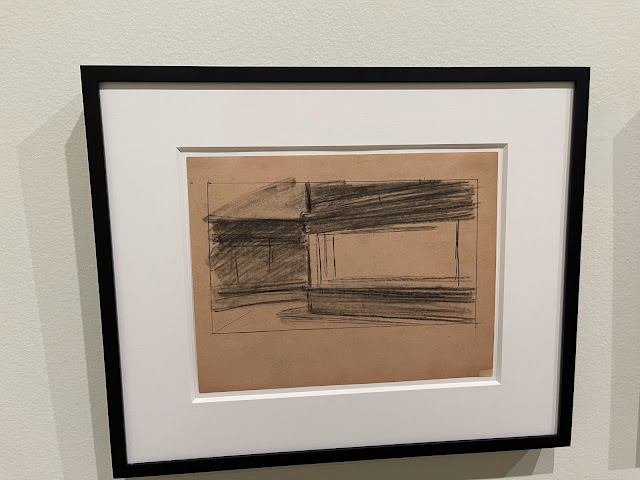 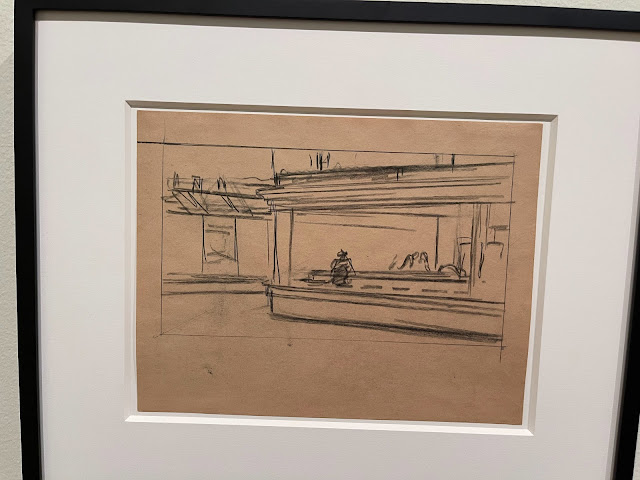 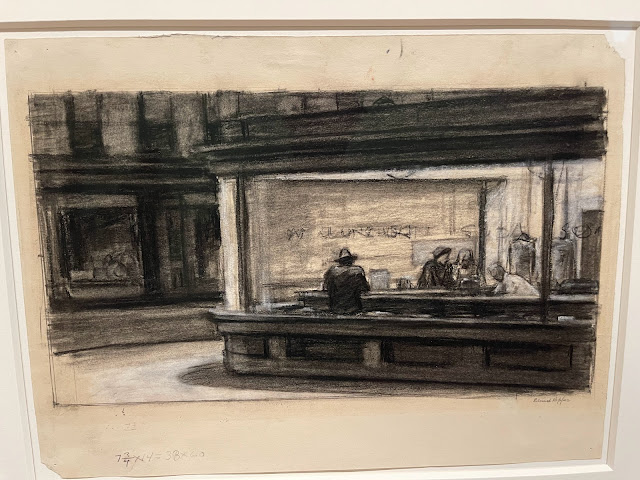