Harkening Back. Looking Ahead. 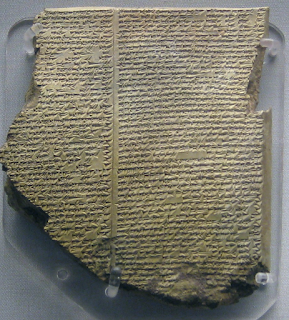 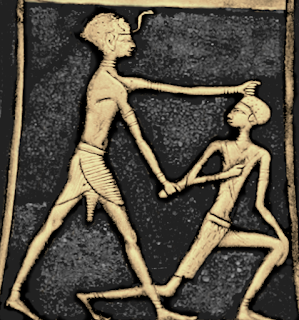 About 40 years or so ago, when I was still in the full-bloom of youth, my wife and I (she was then my girl-friend) took a trip to the Caribbean.

While so many people bring beach reads to the beach, I'm more demanding of myself. I chose to bring a book that might help give me a view of the Caribbean as it was before it was sullied by European invasion, colonialism, exploitation and slavery. When the populace was still Taino and Carib, without the influence of what we call without a trace of irony, Western civilization.

[Aporcryphally, when a journalist said to Gandhi, "What do you think of Western civilization?" Gandhi remarked, "I think it would be a good idea."]

Since that time, I've made a habit--a passion even--of diving deep into the classics. Virtually every time I travel somewhere, I try to read that country's creation myth or epic or something seminal.

So, I've read Don Quixote while in Spain--I'm not sure anyone should visit Spain without having read Quixote. Virgil's Aeneid while in Italy. Homer's Illiad and the Odyssey while in Greece, the Lusiads, while recently in Portugal and more. I've also read Gilgamesh--though Americans are hardly allowed in Iran and my share of Tolstoy and Dostoevsky to try to gain some sense of Russia.

A lot of people in today's world shy away from books like these because they have the misbegotten notion that they're somehow boring, overly baroque and complex, and so hard to understand as to be practically illegible.

Even the famous first sentence of another of one of the first novels in English, "The Life and Opinions of Tristram Shandy, Gentleman," by the unsurpassed Laurence Sterne, while difficult is well-worth the effort. Critics say it reduces Melville's "Call me Ishmael," to the equivalent of a tweet--but writing like this enriches your mind as it challenges you.

However, many think for whatever reason that the ancients didn't have lusts, desires, subterfuges, banalities, jealousies and so on. They think of anyone not from today as somehow not being relevant to today.

One of the reasons I read such books is to find the universal. The Wyfe of Bath's Tale, in Chaucer's Canterbury Tales is as filthy and funny as anything you'll ever read or see. The Thousand and One Arabian Nights have more intrigue and lust than you'd find in a dozen contemporary soap operas.

But our perception is that these people are not like us. They're prehistoric, somehow.

I read somewhere something about the turn-of-the-century photographs you see in museums or old textbooks. They make it look like the 1890s or 1910s were a monochrome world. That their clothing was about as bright as an old gas station oil rag after a year of hard work.

The truth is hundreds of years ago people dressed and reveled in the same colors we did. But photographs fade and we take the fading as reality and look no further.

I bring this all up because as a society we seem to have forgotten the universality of humankind. We think that humans in 2022 have a different attention span, a different sense of humor, different ideas about sex and hate and joy and pain than we do.

On social media, I cringe when I read things about how today's consumer is cynical about ads as if 50 years ago people weren't. Or that today's consumer has a short attention span because they're so busy and consumers from my youth, or earlier, had time to fritter away.

I guess it's a simple, timeless, human truth that each era and each generation and each culture wants to think of itself as somehow different and better than what's gone before. That we're evolving into a perfectible species, and with proper education we'll as a species obviate pettiness and prejudice and every other vice.

I believe there's more that unites us across the millennia than differentiates us. Achilles might never have eaten a Tostino's pizza roll, but he was pissed when Patroclus was killed and he showed his wrath in a way I might show my wrath. No, I wouldn't drag my enemies corpse through the dust around a city eight times, but I do something awful to hurt as I've been hurt. Likewise, when Agamemnon took Briseis from Achilles, if my boss today did something similar, I might "quiet quit," too.

My point is really simple.

Before you proclaim that everything's different and people have fundamentally changed or this generation is different from all that ever were, do yourself a favor, pick up an old book, put aside some old biases and read for a little bit.

It couldn't hurt and it may help.