A Reflection on Tannenbaum.

Like a lot of Jews born during the "Golden Age of America," my parents, who were first-generation Jews growing up in households where English was scarcely spoken, hardly talked to "the kids" about where they came from or what they went through to become Americans.
They were hellbent on becoming Americans. On looking forward to creating lives and identities in the "greatest country on earth." They didn't dwell on their shtetl past, their impoverishment, American anti-semitism or even the Holocaust.
Like Willy Loman, they set out to succeed with a smile and a shoeshine. Not much more.
And because, like me, my parents were each essentially private people, they never imparted any sense of family or sense of their past. I know a little about my father's two brothers, Uncle Oscar and Uncle Sid, but nothing at all about my mother's four siblings. I met only one of my four grandparents--and she, my father's mother, Ida, died when I was just eight.
In fact, I'm not entirely sure what my last name is.
My mother took Freedman. But some of her siblings spelled it Friedman. And my father's Tannenbaum was also rendered variously Tanenbaum or even, royally, Tenenbaum. The one heirloom I have from my father is a book that I guessed was given to him on his Bar Mitzvah in 1941. "American History in 100 Pictures." That book is signed in his best handwriting, "Stanley Irwin Tanenbaum." Yet to me, he was always Stanley Irving Tannenbaum. Go figure. 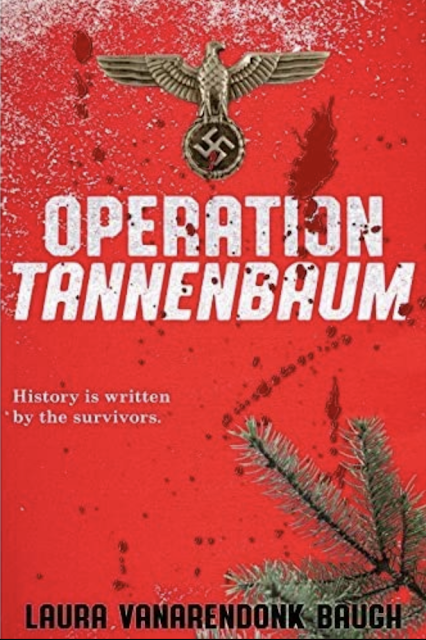 Once in a while, I come across a Tannenbaum in my travels or in my reading. Even the Nazis were liberal enough to co-opt the name. Operation Tannenbaum was their planned takeover of Switzerland and Liechtenstein. 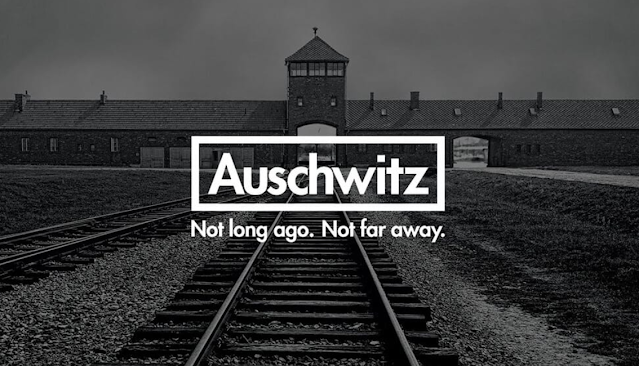 I also ran into Tannenbaum about three years ago when I went to an exhibit on the Holocaust, "Auschwitz: Not long ago. Not far away." at the Museum of Jewish Heritage in Manhattan. My wife ran to the lady's room and I sat waiting on a bench and this came on a monitor. I couldn't breathe for an hour.

Last night, I read an obituary in The New York Times of a photographer I had never heard of, called Tony Vaccaro. If there are any copywriters reading this, you have to hand it to the Times. They know how to write a headline and a subhead. 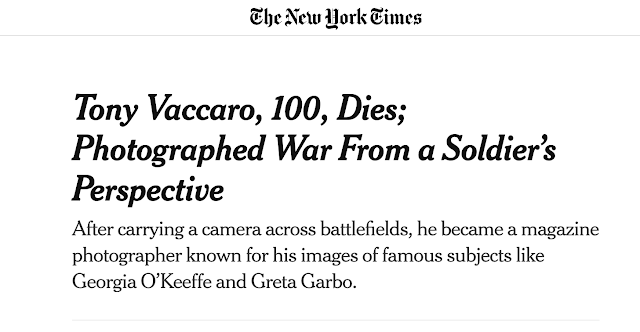 I began reading the piece and by the time I was halfway through I had again lost my breath. 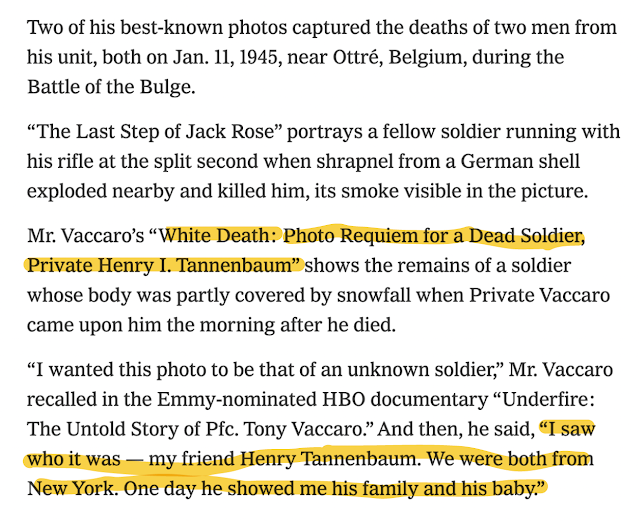 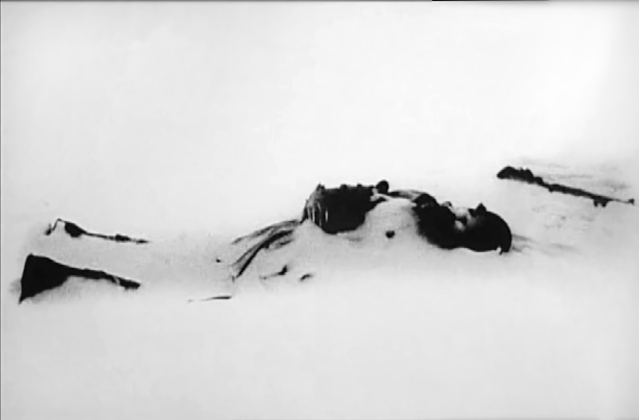 Mr. Vaccaro’s 1945 photograph“White Death: Photo Requiem for a Dead Soldier, Private Henry I. Tannenbaum” shows the remains of a soldier whose body was partly covered by snowfall.Credit...Tony Vaccaro, via Monroe Gallery
Of course, there's nothing profound in either of these instances. There are a lot of us Tannenbaums, a lot of wandering Jews in the world. As Samuel Goldwyn might have said, "In New York, every Tom, Dick and Harry is named Tannenbaum."
But still, as someone whose past is all question marks, it makes me think. It also, frankly, makes me sad.
For all Jews have been through in our 6000-year-history--not to mention my mother's cooking--and the fact that worldwide, only two people out of 1,000 are Jewish, somehow Jews are no longer considered a minority or even considered in the math used to calculate 'diverse' representation.
Ok. I get it. Of the 900 Nobel Prizes ever awarded, Jews have won 20-percent of those. And 24-percent of the total prizes in science and medicine. Among American winners in those fields, Jews take home 37-percent of the awards. They display them on their kitchen tables, right next to their abridged copies of the Protocols of the Elders of Zion and their handbooks on world domination.
That last bit might be considered stiff-necked and inflammatory. You get that way when you're privileged.
Posted by george tannenbaum at 8:39 AM