Editor's Note: Lesly Pyle is a modern friend. We've never met. We've never spoken. But somehow I feel like I know her and I'd like to have a cuppa with her. Lesly explains more in her lovely post below. Check out her work. Say hi. LinkedIn. And mostly, enjoy.
Thanks, friend Lesly. 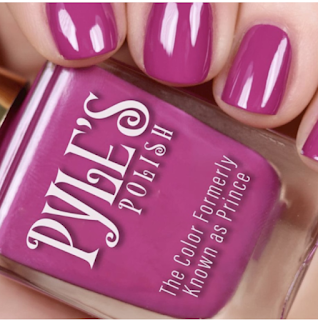 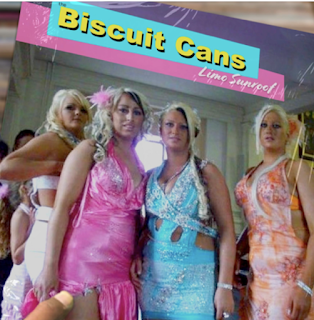 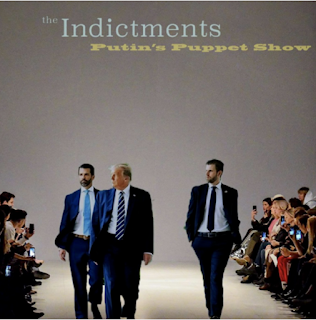 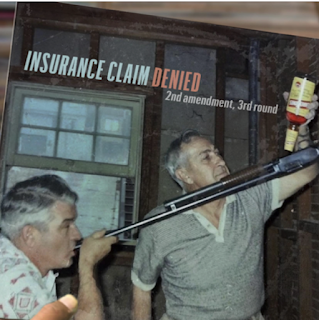 Jon Soto is a National Treasure.

He’s also a Creative Director. A Master of Comedy. And a Door Opener. But not like a concert gate attendant. The kind that helps others succeed.

Yes. This was the exact date.

Soon after, the caption contests faded away in favor of Soto’s “Naming” competitions which appear in Facebook feeds across America with much anticipation every Wednesday and Friday.

Wednesday’s contests are “Soto’s Name That Thing.” It features random acts of comedy, such as “This Nail Polish Color Should Be Called _____. Or “This Movie Should Be Retitled_____.” The rules on Wednesdays are loose — allowing for puns, colloquialisms and references to existing things. Jon sees this as a warm-up to Friday — the most coveted of all contests:

The rules for naming bands and albums are as strict as the competition is fierce. But what all of Jon Soto’s contests have in common is a hilarious image he’s chosen as a creative prompt. Sometimes they’re curated photos from the bowels of the dark web. Sometimes they’re multiple images he’s disturbingly photoshopped together. Sometimes they’re beloved icons we’re invited to defile. But wherever his source material comes from, Jon will never tell. The mystique of never knowing what’s coming is part of the game. And if your entry gets the most votes, the name you suggested gets art directed by Jon and will be emblazoned on the winners’ page for eternity. Or until Tumblr gets bought by Elon Musk. Whichever comes first.

It may be silly, but it’s hard to understate what an honor it is to win. I’ve heard several highly-decorated creatives say they’d rather have a SOTO than a Cannes Lion. I call BS. But the fact that SOTOS and Lions are in the same conversation is saying something. And I believe they both possess the power to pry open new opportunities. Soto’s competitions level the playing field between lesser-known creatives and those featured in the press. You should see some of the big names Soto’s naming contests have sucked in. People like Gerry Graf. Cameron Day. And, none other than, George Tannenbaum.

In fact, The SOTOS are why George asked me to write this blog post.

The SOTOS are why, in part, TRG hired me.

The SOTOS are why people hate me.

Somehow, I’ve developed a big, fat target on my back. Somehow, I’ve become known as the one to beat. But as Rolling Stone magazine astutely observed in their classic “Perception vs. Reality” campaign, things are not always as they seem.

If you look closer on Soto’s winner pages (pasted at the end of this post), you’ll see “Yours Truly” come up often. I’ve never counted, but I’d guess it’s on there more than any other name. Who do you think that could be? Is it our National Treasure? Our Master of Comedy? Our Door Opener? Yes it is. Jon Soto is the real one to beat. But nobody hates Jon Soto. Because every Wednesday and Friday he brings creative types from all walks of life so much joy. It’s what kept me from going insane during two-years of Covid-era Solitary Confinement.

But even though I am not the actual GOAT of SOTOS, I do have several on my proverbial award shelf at this point. I should mention my actual award shelf has exactly zero Cannes Lions so take this advice with a grain of salt. I believe the secret to my SOTO success leads back to the day an ECD asked me for some writing samples. This was in 2013 when I was a Creative Assistant/Aspiring Writer. The ECD must have noticed the look of shock and fear on my face because a few minutes later, he returned from his corner office to deliver the following three words of wisdom:

That man was Jeff Goodby.

But since then, I’ve gotten better about going with my gut. Or simply letting things spool in my subconscious. So thanks, Jeff. This SOTO’s for you.

The other tidbit I’ll offer is to vote for others. No votes = no fun. Jon Soto says it best: “If you enter once, be nice and vote thrice.” Plus, people hate you less. I vote. A lot.

Cut to the Near Future.

This brings us to the latest door The SOTOS have opened for me. The one that will hopefully have the greatest impact. Every dear creative soul I named above has donated a short story to my upcoming book: #PyleOfMemories. Its mission is to help raise money for Dementia research. And guess who’s designing the cover? Yours Truly. No, not me. I suck at that. It’s the one and only Jon Soto.

Thank you, Jon. Not just for what you’ve done for me, but for all of us. Including everyone who’s about to lose a ton of productivity going down these winner-page rabbit holes.*

*If the images you saw pasted here are any indication, you’re in for a very un-PC and un-PG ride.

Posted by george tannenbaum at 6:53 AM