Whiskey-less in the Tempus Fugit.

In lieu of saying "hello," when I walked in to the Tempus Fugit early Thursday morning--it was around 3AM, I believe--the bartender merely said, "I'm sorry."

Somehow, such is the New York grapevine, word had gotten to the rarefied precincts of the old place and the lights, which were never brighter than twenty or so watts, we're dimmed even more according due respect to the world's greatest canine. 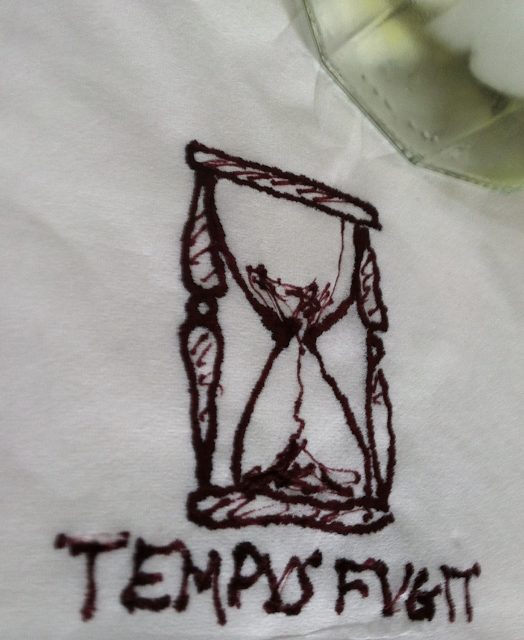 The bartender frisbee'd a coaster in front of my favorite stool, one in from the end, pirouette'd like Nijinsky and pulled me the chilly glass of amber from a tap labeled "Pike's. The Ale that Won for Yale!"

At the Tempus Fugit, as always scoffing at the a la mode manners and enthusiasms of today, beer is always served in six-ounce juice glasses, of the sort that were once give-aways at gas-stations with a fill-up. Beer should be cold, the bartender reminded me, in a larger glass it warms up before it goes down.

I drained the suds in one motion like a Central Park Zoo sea-lion with a herring and tapped my glass like Maestro Paganini his baton. In a trice, the mahogany in front of me was wiped dry and my glass was replenished.

"We shall not speak tonight of the noble Whiskey," he began. "Though I'll keep her water bowl perpetually filled awaiting her reappearance, which I'm sure will be sooner, rather than later."

"That's good," I mumbled. "I am already cried out. To say she was an angel is practically unfair to angels."

"You remember the Third Avenue Elevated," he plowed ahead.

"Cummings said much the same, uncapitalized, of course, with regard to the Sixth Avenue Elevated. 'it took/ a nipponized bit of/the old sixth/avenue/el; in the top of his head: to tell/him."

"Merry old e.e.," I lower-cased. I tapped the rim of my glass for another Pike's.

"Beneath the Third Avenue El were more Irish bars than there were in Dublin, Belfast, Cork, Limerick, Galway, Waterford and Drogheda, combined." 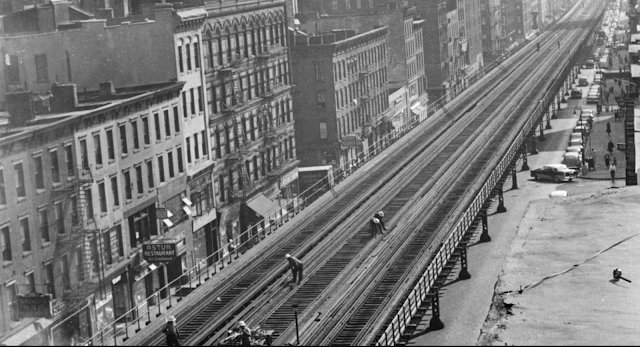 "I've seen Billy Wilder's 'The Lost Weekend' and I know those bars from Ray Milland's lonely Yom Kippur stagger up Third Avenue. Some of those bars are still there."

"Still there and still steaming corned beef in their hot tables."

"Ah I remember. There was a place near the 59th Street Bridge you could get a sandwich and a beer for $2."

"I heard a story one day, I won't say who told me, about a bartender in one such bar who, fishing through the brine for a well-pickled corned beef came up, instead, with a human hand in his ancient tongs." 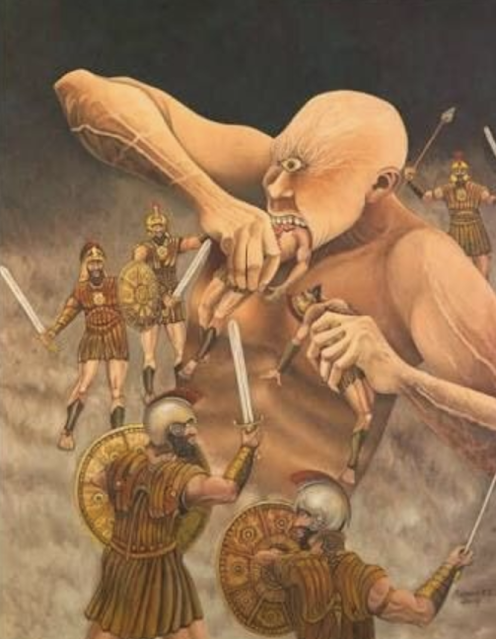 "It was not No Man, but instead the left hand of an Irish yegg, nicknamed 'seven knuckles,' who had apparently cracked the wrong safe one-too-many times."

"And was thus distributed at hot tables up and down Third Avenue, like hard-boiled eggs in a giant jar at the edge of the bar or a barrel of good German pretzels."

"Two flatfoots were there in minutes and one of them, it's almost invariably the younger of the two who does the noticing, saw that the hand had more than the usual allotment of metacarpophalangeal joints.

"The older flatfoot continued, 'There's an APB out on Seven Knuckles.' And the younger cop used a nickel in the payphone to call it into the station house."

"No cells in those days."

"No fuzz, either. It's when cops walked a beat. Ergo, pedal extremities and fallen arches."

I wrestled my winter jacket on against the pain of my torn right rotator and my arthritic left shoulder. I drained my remaining Pike's and pushed two twenties across the hard-wood."

"You'll be walking the canine beat again before you know it." He wiped the surface of the bar with his well-worn damp terry.

"And on me," he said, pushing the two bills back.

Posted by george tannenbaum at 7:33 AM