Though I've made my living for the past 43 years typing, first on various IBM Selectrics, then on Macs with various names, numbers and sizes, then for a short while back to IBM machines with working on a variety of ThinkPads, then over to H-P while I worked on their PCs during my one benighted year working on their account in San Francisco, then back to Macs for the last 20 years, I consider myself more a Historian than a marketer.

Anyone can write copy and usually does. [ChatGPT.] Very few people bring a historian's understanding of our time and customs to the marketing business.

Perspective is not unimportant in writing. Not just what something is. But why it's better, how it works, why it's right for you. 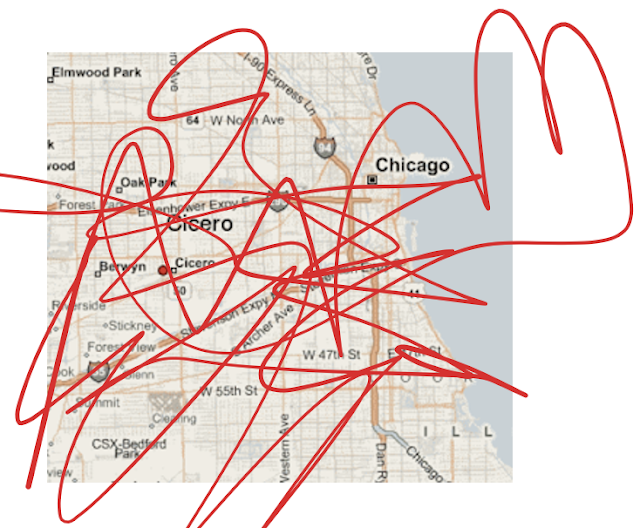 As Cicero (not the city outside of Chicago, pop. 85,268) was said to have said, "O tempore, O mores." Which is literally translateable as "Oh the times, oh the customs." It might be more accurately rendered as "Shame on our age and our lost principles."

Alas, as Cicero might agree, principles today are something that earn the wealthy interest. There are few principles today that guide anyone outside of the obsessive and ruinous accumulation of ever-more crap and ever-more money.

I think we can take our modren philosophy from Budd Schulberg's Terry Malloy as rendered by the surpassing Marlon Brando during his first date with Edie, Eva Marie Saint. "You want to know my philosophy? Do it to him, before he does it to you."

All that is the overture to the blunt Wagnerian opera we're living through. My belief is that we are today, in America, living through the Era of Flagrant Fraud. "Where fair is foul, and foul is fair; [we] Hover through the fog and filthy air."

From advertising agencies trying to establish their bonafides with fake ads and fake case-studies for fake causes or fake clients that never ran in a fake docket of never-ending awards' shows so they can gain more fake business to line the pockets of the fake oligarchs with fake money while reducing everything and everyone else to the lowest workmen's wages. To brands, like Tesla or Volkswagen or Nike or Apple who fake efficacy, or fake data, or fake a sense of ethics and/or nobility while producing what they produce with near-slaves all so a few can accumulate billions.

We have a thousand-mile-long virtual Mount Rushmore of Fraudsters. The faces of trump, Santos, Holmes, Musk, Shkreli, Madoff, Stewart, bank of amerika, goldman, wells fargo, countrywide, dr. oz, pompeo, lindell and the list is near endless, even longer if you include all the products that don't do what they promise to do and even the bags that they charge you for at the grocery store whose handles break before you reach the street.

[BTW: According to ProPublica, Amazon CEO Jeff Bezos paid $1.4 billion in personal federal taxes between 2006 to 2018 on $6.5 billion he reported in income, while his wealth increased by $127 billion during that same period. That's a true tax rate of 1.1%.] Translated to an average Ad Aged reader, that's like earning $2000/week and taking home $1975/week.

We witness and accept the tech giants who've amassed billions then lay off thousands. To the frauds of online surveillance, the bot-ification of truth, the lies, the stumpified trumpism of false claims and false promises and real thievery. And let's not forget that this allegedly "christian" nation has forgotten or chosen to ignore the Gospel re rich men and camels.

I could go on like Kerouac, but as Truman Capote supposedly said this isn't writing, this is mere typing.

But I'll end with this, to anyone who can still read and who's reading this.

The central issue advertising must deal with today is simple. How can we truthfully, un-hype-ally re-establish trust with people? How can we be fair, honest and believable?

That's our job. Be truthful.

That's what we should be thinking about. How do we resuscitate an industry that's bloated and ablated by lies?

Everything else is death and continuity of the present which is death.

We have to find a way to restore trust.

Posted by george tannenbaum at 8:32 AM