My father and the Indians. 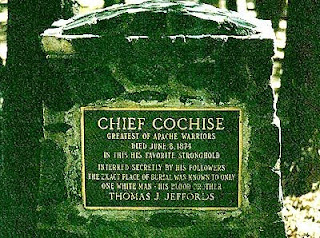 When I was a kid, just about four or five years old, kids played cowboys and Indians. I’m not saying I was an Albert Schweitzer born with a sensitive social-consciousness but I always wanted to be an Indian. I guess that was the result, not of listening to old records from leftist folk-singers like the Weavers or Pete Seeger, but from being only a year and a couple of months younger than my brother and only one grade apart.

Even when something was rightfully mine, he was bigger and older and stronger and had no scruple about taking it from me. As a younger brother, I empathized with the Indians and I couldn’t fathom why people rooted for cowboys in the old Westerns. The Indians were here first. The Indians were the cosmological younger brother. What right did the cowboys have to kick then off their land?

Back in those days there was a father-son group in the area I grew up in called Indian Scouts. I suppose they had some lofty mission statement about fathers and sons bonding and learning about Indian culture. I’m sure mothers liked the idea as well. It gave them a chance to have an evening without the chaos of their kids around and in an era where a lot of women didn't work outside of the house, a lot of mothers grabbed for any quiet they could get.

Indian Scout meetings were fairly simple. We’d all meet at someone’s house, go to the basement, drink Pepsi or orange soda or something, eat pretzel sticks and do a project. The projects were things like making an Indian tom-tom drum. We’d soak a piece of rawhide in water until it was pliable, then stretch it over a cylinder and tack it in place. The next week, when the drum was dry, we’d make drum-sticks with painter’s stirrers and rags wrapped in a ball around the top. Then we'd beat out some old Indian rhythms. Or maybe each of the kids would be given a small balsa-wood totem pole to paint. While the kids painted, I guess the fathers talked about sports or their wives or work. Or maybe some dad would read to us while we worked:

I can’t say I know for sure but even at the outset of Indian Scouts, I had the distinct feeling that this was something my father never really wanted to do. For one thing, it meant he had to leave work early and he never liked leaving work if he was in the middle of something. It also meant that he had to socialize with the other fathers and he wasn’t much for that either.

Even worse, I don’t think my brother and I really even enjoyed Indian Scouts. When I heard the name, I thought we would be doing things like hunting with bows and arrows or building teepees, killing buffalo or canoeing on the Big-Sea-Water. All we really did was sit around and watch our father’s struggle to make a drum. As a consequence, every week there was a lot of tension around getting us over to wherever Indian Scouts was. My mother wanted us out of the house of course. But nobody else really wanted to go. So it was a bit of a forced march, I suppose. A pre-adolescent version of the Cherokee’s Trail of Tears.

For one of our Indian Scout nights each of the kids was given the task of coming up with their Indian name. Moving forward we would all have to use only our Indian names. My brother was good at things like that and quickly came up with a name which, to my young ears, quickly captured what it meant to be a brave and intrepid warrior. I think it was “Running Deer” or “Red Cloud.” Something strong, yet poetic.

I could come up with nothing suitable for myself. Because I didn’t just want an Indian name, I wanted to become an Indian. The right name would help me get there. I was stymied and could think of nothing. My father was furious with my inability.

“Why not be Howling Wolf? Dancing Bear? Charging Buffalo?” he would ask. None of those were good enough for me and for the next two Indian Scouts meetings I went, to the mortification and disgust of my father, nameless.

Fortunately, early one weekend morning there was a Western on TV that featured the exact Indian I wanted to be. Strong, fearless, undaunted. His name was Cochise and he almost single-handedly defeated the land-grabbing soldiers with his war whoops and his flaming arrows. I would be Cochise. That was the name for me.

That week at Indian Scouts I presented my name to the other boys. Once it was accepted by the other boys (the tribal council) I would be Cochise for life.

But then, after I was named Cochise, after Indian Scouts ended and on the car ride home, my brother had this idea. He would call me, not Cochise, but Cold Cheese. This was more horrible even than the white man spreading small pox to the Indians through diseased blankets, because once my brother knew something annoyed me, he would never stop.

Being called Cold Cheese was more than I could bear. And the prospect of Cold Cheese being my Indian name for the rest of my life was torturous. I just had to change my name. So I told my father I just had to go before the tribal council and request permission to do so.

What was the new name?

It was Running Board.

"Running Board" was worth reading the whole thing for. Nearly fell off my chair laughing. Jeez.

Howling Wolf was sorta taken... maybe Pop was hoping you'd beat out some cooler rhythms on the tom-tom with a name like that. :)