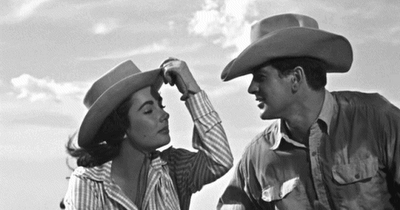 I don’t think you can imagine the pressure if you weren’t there, if you didn’t live through it. If you weren’t—pardon the excess—present at the creation. It was crushing. Soul-sapping. Non-stop.

When we were a junior team, my partner Craig and I had somehow sold a spot to the Gorton’s Frozen Fish people that featured a fish stick playing chess with Death like in Ingmar Bergman’s “The Seventh Seal.” You can read about it here: http://adaged.blogspot.com/2007/07/ingmar-and-me.html
We outdid ourselves, Craig and I did, and even got the famously reclusive Swede to direct our spot.

You can imagine the fanfare, the success, the raises, promotions and awards we accumulated. We were drunk on our own power. How do you follow something like that up?

They said we couldn’t. But we did. First for our “Uncovering a Better Fish Stick” campaign which we shot with the beautiful and sultry stripper Bettie Page.http://adaged.blogspot.com/2008/12/bettie-page-1923-2008.html
We followed that award-winning spot with a campaign Gorton’s “Signature” Fish Sticks, where we did a spot featuring the great John Updike. http://adaged.blogspot.com/2009/01/john-updike-1932-2009.html
What now? Three award winning campaigns. And now our boss was breathing down our necks wanting more.

Five straight weeks of late nights and weekends had yielded us nada. Oh, we came up with great spots, of course we did. But nothing worthy of Gorton’s and their new “Giant” fish sticks. “These say big,” I said to Craig, tossing another sheaf of tissues into the trash bin. “They say big, they don’t say giant!”

Craig hit it. Or rather lightning hit Craig. “Giant! Starring Liz Taylor. We recreate the scene at the end where she waves goodbye to James Dean, only we have her wave goodbye to a Gorton’s fish stick!”

Craig and I quickly got on the blower with Liz’s people and in just a few hours the spot was sold through to Liz and Mr. Gorton himself.

Liz was a doll to work with. Took direction like well-trained golden retreiver. And at the end of the shoot, she gave us each a small diamond—a chip off the 66-carat one Burton (the cad) gave her. A small token of remembrance.

I’ll miss the violet-eyed beauty. Heck, I already do.
Posted by george tannenbaum at 5:21 PM

"Took direction like a Japanese whore." Is this supposed to be funny? I find it offensive. Perhaps you're not nearly as clever as you think you are.

I'm sorry Michiko. I was insensitive.

michiko (hope thats spelled right), i too found it a bit offensive. not because of the japanese, but because of the whore. im sure there are more classy words to describe this profession. i feel sorry for anyone who does this job. anyway.
dont feel offended please, but if someone says japanese prostitue i would think of a geisha who is obedient to rules and cultivated. now i know that a geisha is not a prostitute. and neither was liz taylor. but arent we all, in the end? selling our time, physical appearance and mind to a boss... some do it the classy way, some dont.
im sure george is not a racist. he mentioned the events in japan a couple of times in an empathic way. he will even go and see wagner. that needs an open mind i think.
alright, michiko, have a good day, and enjoy wagner, george.

And yet no one is offended that you equated Japanese whores with golden retrievers.

You'd think the dog owners would be up in arms.