There, in the sky four or five miles away was what appeared to be a shaft of light shooting up to infinity. New York's annual tribute to the Twin Towers and the over 3,000 people who died on that terrible day.

There's a lot of art and creativity we run across in the course of our lives. But rarely will you see something with the stunning and meaningful simplicity of this tribute. It's mournful yet inspiring. Somber but uplifting.

When I returned home, my wife had our local PBS station on. They were running a two-hour long special on the Metropolitan Opera's most recent staging of Wagner's 16-hour "Ring Cycle." The set itself weighed in at 90,000 lbs. and was made up of 30 or so giant projection panels that could rotate 360-degrees. The complicatedness of Wagner's work and the Met's staging is something to behold. 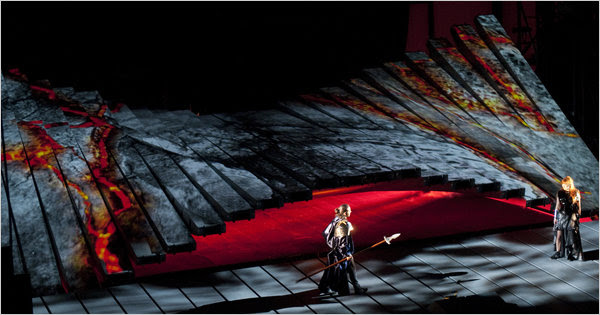 Over the course of about six months my wife and I saw all 16 hours of the "Ring." I guarantee, it's like nothing you've ever seen. And never will see.

These are two works of art.

Both stunning and yes, awe-inspiring.

Creativity isn't any one thing.

It can be anything.

It just has to take your breath away.


Posted by george tannenbaum at 9:40 PM

Now is the time that people are trying to recall the 9/11 tragedy. I know it's been hard and still trying to remember all those things. But I know that there's always sunshine after the storm.