Working with my father. 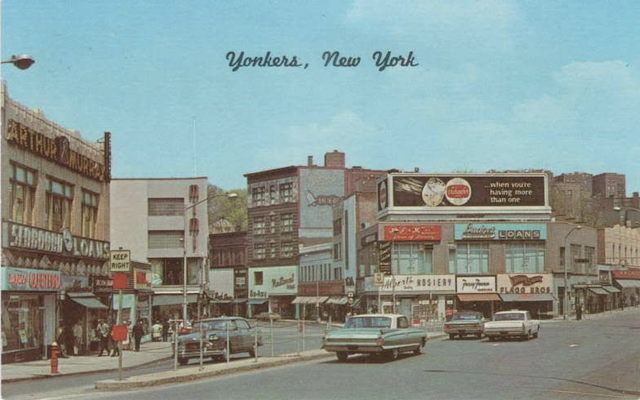 When I was a kid, my father went through jobs like an oil company clear cuts through the Amazon. He wasn't one to sit behind a desk in an office. If he were in an office, he'd probably have spent as much time thinking about how to get out of the office as he spent there in the first place. He was more like an unbroken bull than a father. Just, probably, a little more dangerous.

One night, he came home from somewhere and he was flush--flush with money. That was a rarity when I was growing up. We didn't live paycheck-to-paycheck. We lived paycheck-to-two-days-eating-salami-sandwiches-to-paycheck.

But one night my old man came home with a stash of bills in his wallet. Maybe he had put a $20 on the nose of Neer-do-Well at Aqueduct. Maybe he sold my mother's diamond ring.

"Where'dya get it," I heard my mother ask him.

"Remember that song I wrote for Woody and the Termites?"

"Which one?" my mother shrewed. "There were dozens."

"That novelty song," my father stammered.

My father sang a little bit now. Haltingly and in a slight falsetto voice.

"When all the stars in heaven
Ask for bread they want unleavened.
You don't need a Nasa rocket,
That's a matzoh in your pocket."

My mother scoffed, "someone bought that? That's trayf."

"They love it up in the Catskills, in Ellenville, at the Nevele, at Grossingers," my old man said, "They love it to the tune of a $2,000 royalty check."

Before the ink was dry on the check, my father had rented an empty cave of a failed restaurant down the crooked street from our tilted house in Yonkers, New York. He had decided that what our neighborhood needed was what he called "the last place you go before you go home." A place to hang-out once you left your hang out.

Next, he found some faux-medieval armor and decorated the place with old lances, helmets, coats-of-arms and the like. Finally, a neon sign was installed. It said "The Knight Spot. Open 25 hours."

That's the father I remember most. The guy who decided to open up a 24-hour diner and run the place himself, with no staff whatsoever, save me, 8, and my brother, 10, ready to grease a burger or mop the linoleum when we got home from school.

I always thought of my father as maybe a combination of Willy Loman and Macbeth. Grand aspirations. Maybe even a strong character. But ultimately, like Willy, unable to get by on a smile and a shoeshine. Undone by ego, ambition and maybe too little talent.

After 40 years in the advertising business, I wonder if I'm running a 24-hour diner by myself. Sure, I have an account director to help me with large pieces of business. And my breathtakingly level-headed wife works as my CFO. Thank god for them.

And thank god, that for all the shit I endured as a child. Accordingly, I was born with the gift of laughter and a sense that the world is mad. That, as serious as I am about life, I don't take life too seriously. I can laugh to keep from collapsing.

Mostly, I was born with a sentence that Athena--the goddess of wisdom spoke to her favorite of all mortals, Odysseus. “Few sons are the equals of their fathers. Most fall short, all too few surpass them.”

I suppose that knocks me down a peg.