My wife, Laura, who's also a freelancer and I were talking. That
alone could be the start of a blogpost. I mean, after 38-years of marriage, who still talks to their spouse?

In any event, we were talking about how busy we are. In the five years of Laura's freelance she's scarcely ever had a day off. And in the almost three years since Ogilvy kicked me to the curb because I was making them too much money, most often I'm juggling between three or seven assignments a week. I think my revenue is at least two times or three times that of their New York office. But I don't want to jinx myself.

Either my wife or I was bemoaning the constant crush of the work pressure. I think I must have said something particularly Yiddish and lugubrious and Georgian, as if those three adjectives aren’t entirely synonymous.

"Well, it's better than the alternative."

She laughed and repeated, "knock work."

As two-thirds of the industry seems to be unable to find people to work or keep the people they have and, conversely, everyone in a full-time advertising job seems abjectly miserable, I wondered what's wrong with us.

Why are the two of us busy and relatively happy when the industry's rule-of-thumb seems to be more-or-less opposite?

Then it hit me.

Laura and I are engaged in free-enterprise.

2. We choose our own clients.

Sure, there are downward pressures on all three of those features. The market is marked by low rates--if we're to charge more we have to prove, daily, our worth. That's a challenge.

We can't be so picky with clients that we wind up idle. And we have to curb our work enthusiasm or we'll wither and die of a major infarction.

But the point remains.

In advertising days of yore, you gave up those three aspects of working in return for the appurtenances of agency life. The prestige of working for a big company. The regularity of a scheduled paycheck. Some benevolence on the part of your employer, where maybe you had some sort of security or pension as you aged.

Because you "got" those things, you could rationalize "giving up"
others. Something like above, which is a George chart, that is, it makes sense if you squint.

Of course, today, roughly seventy-percent of the advertising jobs at least in New York are under the stern and penny-pinching gaze of one of four or five global holding companies.

Just about everything in the "GOT" column above has been cost-consultanted out of efficacy's way.

There are no appurtenances.

Open plan workplaces work as a metaphor for the impecuniousness I've described above. Brooks wrote, "For decades, research has found that open plan offices are bad for companies, bad for workers, bad for health and bad for morale. And yet they just won’t die. Human beings, if they are to thrive, need a bit of privacy — walls and a door. And yet employers, decade after decade, neglect to give workers what they need, refuse to do what’s in their own self-interest." And yet every holding company and every agency has glommed onto open plan workspaces as a shibboleth of acceptable meh.

Recently the New Yorker wrote, open plan workplaces “were damaging to the workers’ attention spans, productivity, creative thinking and satisfaction"...they led to "higher levels of stress, and lower levels of concentration and motivation.”

To my jaded and not-so-baby-blues, both these phenomena--the denial of "gots" and the propagation of open plan spaces have worked to destroy the industry.

The moguls will shake their well-coiffed heads. Linked In will be teeming with articles about quiet quitting. Agencies will offer employees $250 to buy a new yoga mat or a similar amount to create a video where employees spew banalities like "you can't pour from an empty cup." 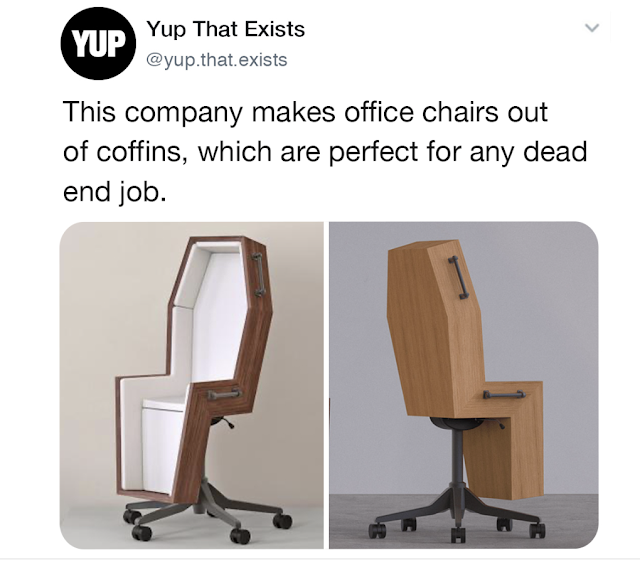 That doesn't mean anyone (besides you) will do anything to fill that cup.

I should say, find your tap.