In amerika, where we've all forgotten so-called christian values, such as looking out for our fellow humans, we celebrate Labor Day but disparage labor and the rights of workers (who have none.)

Herewith, my pastiche of tributes. 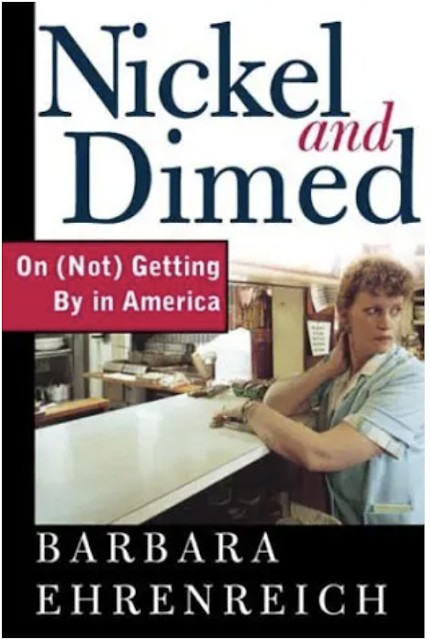 First, the obituary of Barbara Ehrenreich, who wrote the great book, "Nickel and Dimed: On (Not) Getting by in America. Ehrenreich died late last week at 81.

The link to the obituary is above. A key passaged, here: 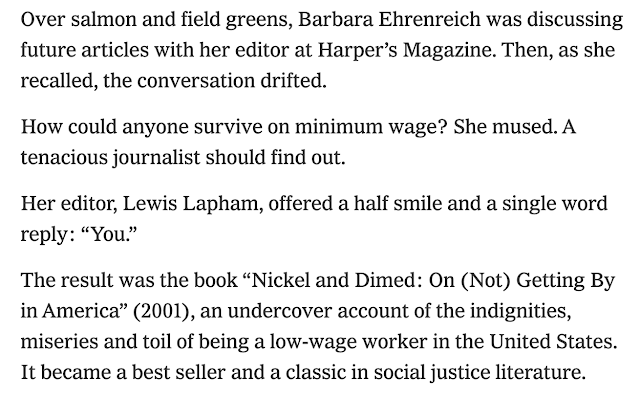 Next, the great Paul Robeson singing what many regard as the greatest song of America's Labor movement. Robeson was an All-American football star at Rutgers, had success as a pro-football player and earned a law degree from Columbia. Later he had success as an actor in Hollywood. Still later he was marginalized allegedly for being a communist and being un-American by speaking out against the noble American tradition of lynching.
Next, a song of a 1913 Massacre of mine workers, by Arlo Guthrie. Then, his great Hobo's Lullaby.
A nice scene from John Sayles' "Matewan." And another from John Ford's "The Grapes of Wrath." Featuring the better-than-amazing Jane Darwell.

Posted by george tannenbaum at 9:04 AM