How it Started. How it's Going.

Somehow we, as ostensible humans, have arrived at the belief that anything new is better than whatever it's replaced.

I suppose that's in our genetic wiring.

The hunt for improvement leads to progress.

But the distance between here and there is not linear. New and different is very often not new and better. But rather, new and worse.

This was the era of siege warfare and spears, javelins and the ballista from catapults would do less damage to rounded than flat walls. They couldn't hit rounded walls dead on. Force was diffused.

I've learned after 42 years in advertising. Diffusion of enemy bombardment can be a good thing. That engineering logic was passed on from Greek to Roman. If you go to Europe, you'll still see curved fortresses like the  13th Century Cathedral Basilica of Saint Cecilia in Albi, France.

By the 16th Century, the old ways of building were falling out of favor. Flat-walled fortifications became the rage. Shear walls that tried to face-down projectiles head-on. It hardly mattered that fortresses didn't keep the other guys out. They looked modern. And were probably cheaper to build.

But, as always, this is a blog about advertising. So what am I talking about bombardments for? 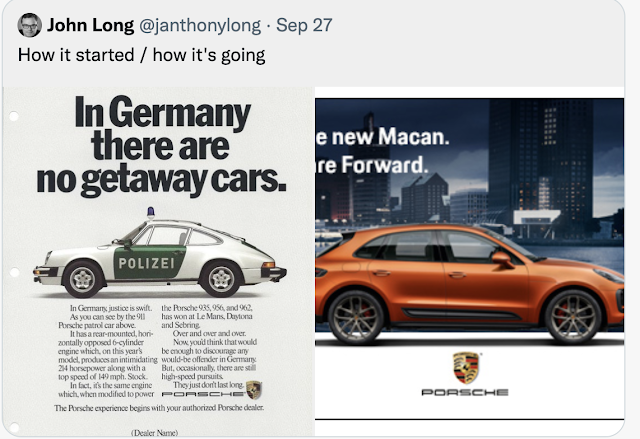 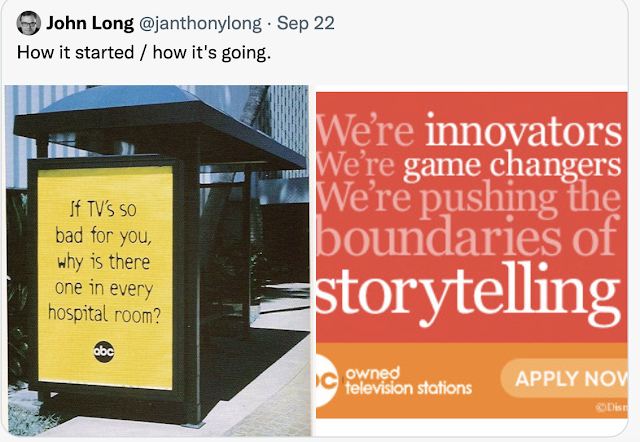 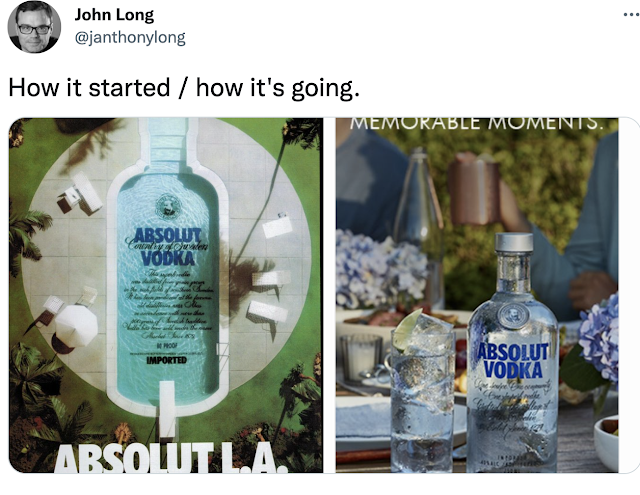 This is too simplistic by half, but there's a meme going around, I think started by my gifted friend and former colleague, John Long. It's called "How it started/How it's going." It compares seminal ads from days of yore to some of the vomitous pablum spewed today.

It's not entirely fair, of course, because it involves cherry-picking. But in principle the examples above seem very much akin to the curved vs. flat-walled fortification metaphor.

It seems to me that many of today's communications have forgotten, or have chosen to ignore, the very basic truths of communications.

In my youth, agency people often cited AIDA as a guide to effective communications. Not the Verdi opera, but an acronym for Attention. Interest. Desire. Action. The four components of any good communication. 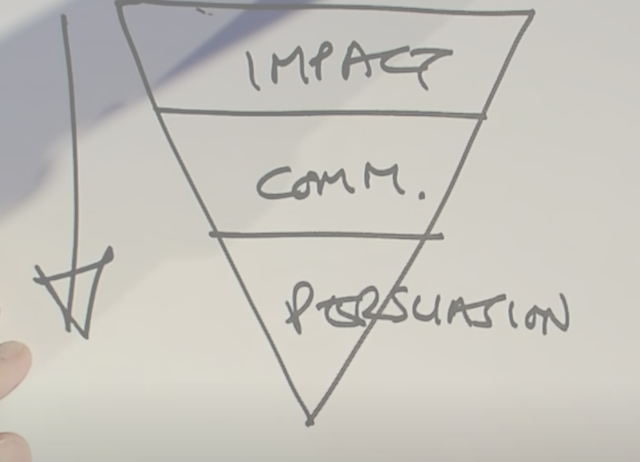 These days, I prefer even over AIDA, Dave Trott's inverted pyramid. In his videos, Dave does a damn good job explaining the universality of how we communicate, and how our species has communicated since we came down from trees and started walking upright.

If you care about advertising or communications at all, you'll watch Trott's videos. If you're a CEO or CMO, you'll make everyone around you watch them. If you're a smart CEO or CMO or agency person, Trott's codification will be the basis of what you do as an organization. And if you're really smart, yes, there will be a quiz in the morning. And every morning. And you'll pass it or be fired.

Not too long ago I read that it was the birthday of a voice of my youth, the actor Arnold Stang. Stang described himself as "looking like a frightened chipmunk who stood out in the rain too long."

I stumbled upon this reel of commercials Stang starred in--I'd imagine they were written with Stang in mind--for the Chunky chocolate bar.

I realize that these commercials are likely older than anyone reading this post.

But I think they're better, just about, than anything on the air today.

They establish a character, a brand, a 'mouth feel,' and make you want a Chunky. They break through and they're memorable. Oh, and I like the brand after seeing them. More than I did before seeing them.

Just something with wit, humor, empathy and a damn good mnemonic.

That's how it's going.