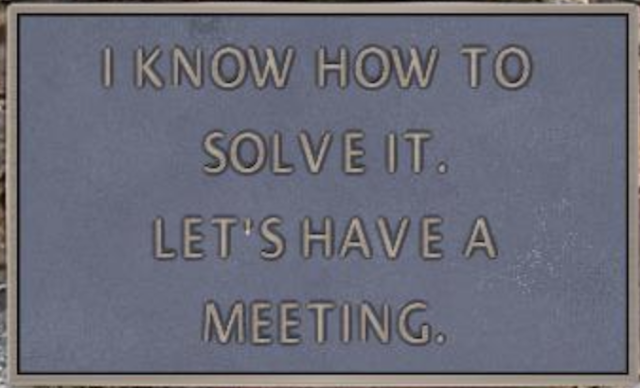 A thought crossed my mind the other evening, maybe around two-in-the-morning.

I don't sleep well and never have. And the quiet and the quietude of the Connecticut coast has done nothing to improve my slumber. So, I spend a good part of my horizontal time staring at the ceiling and wondering how everything went so wrong.

But then it hit me, in the dark of night.

The world would be better off if it were run like a holding company ad agency.

First, let's take the nation's recent Trump-incited insurrection. The impetus behind this attempted coup was fairly simple. Joe Biden was elected president with an over seven-million vote plurality. But the man-child, Trump, and his tens of millions of supporters wanted him to remain president, elected or not.

The agency world is great at solving a problem like this. Not only do most large agencies have six or a dozen presidents, they literally have hundreds of vice-presidents.

Next, let's turn to something even more difficult: Efficient and rapid distribution of the Covid-19 vaccine. To my mind, this is a problem the modern agency could solve in less than an hour.

First, put some catering platters in a few dozen empty conference rooms. If you want to ensure success, mark the platters with a badly spelled hand-written note.

"For client meating. Do not steel."

Second, inject each soggy tuna-salad sandwich with a dose of the vaccine. Sure, it's not an oral-vaccine--but better ingested than injected if you can't get the medicine to the people.

In just minutes, all the client sandwiches will be gone and a couple dozen or thirty people will be immunized. Again, problem solved.

A final example of how applying agency logic can solve problems large and small. This one, small.

The local supermarket chain up here in Connecticut has a difficult time finding staff. (Probably because they don't pay a living wage.) I go to the store every Sunday and see signs all over the store that say, "Baggers Wanted."

Of course, those positions remain unfilled. Who wants to be a bagger in a supermarket.

If "help wanted" signs were handled the agency way, the signs would no longer read, "Baggers Wanted." They'd be written to be much more enticing.

As simple as it is to disparage the ad industry, there's so much we can all do to help make America great again.

Posted by george tannenbaum at 6:27 AM