Every Thursday at 8 AM. 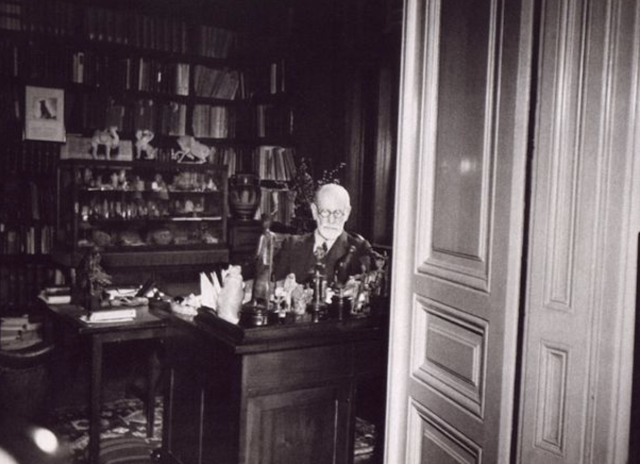 Every Thursday morning since around 1995, I spend a 45-minute hour with Dr. Lewis, my psychiatrist, my mentor, my advisor and my friend.

As a person who is famously hermetic or even misanthropic, I have maintained, somehow counter-intuitively, a dozen or so close relationships for decades upon decades. My wife and I, for all the semi-normal marital vagaries and strains, have known each other, for better and for worse, since the 1970s. My oldest friend and I have been no more than an axe-length's apart since we were ninth-graders together at the age of 13. And a GeorgeCo business associate and I have been close since the late '90s.

Last week, despite the length of our relationship, Dr. Lewis and I had a fight--an imbroglio, even.

There's no shame in having battles with those you love. As any close study of Aphrodite, the Greek goddess of love, would tell you, there's an atoms'-wide distance separating love and anger. As the song goes, "You Always Hurt the One You Love." I am no stranger to bringing hurt into the world.

Dr. Lewis, from my end of the Zoom sofa, came down hard on me last week. He told me that after 40 years in the advertising business, 40 years of doing what I do, and being liked and respected for it, I should, by now, be over my confidence issues.

Whether or not I should be over my struggles with confidence, I have--to steal from Godot--no lack of void. My lack of confidence is still with me. And, 13 months into "independent living," I still worry that the well-spring of my current fortunes will dry up like an over-fried pierogie in a bad diner in Cicero, Illinois.

I was shaken by my conflict with Dr. Lewis. I barked at him with some force: "Even Henry Aaron was nervous that he'd look like a fool at the plate. He was afraid, even after 700 home runs and over 3,700 hits, he was nervous."

Of course, I push through. I don't let my fear immobilize me, but still, it is there. I was troubled by this and I did something I rarely do when I am troubled. I reached out to an old friend.

This particular friend is one of the world's most highly-regarded creatives. He is a leader in the business and as much of a legend as anyone is in this era. Unlike so many legends, my friend's reputation is based not merely on bluster or the awards' circuit but upon actual accomplishments.

"I have to ask you a weird question," I said when he picked up. "You present as person with great confidence. Do you get nervous before you present, before a meeting, during a meeting?"

"George," he said, "Every time I have a big meeting, I have a visitor. I wait for him to come. He breaks through the door and perches on my shoulder. He kicks me and jabs me and head-butts me."

"Your mother," he said taking a good Borscht-Belt-beat. "Your mother? That's between you and your therapist."

And he hung up the phone.