I read somewhere--I don't remember where--that when Napoleon ruled most of Europe, armies, war and weaponry were closer in spirit and technology to those from Caesar's times--1800 years earlier, than they were to Pershing's--100 years later.

That's a round-about way of saying, I suppose, that the pace of change, which had been stagnant for so long, has accelerated spectacularly since around 1900. 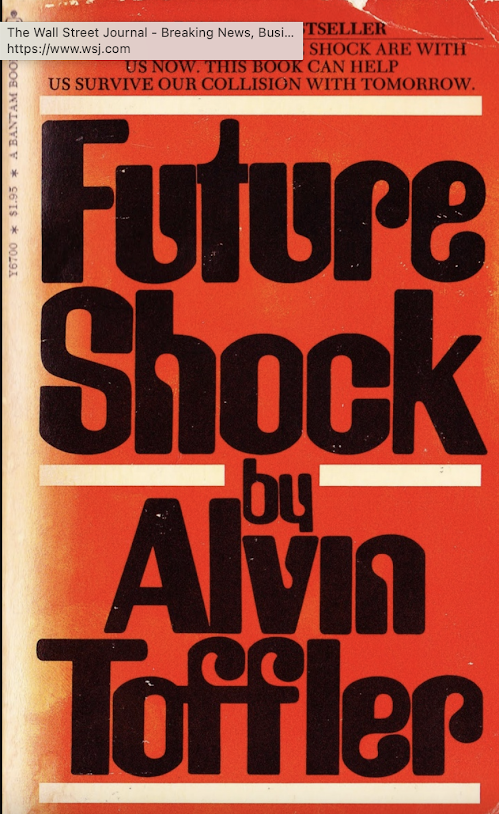 Alvin Toffler, the 1970s futurist wrote in his book, "Future Shock," for instance, that if you charted the fastest humans could travel, from the beginning of time till about 1800, the line would be essentially flat. Humans could go no faster than a horse galloping downhill.

From 1800 to about 1970 however, the line shot straight up. The train came along. Then the car. Then the plane. Then the jet. Then the rocket. And who knows what Elon Musk, Sheryl Sandberg or Betsy DeVos have up their sleeves to propel us even further ahead in the not-so-distant future.

Sunday morning, as I do every Sunday morning since the pandemic has caged us in our humble little cottage by the sea in Connecticut, I headed out to the Big Y supermarket. It was, according to the radio, just 22-degrees out, and it took me a good ten-minutes to get the Simca started and chugging. 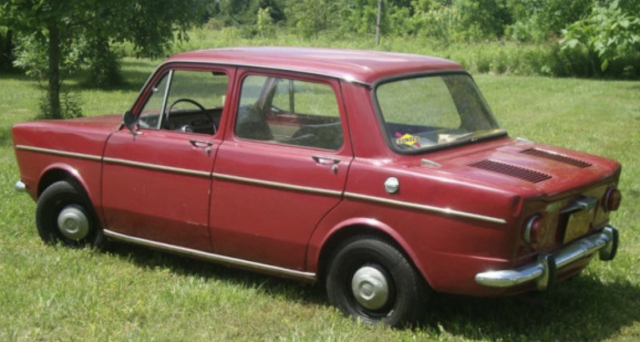 The Simca dates from 1966, and once again its newly-replaced heater is on the blink, so my wife gave me an old polyester afghan her Aunt Louise crocheted for me to throw over my legs and, hopefully, keep some heat in. If there's ever been an uglier afghan anywhere on our not-so-green planet, I am unaware of it.

After a short while and after stalling just twice at various stoplights, I finally made it to the giant supermarket. As I said, it was just 22-degrees and the parking lot was piled with dioxide-and-dog-piss-stained snow.

The first thing I saw when I got in the store was a fat 30-something wearing a fleece sweater and a pair of long, baggy to-the-knee shorts.

It got me thinking about how much the world has changed in just a short time. Shorts? In Connecticut? In February? In 22-degree weather.

Then it occurred to me--how much everything has changed. When I was a boy, many stores were closed on Sundays. Something about respecting the alleged Christian god. When I was a boy, TV stations shut down for the evening. Around two in the morning, or three, some network superego essentially said, "don't be a schmuck, it's three in the morning. There's nothing to watch. Go to bed."

But today, everything is on all the time. There's no time to breathe, to rest, to think, to walk away. Everything is always available, even shorts in 22-degree weather. It's anything goes, whatever you want.

In fact, right now in my email inbox, I have four emails from Nancy Pelosi. I like Pelosi. And eight times out of ten I agree with her point of view. And I agree that the radical right reverse robin-hood-repugnant party needs to a) pay for the damage they've done and b) be defeated and c) forever.

But Pelosi, like everything else today, has no boundaries. I never gave her permission to write to me. I never said, it's ok to call me George. I never said I want to have notes from you every day.

Brands and agencies think like this now. You are a duck. There are ten-thousand rifles and hunting season is on.

The big difference, I've read between the monopolistic robber barons from a century ago, is that the Carnegies, the Rockefellers, the Fricks and others, could only sell you steel, or oil or coal once. They could only make money from you once per order.

The Googles, or Zuckerbergs, or Bezos' are selling your data. And they can sell it a thousand times a day. Every day. They never stop profiting from what they steal from you.

It gives me plenty of time to focus on what's important.

Like when the engine goes out at a stop-light and I'm shivering under the afghan Aunt Louise crocheted.

Posted by george tannenbaum at 5:02 AM