Not too long ago, I read something somewhere about the man who edited Robert Caro's books.

That might mean nothing to you. But I think Robert Caro can teach a writer more about writing than a dozen or two MFA degrees. I've worked with and for some of the best writers in our industry, I have a Master's degree in English and Comparative Literature from a little school up the Hudson in the Manhattan highlands and I read about one-book-a-week. As far as I'm concerned, if you put digital pen to digital paper for a living, you owe it to yourself to read Caro. 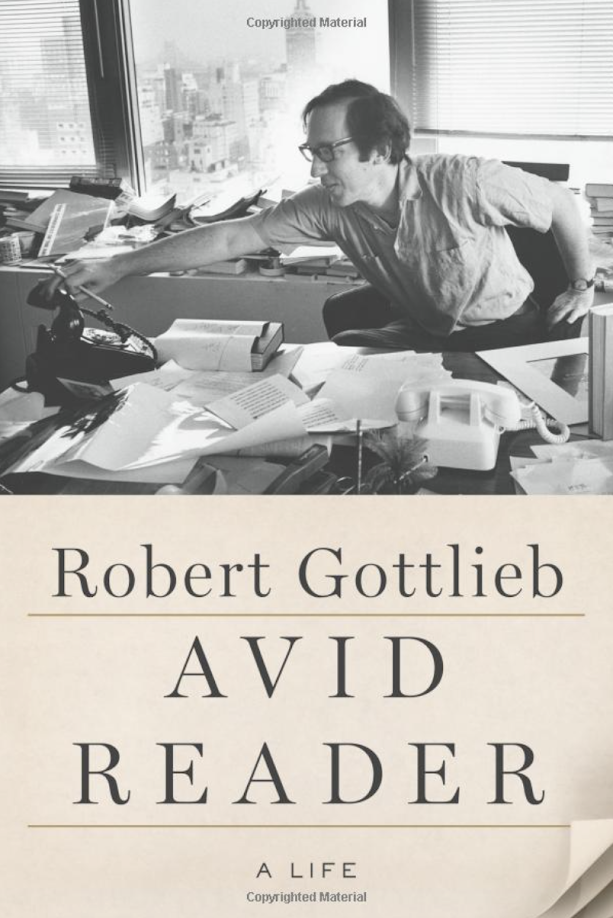 And Robert Caro praised his editor, Robert Gottlieb. So when this book review appeared in the Times, of Gottlieb's memoir, "Avid Reader," I bought it as quickly as you can say Jack Robinson.

Gottlieb is like the publishing industry's version of George Lois. A person who became famous making others famous. A person present at the creation of great things. A person who did great work at great places, like Knopf, Simon & Schuster and the "New Yorker."

All that's impressive, but what impressed me most about Gottlieb was a habit he had.

He said, "I can almost always read a new manuscript overnight." He almost always responded to a writer--because he knows the pain of waiting for criticism, within 24-hours. Because, simply, he cared about the people who made him rich.

Admittedly, Gottlieb has legendary powers. He claims to have read Tolstoy's "War and Peace" in one-sitting. But he was no pushover. A fellow editor once scribbled in the margin of a page, "this is the single most boring page I have ever read." Gottlieb read the manuscript next. Under that notation he wrote, "No, Page 511 is more boring."

Caustic commentary aside, Gottlieb once said, "Editing is about making your enthusiasm public."

When I think about big names in the industry, whom I know and work with, quick response and public enthusiasm are characteristics they generally share. They're not too "busy" to look at things--that excuse is a powerplay--or too threatened to praise them.

When I think about big names in the industry, whom I know and work with, they're NOW-ISTS.

A NOW-IST does things now.

Not in a minute.

Not after hours of perseveration.

When a NOW-IST is asked to write something, they don't say "it'll take a week or three-days." They say "ok." And they buckle-down and do it.

When I played ball, there was always one guy who could be ready to go into the game with just three warm-up tosses. Or another guy who could ride the pine for four straight games then get called in to pinch-hit and lash a double while he still had splinters in his ass.

I introduced a friend to a famous NOW-IST the other day. One of those email introductions you sometimes feel bad about making. A little gushy, sometimes.

My friend wrote to me shortly after I made the introduction.
"[She] took a whole 28 minutes to answer my email..."

That's a NOW-IST in action.

If you get in the habit of doing things the moment they're given to you--if you deliver work on-time, or ahead of time, your career will go better.

I actually think you're work will be better, too.

Because you won't be over-thinking. You'll be dealing with self-imposed pressure and solving problems.

NOW, back to work.