For about twenty years now, I've been trying to find the time, the brain-power and the courage to read a 2,500-year-old book.

Last week, I finally swam through the first set of breakers on my way to open water. 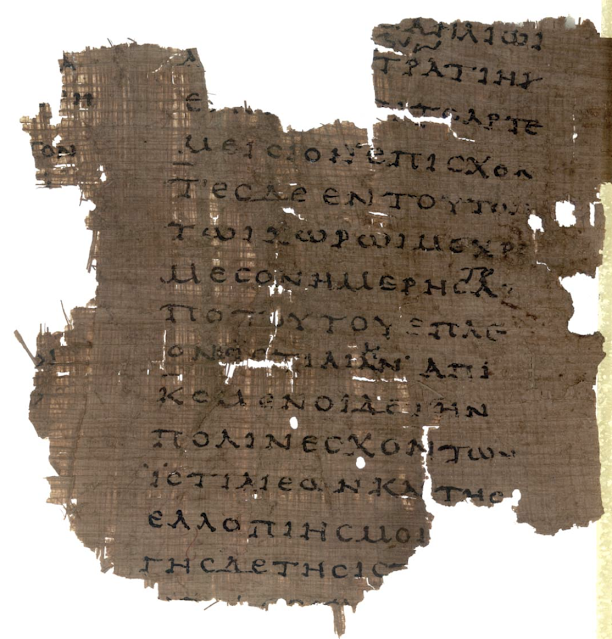 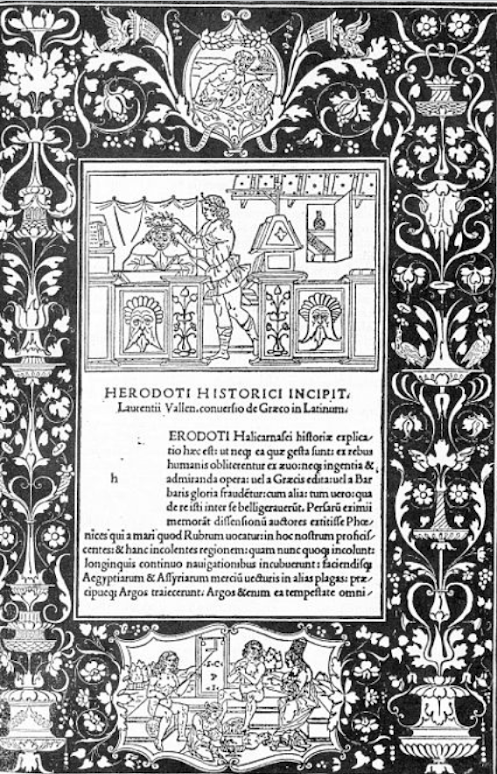 Naturally, I am reading a translation of Herodotus--and translations are never perfect. Nonetheless, I'm reading Herodotus for two reasons.

1. I love history--and of late I'm particularly interested in the East-West wars between the Persian Cyrus and his successors and the Athenian League and the Lacedaemonians (aka the Spartans.)

2. I love writing and I wanted to go back to some of its earliest examples. I wanted to see if I could learn anything about clarity, humor, description, that vile phrase storytelling, or anything else.

For about the past 25 years, since the rise of the internet, I've heard a whole bunch of folderol about how writing for the internet needs to take a different style or form.
In the early days of the web, there were people who specialized as web writers. If I said, "I'll help," or "I'll do it," I would quickly be slapped down and told I don't know how. As if writing on a backlit rectangle was different from writing on a paper-pulp rectangle or a cathode-ray rectangle or a projected rectangle. Or for that matter, a vellum rectangle.
I've been told that people reading online don't like clever. That they want short, to-the-point sentences. And overall, they want short most of all, because, we're told, no one cares about information anymore and no one anymore has anything like an attention-span.
There's been a great, nodding acceptance to this mongrel dogma, with no one, really, asking for data to back up any of these assertions. They're said with such conviction, and so often, and by people in such big offices, that we have come to believe them.
Except.
I don't really.
As Annie Savoy said in the movie "Bull Durham," "a guy'll listen to anything if he thinks it's foreplay."
That's not an exact quote from Herodotus, but it could be.

In fact, all throughout the world until very recent times when we willingly kanyedashianed our culture, people would gather to hear Herodotus read.
Because
It's good.
It's sad.
It's universal.
It's war.
It's love.
It's violence.
It's serenity.
It's truth.
It's exaggeration.
It's timeless.
It's timely.
It's intelligent.
It's fun.
All 953 pages and 3.4-pounds of it.
There are a lot of things people say about writing. I've read, of course, Elmore Leonard's rules. Stephen King's rules. I know my Gossage. I'll even include Billy Wilder's rules on film-making, and Preston Sturges'. Not to mention David Ogilvy who loved rules like a pig loves truffles.
They're not telling me anything Herodotus ain't showing me.
I really don't want to hear that things and people and circumstances are that different today in almost 2023 than they were Herodotus was pounding his Smith-Corona back around 440 BCE.
People were crazy, stressed, schizoid, worried about plagues and existential disaster back in Halicanarsus every bit as much as we are today in Brooklyn, the Bronx or even up here on the Gingham Coast.
We have Putin. They had marauding Scythians. We have Covid. They had leprosy. We have climate change. They had climate change. We have angry religious zealots. They had angry religious zealots. And so it goes.
To minimize the demands of life lived 2500 years ago is about your lack of understanding, not their lack of busyness and anxiety.
Mainly, if you want to be read--whether it's a shopping list or a novel--be interesting, respect your reader, tell a joke or turn a phrase now and again. Give them a reward.
Why do we make things so complicated?
--
[You won't like this writing, it's old:] 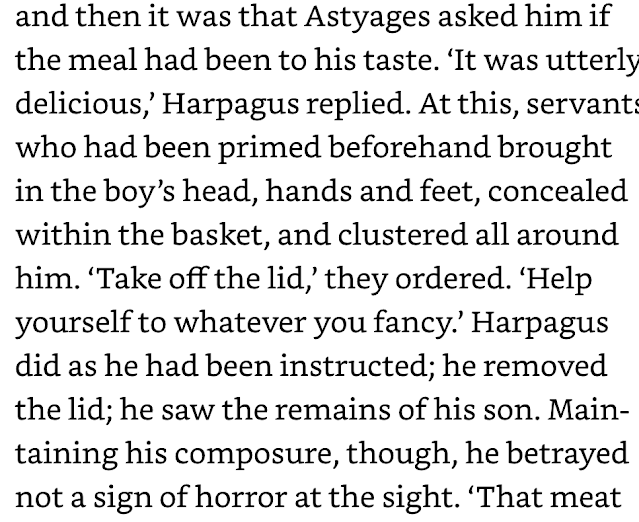