In Which I Give it All Away for Free.

I don’t know how it works with real writers, real artists and real musicians, but as I near the aging witching-hour of 65 years of age, I notice that my aperture in some ways is narrowing.

I never much liked, when the Mac entered our lives their boast “millions of colors.” I can see lots of shades ok, but there just aren’t that many colors. If nature is any guide, rainbows max out at seven and while austere that seems essentially right. 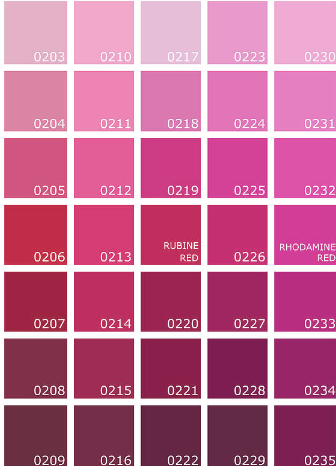 It seems to me that many creative people as they enter their dotage zero in on fewer tools and themes. Their minds and work are more focused than in their younger years.

What I’m driving at is simple. As I get older, I’ve seen the advice I’m asked to bring to clients and friends narrow down to fewer and fewer offerings. I find myself repeating myself. Repeatedly.

At times I feel like an old-timey magician doing that pick-a-card- any-card spiel. But instead of 52 options, I have really only 15 or 20.

I think that's ok. It's ok to have just a few things, if those few things are good. That's true with comedians, baseball pitchers and old people like myself.

For instance, with my adult daughters whom I adore and esteem, it’s not unusual to find myself in fairly pitched combat. As often as not, when I seek to reassure them, I proffer the words of Robert Frost in his great poem, "Death of a Hired Man."

“Home is the place when you have to go there/They have to take you in.”

As a boy who grew up loveless, parentless, hugless and homeless, maybe I myopically find reassurance in those words. That’s what I’m aiming for, in any event. It's pretty good. Why not trot it out when the time comes?

I was on the phone early last week with a prospective client. She was explaining her problems and I was answering with what I thought she needed. “I’m not a boxing fan,” I began telling her "but from an advertising point of view, I find wisdom in the way Joe Louis fought. I watch old fights on YouTube and I learn.”

She looked baffled but I continued.

“Doing advertising is like Joe Louis. Jab, jab,jab. Find an opening, then pow. Then pour it on. That’s how it ought to go, I think. One ad ain’t a panacea. You've got to jab a lot and wait for your moment.”

In fact, the six-minute clip above, as far as I'm concerned, is about all you need to know about media strategy. Don't back down, and keep looking for an opponent's weakness.

A lot of my friends and colleagues, like me, have lost their jobs of late, or have left them. They haven't been caught absconding with corporate funds (for that you get promoted) they've aged-out or wised-up and left the business.

They come to me and ask, "George, how can I do what you've done?" I'm a moderately talented guy who's made an outsized name for himself.

Again, I don't have a lot to say. Basically, just three or five little things I've learned. I ain't exactly the Oracle of Delphi, but I am pretty good at coalescing my experiences into fairly universal guidance.

1. Figure out what you do that other people don't, can't or won't do. Then make that something your unique selling proposition.

When I was fired at the age of 56, I feared I'd never work again. I decided no one was better than I at making complicated shit simple and explaining it with some euphonious wit. That's how I got hired. That's how I sell today.

2. Do that thing every day. Don't just say you're a great plumber, find a way to show the world. Daily.

4. Don't succumb to shy. I am one of the shyest people on earth. Christie Cordes, the great recruiter and friend, kicked my ass about that. If you're in advertising and you don't believe in advertising, why are you in advertising?

6. Walk away. From jobs, from people, from enticements if they try to nickel-and-dime you or otherwise sully your resolve. My therapist of two centuries taught me a sentence and I stick to it: "I'm sure you can find someone to do what you want at the price you're willing to pay." That's all. No good relationship, business or personal starts with a negotiation.

Besides, as a wise man once said to me, free advice is worth what you paid.