The Books of George.

Except for Jeopardy, I don't watch TV at all, not even sports. Up here on the Gingham Coast of Connecticut, I rarely meet people for drinks or dinner. And outside of walking Whiskey, my golden retriever, and taking her swimming in the turbid waters of the Long Island Sound, I have no hobbies.

I'm not going to build a model schooner in a bottle, or plant tomatoes in the backyard, or put down new paving stones in our driveway.

I get two hours a day, what my therapist of thirty years, Owen, calls my restorative niche. In those two hours, I remove myself from my woes and pressures and feed my head.

I do that by reading.

For all the "anti-enlightenment" darkness in the world today as we careen toward a combination of autocratic or theocratic rule, the number of great books available at about the price of a latte or two is burgeoning. I spend a lot of time reading book reviews, and now that I have made the move to digital books, I have no space issues--nothing to stop me from buying five or more books a week.

I'm sure there's a German word for people who amass books they'll never read. But there's still ooomph to be gained from having them, even if you haven't the time to read them. In fact, I've renamed my reading-mania "hanging out with geniuses a couple hours a day." I feel it serves me well, even if a lot of what they bring to me is over my head.

I thought today, I'd give brief descriptions of some things I've read lately, that I think you, dear reader, and the world would gain by reading. 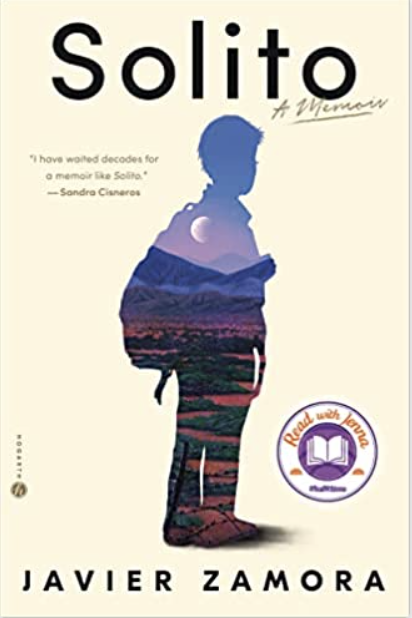 Order here.
1. You must read "Solito" by Javier Zamora. It's a harrowing memoir of a boy, just nine, and his 2,000-mile trek to escape an American-propagated war in El Salvador to reunite with his parents who have already made it to America.

It's way too acceptable to call humans "illegals." Too many call them "rapists and murderers," and other racist trumpian xenophobic smears. It's way too easy to ignore the American-fed wars and colonial economic exploitation and attribute the etiology of poverty and make it the fault of the poor and voiceless.

Please read this book. The world would be better if everyone did. 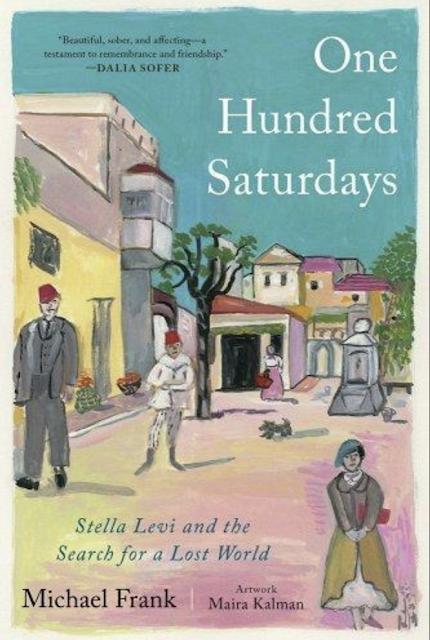 2. "One Hundred Saturdays: Stella Levi and the Search for a Lost World," is in an odd way a wonderful companion-piece to "Solito." Stella Levi grew up in a 600-year-old Jewish community in Rhodes (a part of Greece) until the Nazis arrive and send her entire world of 1,700 towns-people 2,000 miles to their death camps. The book, illustrated with about a dozen paintings by Maira Kalman, is Levi's journey, her survival, her finding a place in a world where her place was stolen from her.

Both Solito and One Hundred Saturdays are about that most human of quests. The hunt for home. And the trauma of having none. 3. There's a lot in the news today about the "threat" from China and the looming global war over what we in the west call Taiwan. If you're my age (god forbid) you might remember the carnage of Vietnam. Ronald H. Spector's "A Continent Erupts: Decolonization, Civil War and Massacre in Postwar Asia, 1945-1955," is a long and head-grinding book about the upheavals in Asia at the end of World War II.

My own education and upbringing and orientation raised me to be myopically Eurocentric in my world-view. A Continent Erupts is a necessary corrective. You'll find yourself, for instance, reading about seminal conflicts and shaking your head and wondering, "how did I miss this?" 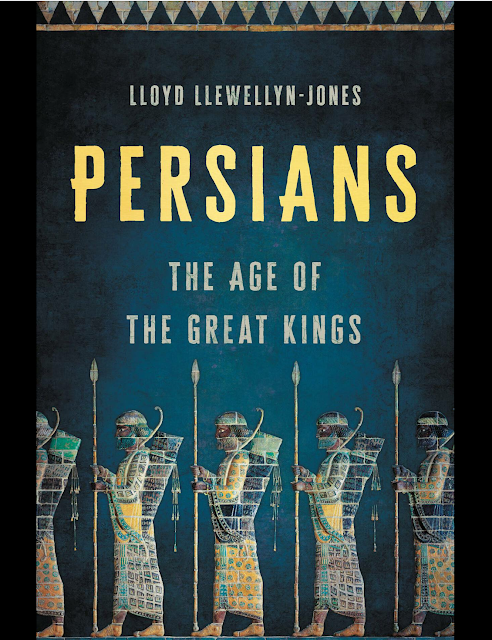 4. Lloyd Llewellyn-Jones' "Persians: The Age of the Great Kings," is another such corrective, this time looking to emend typical Western ignorance of the great Persian civilizations dating back to Xerxes and earlier. Our bias usually pits the barbarian "Easterners" against the enlightened democratic Greeks at Thermopylae, a jaded view of world history if there ever was one. Truth, of course is neither as black and white or as limited in scope. If you want to see a region of the world you know little about--without current Islamophobia--Persians is worth the effort. 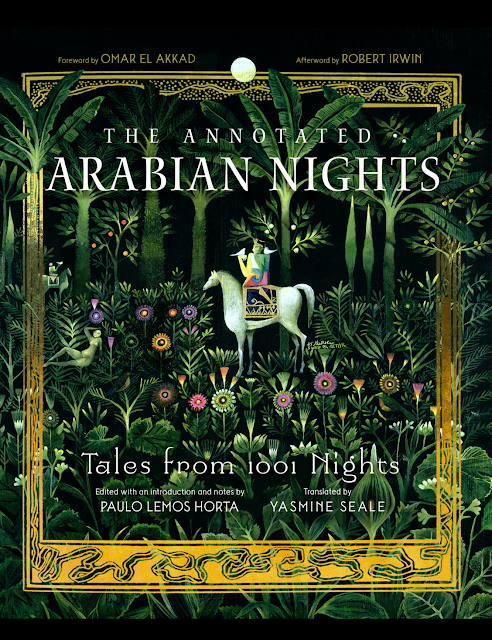 5. Speaking of Persians, I highly recommend Paulo Lemos Horta's "The Annotated Arabian Nights: Tales from 1001 Nights," translated by Yasmine Seale. Of all the hundreds or thousands of book reviews I've read in my life, Sam Sacks' review from the Wall Street Journal, might be to most positive I've ever seen. I can't really sum up Scheherazade in just a few sentences, but I can quote Sacks' review.

"In an empire long ago there lived a king who discovered his wife sleeping with a palace slave. Crazed by jealousy he vowed that henceforth he would marry only for the length of a night and each morning his new bride would be killed. After he had carried out his wicked agenda for some time, Scheherazade, the brave daughter of the king’s vizier, demanded that she be the next in line to the royal bedchamber. During the first night she beguiled the time with a fantastic story, breaking off at a moment of high suspense as morning arrived. The king agreed to delay her execution so long as she took up the tale the following night—and the reprieve was extended again, and again, until, after one thousand and one nights, the king saw the error of his ways.

"That is the premise of what may be the greatest treasury of stories in all of world literature...  On display again is the spectacular panoply of storytelling, from tales of magic and wonder to murder mysteries to instructional fables to sexual burlesques. But also contained in this heaping volume is the history of how the tales coalesced, a story every bit as intricate and engrossing as those that enchanted the mad king." 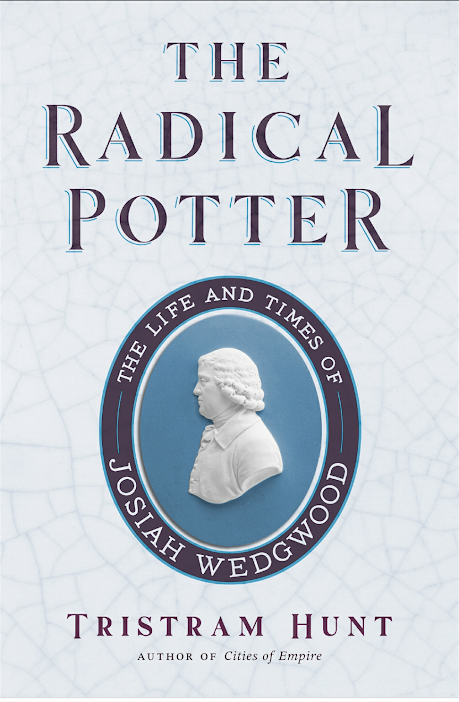 6. One of the best books I've ever read about the modern economy, "The Radical Potter: The Life and Times of Josiah Wedgwood,"  by Tristram Hunt traces the rise and rise and rise of Wedgwood china, perhaps the world's first globally-traded luxury good. Not only will you learn a lot about "influencer marketing," (Wedgwood first sold directly to nobles--once they bought his wares, everyone else did, too) you'll also learn about craft and design.

Finally, you'll learn of the fall of Wedgwood, thanks to the pernicious influence of investment bankers who essentially bankrupted the company, moved manufacturing to Thailand, and destroyed its workforce while using Wedgwood's not- inconsiderable revenue stream as their personal ATMs.

That's all for today.

I'll do this again, if'n y'all liked it.