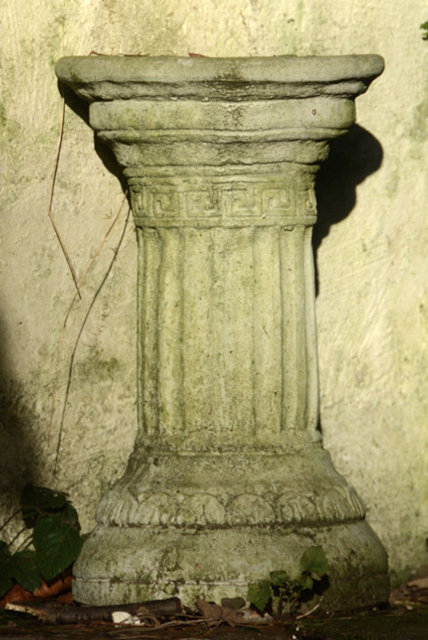 The world of working for yourself is a more challenging world than working for a company. No matter if that company is large or small.

At least it has been for me.

Because working for yourself--more so than other kind of work--is a constant struggle for self-belief, and in believing in the value of what you do. Despite all your natural and unnatural fears and self-doubts.

When you work for another entity, you have a value and a station and a salary band assigned to you. You can add to it, increase your worth, but there is always an outside arbiter who is the ultimate judge of how much you get paid, what your title is, which meetings you get invited to, and so on and so on.

When you work for yourself, all that shit is up to you.

And if you're at all neurotic (and what creative person isn't?) you have to fight with your demons. The demons that tell you you suck. Or that your day rate is too high. Or that your work wasn't good enough. Or that you'll never work again. And everything you've ever done and every connection you've ever made somehow counts for nothing.

Learning your worth is, to be as reductive as possible about it,  what life is all about.

If you grew up as I did, an abused child, you start life with at least one foot in a bucket. Most people never remove their foot from said bucket.

As Henry David Thoreau said, most of us, "lead lives of quiet desperation and die with their song still inside them."

No one is like me,
No one can do what I can do.
You'd be lucky to have me,
If you don't know that, screw you.

When you don't value yourself, when you don't work on your DSA (Deep Self-Appreciation) that's the song that stays unsung inside you.

Both in a soul-crushing manner.

One of them, I was told I was too expensive. Though the person who recommended me for the job is arguably the most-powerful woman in advertising and on the board of the company I was to work for.

Even though I was to position their company and write speeches for their CEO, I was asked to lower my fee. Which I did. But apparently not enough. So they went elsewhere.

The other one involved an ex-client. I did all the work, then they decided they didn't need it and asked me to cut my fee.

If I didn't believe in myself, I'd have had my tail between my legs and been looking to apologize. Instead, I said to them, :I did the work. I expect to be paid. Period. You can't order a pizza, change your mind and expect not to be charged."

I'm getting paid. I spoke to procurement today. A little less than we had originally contracted for--but I still came out ahead. As you should when you work hard.

What have I learned from all this?

Don't work for less than your worth.

Charge for every hour.

And, most important, remember they're not doing you a favor giving you work. You're doing them a favor helping them out.

It's taken me 64 years and ten months to learn this.

I wish I had learned it sooner.

But maybe I wasn't ready.

Posted by george tannenbaum at 8:21 AM