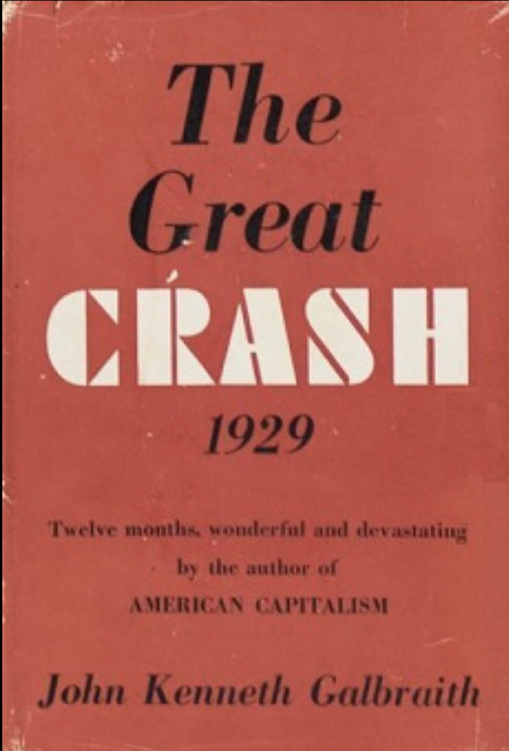 Back in the 1950s, Harvard professor, economist and advisor to three Presidents (Truman, Kennedy and Lyndon Johnson) wrote a great book called "The Great Crash of 1929." I'm not entirely sure (and I am entirely in awe) how Galbraith packed so much brilliance into just 224 pages, but he did. 224 pages is shorter than most new business PowerPoint decks and Galbraith filled those pages with facts and insights not stunts no one would ever care about and mobile ads literally the size of the nail on my big toe.

I recommend Galbraith, especially if you're a Keynsian--and not a believer in the serial frauds of Friedrich Hayek and Milton Friedman and their promulgation of tinkle-on-me economics.

One of the things many digressions in Galbraith's otherwise very tight book is a look at the reasons meetings are convened in so many offices and across so many Zoom calls. I'll print the whole thing here. Then I'm going to focus in on a couple of sentences and talk about my favorite topic: me.

Let me start with the last two sentences, which I've highlighted in a color I'll call "George's Eyes Blue."

I've written many times before that if I ever opened an agency and needed a physical space replete with conference rooms, I'd buy some white Carrera marble, find a stone-engraver like my grandfather on my mother's side, who carved gravestones and I'd have those sentences up where the Crown molding ought to be. If more agencies did that, there'd be more agencies that are profitable.

That's all besides the point.

The sentences I want to talk about are the two I've highlighted in green.

2. Meetings are held because men seek companionship or, at a minimum, wish to escape the tedium of solitary duties.

Since Covid, of course, the world has been suffering a loneliness crisis. You could say loneliness is the malady of our age. (I think Marx called it "alienation.) And loneliness leads to what are today called "diseases of despair," obesity, depression and a host of substance problems.

As a solitary, non-office worker, I believe you are more susceptible to loneliness.

After all, you spend much of the day alone.

Like I said, I think about loneliness a lot.

As always I am busy. I often say to my wife, "I'd rather be running at 150-percent than 75-percent." That's something I think most project managers and their ilk don't understand. Most people do better work when they're just a little bit stressed. From an evolutionary point of view, it's probably a survival technique we learned from being chased by tigers, a snake, or in my ancestor's case, a vicious and vengeful snail.

Today, I had two work phone calls with long-time friends, bosses and partners.

We're all people of a certain age "doing our thing" on some fairly lucrative, prestigious and important assignments. They're actually better assignments than I used to get while working at agencies.

Maybe because I'm a private person, I tend to get along best with private people. Also, people who err on the laconic. That is they don't talk too much. Most people I get along with resemble Sam Spade in a scene with Kaspar Gutman in John Huston's production of Dashiell Hammett's "The Maltese Falcon." 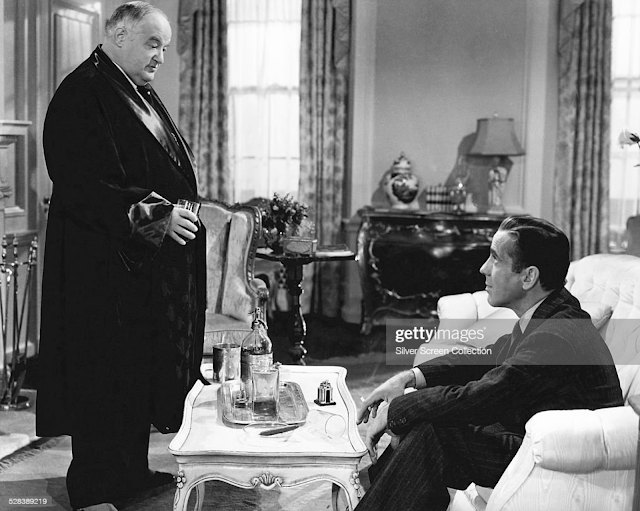 Additionally, many of the people I work with and get along with seem to follow the Duke's advice on acting: "Talk low, talk slow and don't say too much." (I'm no John Wayne fan, but I'm a sucker for rhyming advice.)
Back to today's phone calls and busyness.
My work compatriots and I are economical when we go over work. We don't get paid for gabbing. We get paid for thinking up ideas and putting them down on paper and showing them to clients when we're happy with them. Then selling them.
What's more, we're flinty. In other words, it doesn't take much to hit us and light a spark. Once we have that spark we want to play with it.
We are the opposite of those that find thinking in public more productive or less painful than thinking in private. We're not being austere about things--but there's a time for talking and there's a time for solitary marination. We don't conflate the two.
Finally, I think we simply don't find tedium in solitary duties. In fact, I think we all like our alone time. I suppose we're all the types that can see a movie alone, or go to a museum, or for a long run. If your brain is an internal combustion engine, there's no tedium in the solitary.
Of all the things "management" got wrong when they declared that open offices were more creative and then mandated that steerage was better than a private cabin, the worst was a fundamental miscalculation. Sometimes we need collaboration. Sometimes we need uncollaboration. It's not one of the other. It's both. Management chose the vastly cheaper alternative and foisted it upon us as a purposeful decision.
I can sum all this up in six words.
The best thinking comes from thinking.
1.    2.        3.          4.      5.        6.

Posted by george tannenbaum at 7:16 AM