Chicago and the Olympics. 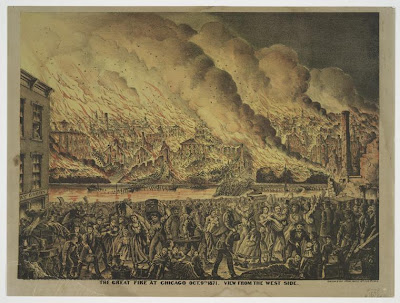 For the last 24-hours there have been a spate of news reports about Chicago not being awarded the 2016 Summer Olympic Games. Along with those reports come reports of outrage from people all over the US that somehow Chicago not getting the games (these are games, remember) is the product of unfair anti-Americanism. No one that I've heard on the news has even seemed to consider that there are other great cities in the world that might be more deserving than Chicago, or might even be cooler than Chicago.

In a weird way I see this "outrage" over not getting the games as very similar to what I will now name "The Divine Rights of Clients." This divine right is best exemplified by GM's new effort of "May the best car win." Both these cases are instances of "drinking the Kool-aid." That is a client (or a city) that is so in love with itself and its processes that not being a hot brand or becoming #1 in sales can only be the result of a conspiracy against them.

The role of an agency should include telling the truth to their clients, to help the client resist the "group think" that so often infects corporations, and so spur corporations on to innovation in either intelligent design or marketing.

--
PS. For me the saddest thing about this whole Olympic imbroglio is the fact that it is news. We are still deeply mired in an economic crisis. We are fighting two wars. Half of Southeast Asia was recently covered in sea water. Our planet's eco-system is rebelling. 1/6 of the world's population is mal-nourished. The hoo-hah about the Olympics is our 21st Century equivalent of panem et circenses.
Posted by george tannenbaum at 9:25 AM

A little Olympics in a mucked-up world may do some good. At least it's one place where countries come together to celebrate their similarities, rather than their differences.

I didn't realize US television was claiming Rio's victory as anti-American, though. Canadian news just keeps showing all the happy Brazilians. It's just more of the "if you're not for us, you're against us" rigamarole, I guess.

George...
I think the biggest insult was that they were the first city to get booted out in the first round of voting. Makes sense to me. You just know the IOC wankers would rather be checking out the topless chics on Cocacabana beach than getting their wigs blown off along the lake. And you're dead right, we should be concerned about more important things.
Cheers/George

I know, George. I just had this feeling that people act as if some major injustice was done. Because, dammit, we're Americans and we MUST win.

I was stuck at the O'Hare airport over night.