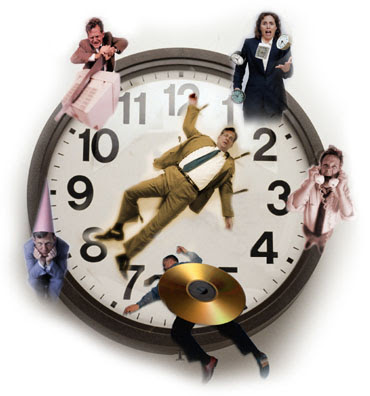 I don't have a lot of data to prove it, but my belief is that over the last few years we have seen the number of people who actually do work decline and the number of managers and administrators increase.

My 18-year-old daughter goes to public school here in New York and there seems to be one administrator for about every two teachers. In agencies, there seem to be whole departments that have sprung into existence to manage creatives creating the work.

Out of curiosity, I have done some very un-scientific research into this matter. I found in the darkest coffers of my bookshelves a "The World Almanac from 1951." There, I found a chart that had the number of enlisted personnel in the Armed Services and the number of officers.

What I found was at the peak of WWII, the ratio between soldiers and officers was about 10 soldiers to 1 officer. In 1943, when the war could have gone either way, there were approximately 7 million soldiers in the Army, and 560,000 officers. So, the ratio was more like 11 soldiers for every 1 officer.

So, at least in the military (America's largest employer) fewer people doing the work, more people managing the work.

Again, I'm no scientist. And only know what the workplace feels like today. Any thoughts?
Posted by george tannenbaum at 6:05 PM

The last agency I worked at had 18 employees--and 6 VPs. Half our meetings were about making more meetings...

who would have thought that the balls of creative work would need an 'entourage".

creative teams (much less glamorous celebs) managed, produced and directed by the suits (i guess agents) which also have their own hangers-on (minions and papparazzi) that would also like their name on 'the' list.

this is why some agencies will always be BIG - only in size, definitely not talent.