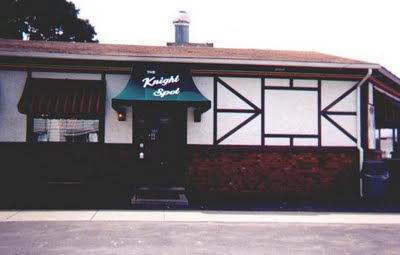 The most money my father ever had was when he had written a song and somehow sold it to a local band called “Woody and the Termites.” The be-bop classic “Salt Peanuts” had become a hit via Charlie “Bird” Parker and my father quickly wrote a sequel hoping Bird would buy it from him and propel my father to success if not stardom. So my father wrote a song called “Two Peanuts.” He got it to Parker who said, “no dice.” So my father sold it to Woody who recorded it.

Woody and the Termites’ Two Peanuts rose to number two on the charts, and my father’s song netted him a quick $1,500. The most and the quickest money he had ever made. When my father saw that Two Peanuts was a hit, he just as quickly wrote a sequel, a song he called “Two Peanuts Times Two.” Lightning didn’t strike twice.

However, while “Times Two” didn’t match the success of “Salt Peanuts” or “Two Peanuts,” it did sneak into the top 40 and earned my father another quick thousand dollars.

My father became his own one-man Brill Building. In one of his frenzies of productivity he wrote a dozen more songs. “You’re the Broom that Swept Up My Heart.” “A Frank Ain’t Nothing With No Roll.” “Two Pints Short of a Quart.” “A Disease Called Louise.” “Your Eyes in the Sunrise.” “Turpentine Can’t Remove Your Love.” “I’m Ready, Betty.” “For You, Sue.” And several others.

Woody and the Termites recorded these songs and while their album did moderately well, not a single single was a bona fide hit. Nevertheless, the money was coming in for my father like it never had and it seemed like song writing was his ticket.
His next set of songs unfortunately performed even less well (though “Go On Gowanus” did crack the Top 40) and it soon became clear that my father had not a gift but instead had had some luck. Nevertheless, his song-writing spasm had earned my father just under $5,000 and with that money my father decided to open up something that was missing from our Yonkers’ neighborhood, a 24-hour diner.

“The Knight Spot” opened on Warburton Avenue in October of 1964. There was nothing really very special about it. My father had decorated the place with some faux armor he had found and some faux coats of arms and some faux swords and lances. All to play off the Knight in the name. Beyond that, the Knight Spot served standard diner fare, cakes spinning in a display case night and day, BLT’s, eggs, muffins, chopped steak and the like. The thing that made the Knight spot unique was that it was open 24 hours and my father refused to hire help. He did everything himself and intended not to sleep.

The Knight Spot did ok for the first couple of weeks and so did my father. He would rest in the wee hours when business was slow, and would catch twenty or so winks leaning on a mop or on the countertop. But soon it was obvious even to me, and I was only seven or eight, that you couldn’t run a 24-hour restaurant by yourself. And before long my father had me and my older brother in the place from when school let out until about 11:30 at night when he would send us home.

I was eight at the time and my brother was ten, but we became good at the routines of The Knight Spot. Most guys would come in for a burger and a cup of coffee or a plate of franks and beans and, independent as we were, it wasn’t too much for us to man the counter by ourselves while our father rested in the back or even went home for an hour or two to sleep in a proper bed.

It wasn’t long however before me and my brother ran into a little trouble. A customer came in when my father was asleep in the back and ordered a steak with mushrooms and onions. This meant we had to use the broiler and the broiler was of a big, foreboding and industrial sort. We turned it on and the gas whooshed into a flame, then we placed the steak just an inch or two below the flame and left it there, turning to the griddle to sauté the onions and mushrooms. A minute or two later, The Knight Spot was filled with smoke and large flames were leaping out of the broiler. The fat on the steak had caught on fire.

I ran to the stove and with a long pair of tongs grabbed the steak out of the broiler and turned the broiler off. It was burning like a too-well-done marshmallow and my brother took the fire extinguisher and doused the steak. By then the fire trucks were pulling up to the diner and my father was furious. “I can’t leave you two alone for a minute without you pulling off your mischief. Setting a customer’s steak on fire and ruining it with a fire distinguisher.”

I don’t know what sort of trouble he got into with the child welfare people in Yonkers for having me and my brother working the night shift at The Knight Spot, but he sold the business, I suppose at a small profit a few weeks later, always blaming it on us and our hijinx and never failing to give a kick in the ass or a swat in the back of the head for screwing up The Knight Spot.

In the meanwhile though, one of the songs Woody and the Termites had recorded was re-recorded by a “Negro” group called the Ink Blots and became something of a hit. The proceeds from my father’s song “Two Times Me Equals You” gave him enough money to take some time off to think about his next great idea.
Posted by george tannenbaum at 3:23 PM