My father and the Chinese restaurant. 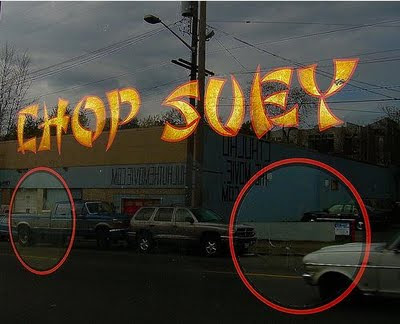 This will be the last post for a while about my father. I apologize for my self-indulgence. These stories have been in me for a while, waiting to get out. This weekend, with a paucity of advertising news, I suppose these stories are all I had to write about.

My father, as you may have guessed, had a hard time working for other people. In the first place, his circadian rhythms weren't like those of other people. He paid no attention ever to a clock. When he was working on something, he thought nothing of going 96 hours straight, without sleep, without a meal, without hardly a break to bring his idea to fruition. What's more, he believed if he didn't need sleep, no one else did. Things that were normal, like his children going to school at a set time each day, he regarded as intrusions upon his rights as a parent and his creativity.

Once, I remember he had this notion to breed fishing worms. He couldn't get over that the Italians who lived in the little run-down bungalows near our house would buy ten worms to fish with for $1.50 from Milt's Tackle Shop, down by the pier. Something you could dig up for nothing in the backyard and then sell for 15-cents a pop seemed like a gold-mine to my father, and if you could breed night-crawlers successfully, he figured, you could be on easy street. In any event, my father had me up with a shovel at 3AM for about three weeks straight, digging in the mouldering leaves of Crotona Park. I missed school those three weeks I was digging but my father figured that was ok because he would talk to me about great books. I would dig and he would read by flashlight from "Gulliver's Travels," or "The Journal of a Plague Year," by Daniel Defoe. Those were the type of books fifth-graders wouldn't normally be exposed to so even though I was digging worms in a park in The Bronx well before sunrise, my father figured that as far as my education went, I was ahead of the game.

My friends were reading things like "Encyclopedia Brown" or "The Phantom Tollbooth," whereas his son was getting Swift, Defoe and others. My father also had no issue giving me brandy to fortify me against the cold. He thought that laws against drinking were asinine. Men, and he had me digging to become a man, could drink against the cold. There was nothing wrong with that.

We stopped with the worms after about three weeks. We had captured about 1,500 of them and had them in a big fish aquarium filled with dirt that he had found on the street. He kept the aquarium on the back steps and played on a $2.98 transistor radio he had bought from Korvette's, Mozart for them, hoping that that would coerce the worms into breeding faster. I was back in school by then and my father would sit in the back on a lawn chair, a blanket over the aquarium to keep it dark and the worms warm, smoking his cigar and listening to classical music with the worms.

His plan to breed worms led to nothing. He sold the 1,500 Bronx-ite worms I had dug up to Milt for a nickel a pop, a total of $75 for five weeks work. Not enough to pay the mortgage on our house. So my father did what he always did when he was hard up, he went down to Hop Sing, the Chinese restaurant down the block from us and got a job as a waiter.

"There's a secret to being a waiter in a Chinese restaurant when you're not Chinese," my father told me. "You get great tips if people think you're Chinese. They say, 'look at that man speaking Chinese.' They're impressed and they tip you well in return."

So every afternoon for the next month or so, until he had banked a few hundred dollars and paid the mortgage, my father would put on a clean white shirt and thin black tie and work as a faux-Chinese-speaking waiter down at Hop Sing's. He had a simple set of words that convinced the mostly-Jewish clientele that he spoke Chinese. He would take an order and then, to a Chinese waiter passing by (he was the only non-Chinese in the joint) he would rapidly bark "I tie my tie you tie your tie." The waiter, in on what was going on would say something back in real Chinese and my father would nod, or chuckle as if he understood. That was all it took for my father to make enough to put us on solid footing.

By the way, it was not unusual for me to miss long stretches of school a couple of times a school year. And I always assumed that there was nothing un-toward about yanking your kid out of school to dig worms for three weeks at a time. My grades didn't really suffer for it, and when I applied to college and got to Columbia, I found I was much better read than almost all of my classmates. All in all, I couldn't really complain.
Posted by george tannenbaum at 11:36 AM

Thanks for the informative information - I enjoyed reading it! I always enjoy this blog. :) Cheers, mother-giving-birth-video.com

It's interesting to see just how permeant memory has become in our every day lives. It seems like everytime I turn my head, I see something with a card slot or USB jack, lol. I guess it makes sense though, considering how inexpensive memory has become lately...

Gahhhh, I shouldn't be moaning and groaning. I can't make it through a single day without my R4 / R4i!