My father dies and dies again. 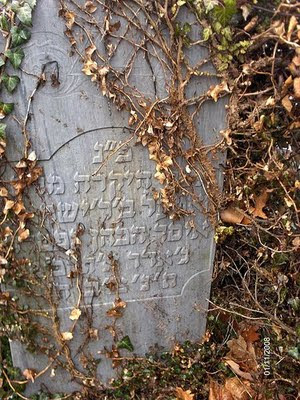 When my father turned 46 he had a very rough year. He was convinced that this was the year he was to die because 46 was the age at which his father died. Somehow that symmetry made utter sense to my father. He was really little different from the ancients who read entrails or saw signs in eagles swooping or ravens flying. He believed that his death was pre-ordained and he would be struck down some time over the next 12 months.

My father wore his emotions on his sleeve but despite that, he was a lousy communicator. For virtually the whole year it was clear that something was worrying him, something was going on inside his head that was tying him up in knots, but no one could get at what it was.

The thing about believing you’re pre-destined to die at a certain time, the good thing about it that is, is that you are relieved of a lot of responsibility. There’s no reason to exercise or to stop smoking or to stop having five or six drinks every night. If you’re going to die anyway, what’s the point? Why fight it? Go with the flow. So that’s exactly what my father did, living his 46th year in as sybaritic a fashion as he could afford.

Some years earlier than this, when I was just about eight or nine, was the closest I had come to facing death. My father took me from our house in Yonkers to Philadelphia to go to the unveiling of his mother’s tombstone on the one-year anniversary of her death. He took me, not my older brother, and went without my mother. None of which I thought about at the time. He just told me we were going and we got into his 1962 Ford Country Squire station wagon with the red interior and went.

My mother must have backed out of going at the last minute because she didn’t like my father’s family. There were probably words over this, but my mother's inertia prevailed. As a consequence we were running late and had to leave the house in quite a hurry and without lunch. I remember stopping at a white brick Mobil gas station just over the George Washington Bridge on the Jersey side. Mobil’s symbol at the time was a red Pegasus horse and I could hardly take my eyes off of the creature. A winged horse as we flew through New Jersey.

When we finally got to Philadelphia where my grandmother’s tombstone was being unveiled, my father parked the station wagon and told me to sit tight in the car and not open the doors for anyone. He then left me there because he was afraid the scene at the cemetery would be upsetting to me. I sat alone and looked out the window at the red brick wall that ran around the graveyard. I was somewhat scared by the large and gloomy trees that lined the streets. Where I lived, the trees were spindly. These however were wet with rain and their leaves hung low, casting shadows. Between the looming trees and the mossy brick walls and sitting in the car alone for what seemed like a long time, I remember feeling very alone. I wished I had a winged horse and I could fly and find my father.

I suppose as an homage to surviving his pre-ordained last year on Earth, my father decided to once again to travel the 90 or so miles to Philadelphia to visit the graves of his parents. It was while he was there that he discovered that his father hadn’t died when he was 46 but rather he died when he was 50. 50, not 46.

It wound up that my father didn’t die for another 27 years. Yet we had no more trips alone together to Philadelphia or to anywhere else for that matter. And when my father turned 50 and believed it was time for him to die again, I had already left my parents’ house for college. So he had to worry about dying when his father did all by himself.
Posted by george tannenbaum at 6:01 PM