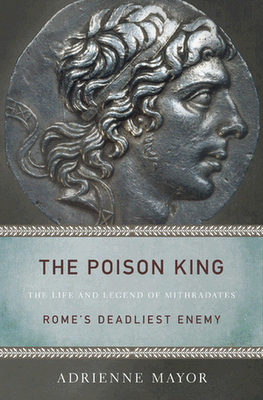 Right now I am about 7/8ths of the way through a wonderful book called "The Poison King, The Life and Legend of Mithradates Rome's Deadliest Enemy." Adrienne Mayor, the author makes the whole thing very readable and very learnable-from.

What I think makes this history fascinating is its congruence to the world today. I'm not talking about the seismic struggle between East and West or superpowers vs. rogue states. I see parallels to these struggles which took place around 85 BC to the advertising industry today.

Let's think about Lucullus, a Roman emperor as a holding company. Basically what Lucullus did was conquer cities (agencies), enslave people (those with jobs), rape people (those without jobs) and send almost unimaginable riches back to his home base. Also, to extend the metaphor, if an enemy general was captured, he wasn't usually killed right away. First he was paraded into Rome as a symbol of that which was taken over and then he was killed. Think about the heads of agencies subsumed by holding companies and then essentially castrated by those holding companies. One more thing is compared to the number of soldiers killed (The Mithradatic Wars were notoriously bloody) very few generals lost their lives. Hundreds of thousands of soldiers might perish for every general. That's kind of the way it seems in agency layoffs.

Finally, and I guess there's some perverse satisfaction in this, empires go belly-up. The territories they've conquered break off and re-establish themselves. At which point the whole megillah will begin again.
Posted by george tannenbaum at 9:28 AM