A story of no consequence.

A friend and some time partner just sent me a note. I don't know how or why, but it led me down the swirling drain of memory into my advertising past.

I'm teaching at two ad schools now, so my Monday and Tuesday evenings are booked from seven to ten. There's preparation beforehand--I usually compile a dossier on an advertising luminary from way back when, or I try to wrangle a friend to come into class who can provide a different perspective than mine. 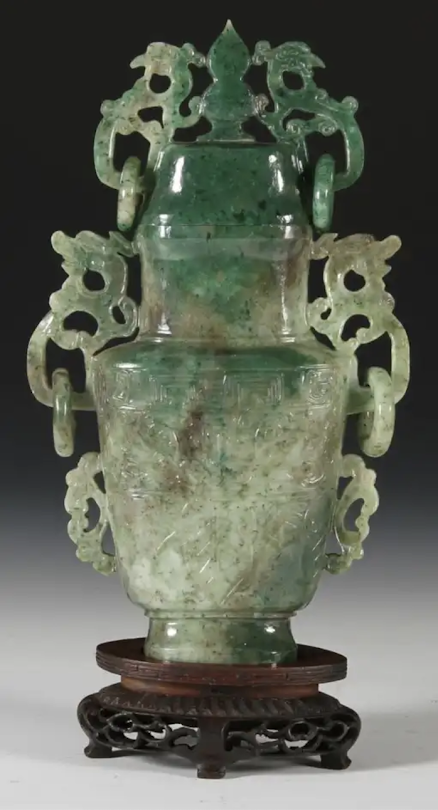 My "jadedness" puts the greatest works of the Ming Dynasty to shame.

In any event, I told my friend, I'll call him Marc, that I took only one class at the School of Visual Arts and Beastiality, and quickly got a job as a copywriter at the in-house advertising agency at Bloomingdale's, the Mecca of a department store on New York's Upper East Side, back from when New York had stores and was a city.

Not only was I tied to the whipping post and charged with writing twenty ads a week, 50 weeks a year, I had the opportunity to work for a young, brilliant creative director called John C. Jay.

I was probably 23 at the time. John might have been two or three years older. But he was already showing sustained periods of genius. And his genius at spotting trends and talent before they emerged was already evident.

I remember seeing a veritable who's who of photographers around our warren of dinky offices, including Norman Parkinson and Debra Turbeville.

John, and I, I wrote to Marc, are still in touch. Even after his vaunted success at Wieden and his continued ascent at Uniqlo and in the art world, John will drop me an occasional note or a snide comment on something I've written.

If we were both in New York, I'm not sure he'd deign to have a cup of coffee with me--and there's a chance I wouldn't be admitted into any place he regularly frequents, but still, we are connected, no matter how tangentially.

None of what I did made John happy. He had an idea--a visual idea--and he wanted me to write to accommodate it. Having at this point already written a couple of thousand ads, I was pretty adept at getting things writ in the requisite style.

John said, "I want the headline to be shaped like an inverted pyramid. Can you write something like that?"

The little image below explains all you need to know. 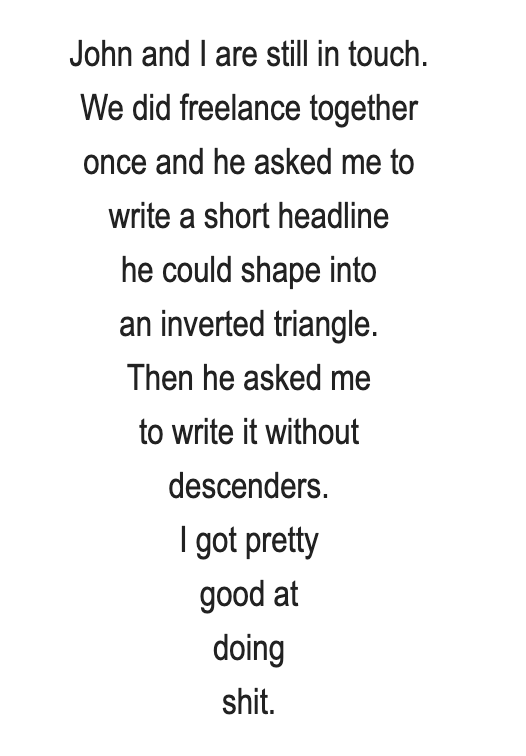 I'm not sure what happened with this particular ad. And I was never really impressed with it. Come to think of it, I'm not sure he ever paid me.