I don't miss you.

Nothing is quite as counter-intuitive as an entity--a company, a business, a friend or lover, even an idea that has out-lived its usefulness.

When the 39th-best pizza place in your neighborhood closes, you don't shake your head, rend your garments, raise your fist to the heavens and shout "why?!"

You don't miss them at all. If you think about them at all, you might wonder why they went into business in the first place.

The flip-side of that is pretty easy to get to.

If a loved one has died you think, "I really miss Nancy." If your favorite bagel place has closed you think, "I wish H&H were still open." If you're in business and your business is suffering you might say, "I wish I had Steve Hayden here to help me" or something like that.

Would I miss them if they were gone?

[There was a place my friends and I hung out when we were teenagers, called Cook's. It was a barn of a place and a cafeteria. They served 200 different kinds of foods, from a really good and fatty corned beef sandwich from a real steamtable to crunchy hot-dogs to crispy french fries to about 20 different flavors of ice cream and all kinds of splits and floats and Sundaes. What's more, they were open late. They had a penny arcade in the back. And girls would hang out there as well as boys. So in 1973, when you were drunk and looking for something soft, it was the place. I miss it today. Almost 50 years later.]

Of late, the 1962 New York Mets of advertising holding companies, WPP, has merged half-a-dozen famous advertising agencies out of existence. 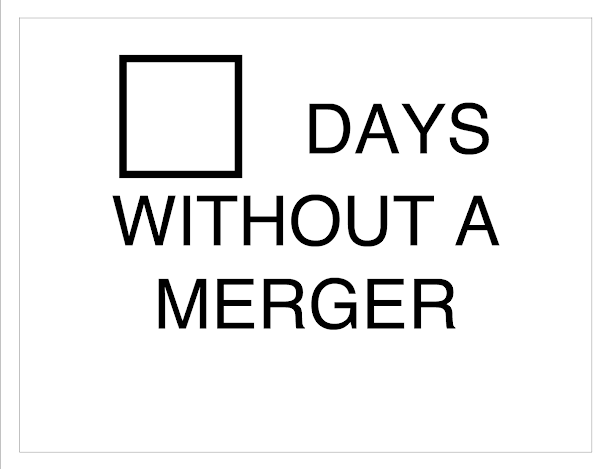 They'll deny that of course.
A lot of Germans in 1943 denied that Stalingrad was a mistake as well.
I can imagine a client, big, small or in between, at some point in their lives saying aloud, "I wish I had Grey in the room." Or "I wish I had Ed Ney from Y&R or Steve Frankfurt or someone here to help." Or "I could use some people from J. Walter to help me solve this gnarly problem."
I can imagine all that.
You probably can, too.
What I can't imagine is a client saying, "Damn, I need some WPP to help me manage my digital transformation and improve my balance sheet." Especially since WPP is about as transformed as a ham sandwich in a kosher restaurant and has as much balance sheet acuity as Donald Trump rolling loaded dice.
Maybe it's too Jewish and too Old Testament to write, "your value can't really be gauged until people will figure out how much they'll miss you when you're gone."
But to my eyes it seems like a lot is gone from the industry. The aforementioned Grey, JWT, Y&R. Not perfect, certainly. Maybe today not even viable. But at least with centuries of track-record in building and supporting important brands. Experience. Muscle-memory.
What's left still standing for now is an entity called WPP. Which to paraphrase Winston Churchill is a "nothing, wrapped in a nihil, supported by a void." Or, better, in the words of Samuel Beckett in "Waiting for Godot," "There's no lack of void."
No one ever in the history of marketing or no one in the history of America's $22 trillion economy has ever said, "Margaret, I've got a sales problem, or a marketing problem, or a relevance issue--get me a technocratic bean-counter on the phone."
I'm a lugubrious son-of-a-bitch. I don't see the glass half-empty, I don't see the glass at all. But I can't see any reasons why for holding companies like WPP. Outside of a "nobody ever got fired for hiring IBM"-sort of thinking, it's hard for me to put a finger on what value such companies provide, or even what they do.
I suppose it has something to do with scalability, robustness and compliance.
But I don't really know what those words mean, either.
Scrolling back to the top, I have the sense that the 39th-best pizza place in my neighborhood is about to close for good. But that's ok. As Yogi Berra might have said, "No one even goes there anyway."

Posted by george tannenbaum at 6:45 AM