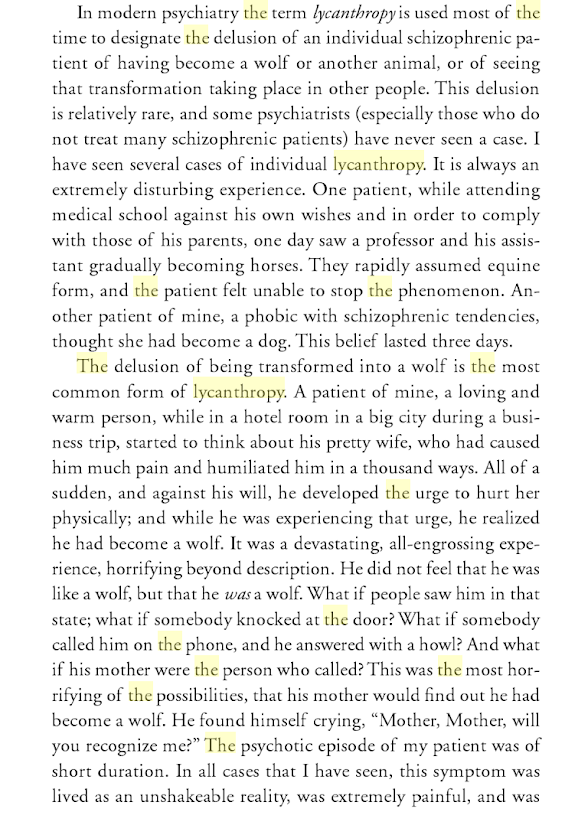 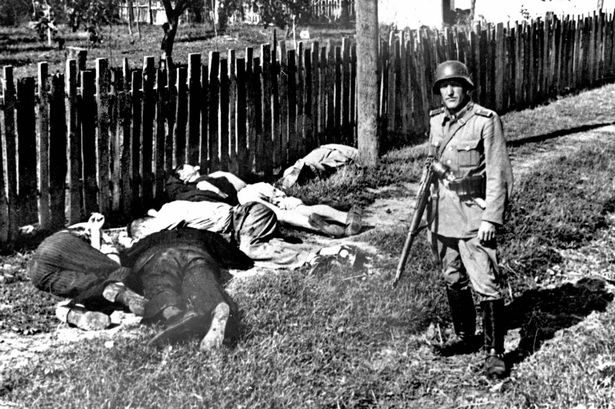 Lycanthropy is, literally, when humans turn into wolves, or sometimes dogs, or sometimes, like Odysseus’ men before Circe, pigs. Lycanthropy is not some Georgian weirdness. It’s not me speaking in metaphor. It’s when humans turn into wolves.
It’s an ailment rare but well-documented in psychological annals. Arieti writes about it as a psychiatrist and a Jew in WWII Italy where he is confronted by a snarling, salivating wolf in a Nazi uniform, formerly a human. If you think this is bullshit, consider the enduring mythology around werewolves. Or accounts of Lycanthropy in the Torah, Daniel 4 specifically, as when Nebuchadbnezzar’s “dwelling shall be with the beasts of the field.  They shall drive you from men, and make you eat grass like oxen…”
It is also believed that King Tiridates III of Armenia suffered from Lycanthropy. He was said to be cured by Gregory the Illuminator. As a sign of his gratitude, Tiridates proclaimed Christianity Armenia’s state religion, making Armenia the first Christian state.
In my lifetime I remember early on seeing these photographs--and wondering, even at the age of eight or nine, are humans human? Are those dogs attacking men? Or wolves? Or wolfmen? 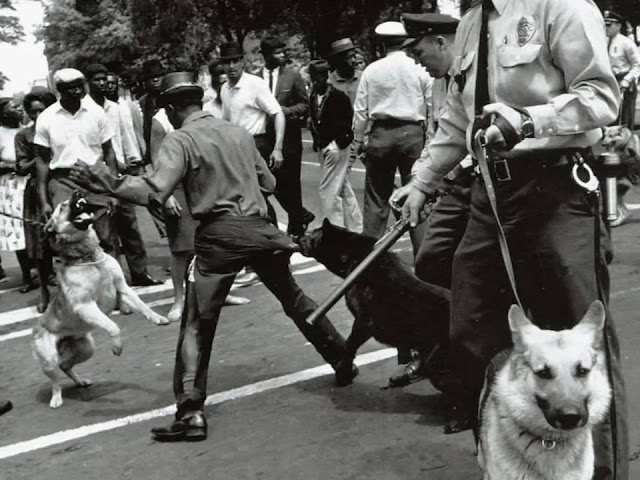 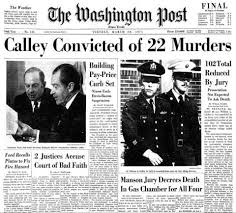 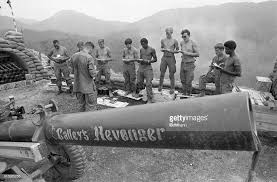