A bit of personal history. 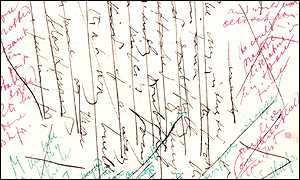 I started writing this blog at the suggestion of a dear friend and mensch. I was unemployed and while freelancing quite a bit, my processors weren't spinning as much as they should have.

He told me to write a blog. I thought it was a pretty boneheaded idea. But this friend is brilliant, so I did. And doing so wound up teaching me a lot.

First off, listen to smart people. Second, if you're a writer, write everyday. Even if it's the writing equivalent of nothing more than a brush-stroke. Write. Find something that enrages you, or excites you, or moves you or somethings you and write about it. Keep in practice. Keep sharp and mentally acute. Put pressure on yourself. And write about something you care about.

It's not important that no one reads this. Why is it unimportant that no one reads this? Because it's about doing things, not just talking about things. This is from Jean Renoir, the great film director: "In 1936 I made a picture named La Grande Illusion in which I tried to express all my deep feelings for the cause of peace. This film was very successful. Three years later the war broke out. That is the only answer I can find."

--
By the way, the photo I've attached is of a small portion of the original manuscript of James Joyce's Ulysses.
Posted by george tannenbaum at 6:00 PM

and it's more than therapy.
i started learning new computer programs when i was under-utilized.
That was kind of depressing however. Because it takes a while before you can start to use them in any meaningful way.
but the mind needs constant challenging, otherwise it turns against itself and becomes destructive.