Ford has the same idea. 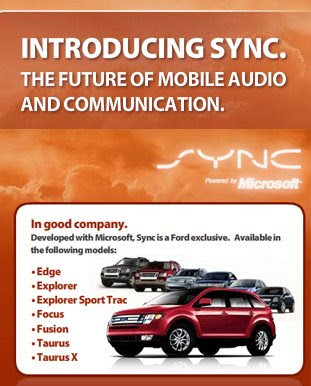 Now children, there used to be a company called Ford. At one time they sold one out of every two cars in the world. But then for fifty years they produced a lousy, heavily polluting product that broke down on a schedule while world-wide competitors introduced better products and better service. By 2008, Ford's market share was down approximately 75% from its peak and instead of revamping their company, Ford decided to come up with yet another new advertising campaign.

Ford, children, has forgotten that for many consumers--for instance, the 12% of the US population that lives in California, they cannot even give away a car. In fact, for most people giving away a Ford is like giving away herpes. Nobody wants it. So, rather than changing the way they do business or developing a way to let people sample their wares without dealing with odious car-salesmen, Ford came up with a new slogan: "Drive One" which they claim is akin to Nike's "Just Do It." Mind you, according to the merrily fascist Wall Street Journal, this is Ford's 9th new slogan in the last 30-years, including zingers such as: "Quality is Job 1," "No Boundaries," "Look Again," and "Bold Moves."

Ford lost $15 billion over 2006 and 2007 and into 2008. So they hired as their CEO former head of defense contractor Boeing--hoping that they can convince the warmongerment in Washington that they are vital to our national security, but in truth, Ford's decline was inexorable.

They tried to solve a 21st century problem--global competition--with a mid-20th century solution--massvertising. They didn't realize that people had stopped listening, and stopped caring years earlier.
Posted by george tannenbaum at 7:17 AM