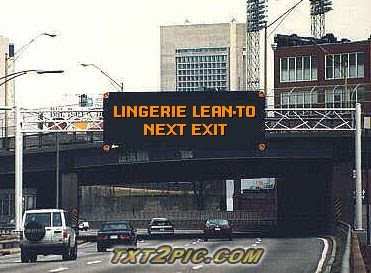 There's a flap going on in the ad world now about Butler Shine rebranding Radio Shack "The Shack."

I've never understood stores that call themselves Shacks, or Barns, or Hovels, or Holes. Let me put it this way, Victoria's Secret is way more seductive than the name
"The Lingerie Lean-to" or "The Panty Pied-a-Terre."

Radio Shack will blow no matter what it's called.
Get over it.
Posted by george tannenbaum at 12:35 PM